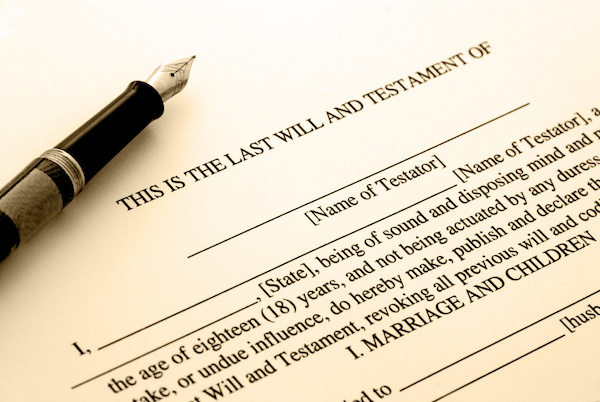 Restrictions and conditions on inheritance

Recent newspaper and magazine articles have reported that a surprisingly high percentage of Canadians do not have Wills. In my opinion, not having a Will is not a good idea.You owe it to your heirs to create some sort of pathway or guide to what you want to do with your assets. It will make finalizing your affairs following your death much easier for your family.

Perhaps surprising to some, there are certain restrictions on the beneficiaries and also conditions on inheritance that one can have in a Will.

A New Brunswick case and an Ontario case, which both deal with testamentary freedom, are currently headed to the Supreme Court of Canada.The outcome of these cases has Wills and estates practitioners quite excited, and it is normally quite hard to make them excited.

The basic legal principle is that one can dispose of his or her assets as he or she wishes. Over time, there have been minimal statutory and case law restrictions on this principle:
• The Ontario Succession Law Reform Act says that a dependant of a deceased must receive a certain level of support from either the dependant’s or the deceased’s assets.
• The Ontario Family Law Act says that a deceased’s spouse can make an election to take his/her entitlement through the deceased’s Will or receive an equalization payment from the estate based on Family Law Act calculations.

The case law has said that there are public policy reasons to void certain types of bequests.This is the area that the Supreme Court of Canada will be asked to consider.

Public policy is, unfortunately, not a defined term in case law relating to Wills. It generally means that a person cannot make a bequest if it conflicts with public morals or is illegal. This still does not seem very clear. Fortunately, there have been some cases where the courts have struck down bequests as being void because they are against public policy. Here are some examples of bequests that were struck down as void: • A bequest that imposes a condition or restriction on who (or what faith) a beneficiary can marry or remain married to.
• A bequest that states that a child will inherit if he or she is no longer living with a named parent;
• A bequest that states that a person will only inherit if he or she changes membership in a named church or faith
• A bequest that states that a person will inherit if he or she commits a crime or breaks a law in some way.
• A bequest that establishes a foundation to provide financial aid only to male persons (females could only receive 25 per cent of the maximum of amount available to males) and who were Caucasian, Protestant and of British heritage was modified by the Ontario court to delete these restrictions but allowed the financial aid.The court amended the terms of the foundation’s mandate to require it to provide equal financial aid to all persons who applied.

The two cases that will be considered by the Supreme Court of Canada are a New Brunswick case called McCorkill v. Streed and an Ontario case called Spence v. BMO Trust Company.

In the McCorkill case, the residue of the estate was left to a white supremacist/racist group in the United States called the National Alliance (a Virginia Corporation). The New Brunswick judge found through the evidence presented at the hearing that the National Alliance was a “neo-Nazi group … that promotes a political program parallel to the … National Socialist Party of Germany … including genocide, ethnic cleansing and the use of hate motivated violence and terror to achieve its aims.” The judge found that such activities would be illegal in Canada, both pursuant to the Criminal Code and Human Rights legislation. For these reasons, the judge held that the bequest to the National Alliance was void as it was contrary to public policy.This decision was upheld by the New Brunswick Court of Appeal.

In the Spence case, Mr. Spence lived in Ontario and died in 2013. He was divorced. He had two adult daughters — both with children. One daughter, Donna, lived in England and had little contact with Mr. Spence. The second daughter, Verolin, had lived with Mr. Spence for many years. Mr. Spence had been very close to Verolin and had supported her financially, including providing financial assistance to enable her to obtain undergraduate and graduate university degrees. This all ended in 2002 when Verolin advised her father that she was pregnant and the father of her unborn son was Caucasian. Mr. Spence was not Caucasian.

Mr. Spence thereupon cut off all personal and financial ties with Verolin and her son. In 2010, Mr. Spence changed his Will, leaving his entire estate to his daughter Donna. He put the following statement in his will regarding Verolin:

“I specifically bequeath nothing to my daughter, [Verolin Spence], as she has had no communication with me for several years and has shown no interest in me as a father.”

The Ontario Superior Court held that this was not true.Verolin had made numerous attempts to re- establish contact with Mr. Spence from 2002 to his death in 2013, but to no avail.

The Ontario Superior Court held that Mr. Spence’s Will should be void and set aside because it was contrary to public policy. The Ontario Court of Appeal reversed this decision. It held that there are relatively clear areas where public policy can be used to declare a Will void. But public policy needs to be balanced with the freedom of a testator to dispose of his or her assets as he or she might wish.

The Court of Appeal stated that in disinheriting Verolin in his Will, Mr. Spence did not contravene public policy.

From time to time, I have had a client ask me to draft a Will whereby a family member is disentitled. This then generates an extensive conversation with the client. Sometimes the client changes his or her mind. Sometimes he or she does not change her mind. If not, particular care must be taken by the lawyer to comply with the current case law.Time will tell whether or not the law will be clarified or changed by the Supreme Court of Canada.

When someone learns that he or she has not been included in a Will, various human emotions come into play. I have found that anger is one of these emotions, and anger usually involves consultation with a lawyer. If you have made a Will and have purposely not included a person who would otherwise have been a beneficiary of your estate,you might want to consult with a lawyer to determine if this removal is a good idea.

Estate litigation is expensive and damages family relationships for a long time, if not permanently. Making changes to your Will to prevent such damage is normally a better use of your money. n 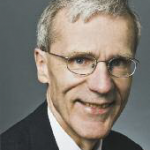 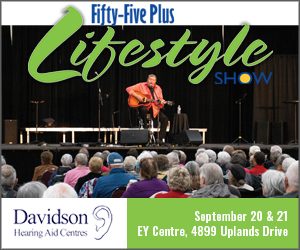 You Simply Can’t Afford to Buy Travel Insurance Based on Price Alone!

Out-of-Country Travel Insurance… It’s a Necessity, Not a Luxury