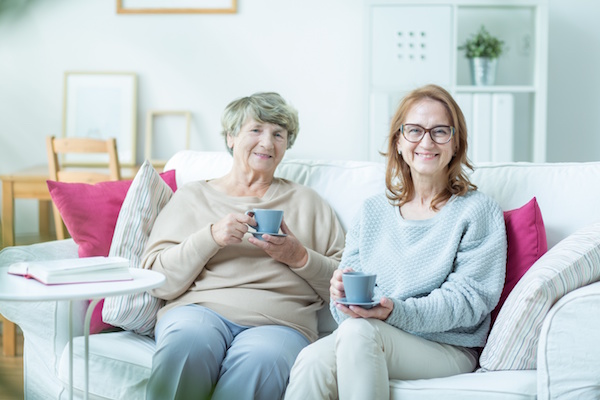 Whether you’re the daughter of a mother, the mother of a daughter — or both, there’s a great deal of power in your shared stories.

When faced with adversity, humans make meaning of their experiences through storytelling. Scholars also have found that women, in particular, express their emotions through “narrative sense-making” and relate to and support each other by telling stories in everyday contexts. This is especially true when it comes to mothers and daughters.

Now, a study from a University of Missouri  professor has found that daughters “re-author” stories about adversity over time, often increasing the positivity of those stories through narrative. Scientists believe these changes in storytelling can improve mother and daughter relationships and also their well-being.

“If mothers can foster warmth and affection in their conversations, and if daughters listen to their mother’s perspective, the conversations can help daughters work through negative emotions associated with stress.”

“The goal of the research was to understand how communication can change the way daughters make sense of their experiences,” says Haley Horstman, assistant professor of interpersonal and family communication in the College of Arts and Science at MU.

“When dealing with difficult situations from death to problems in school, how a daughter communicates with her mother will impact her overall well-being. We wanted to learn how aspects of interpersonal communication such as perspective-taking, coherence and taking turns impact how we make sense of adversity.”

In the study, Horstman had 62 daughters write out a story of a difficulty they were experiencing and complete a well-being survey. The daughters then met with their mothers to tell their stories. Two days later, the daughters completed another written survey with the story-writing prompt and measures of well-being. In analyzing the results, Horstman found the stories between mothers and daughters changed over time and with respect to qualities of the mother-daughter conversation.

Researchers found that by taking turns and sharing each other’s perspective during their conversation, daughters tended to write their stories more positively over time.

“The takeaway of this study is that our narratives matter,” says Horstman. “Interpersonal communication has the power to change the way we make sense of our lives. If mothers can foster warmth and affection in their conversations, and if daughters listen to their mother’s perspective, the conversations can help daughters work through negative emotions associated with stress.”