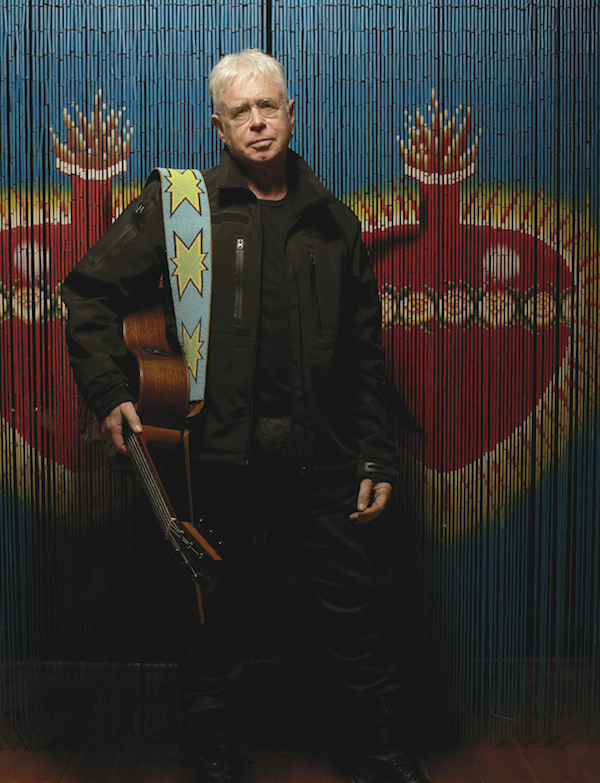 Bruce Cockburn paints pictures of his life through Rumours of Glory

“I don’t get out much anymore.” So jokes singer, songwriter, guitarist, political and human rights activist, environmentalist and Christian thinker, Bruce Cockburn. Does this mean that, after more than 40 years on stage and some seven million recordings sold worldwide, the award-winning Canadian musician is thinking about retirement?
“No,” says Bruce, who celebrated his 70th birthday in May 2015. “I’m not even slightly retired, although I have more of an ability to pick and choose now. But I happen to be in an occupation where retiring is not an obvious thing to do. What would I retire from? Would I stop playing the guitar? I might have to stop playing some day because my hands are arthritic, but not yet.  And I’m always working, even when I’m on vacation.I still have to practise and I might be writing a song.”

“Having a young child around keeps you young,” he says, “and it’s utterly exhausting, but feels pretty good otherwise. It’s a young person’s game in terms of energy, but the tradeoff is that I have a vastly broader perspective and I am much more available to this child than I was to my older daughter, Jenny, back in the day. That’s partly because I’ve added a lot to who I am over the years and partly because my life is different. 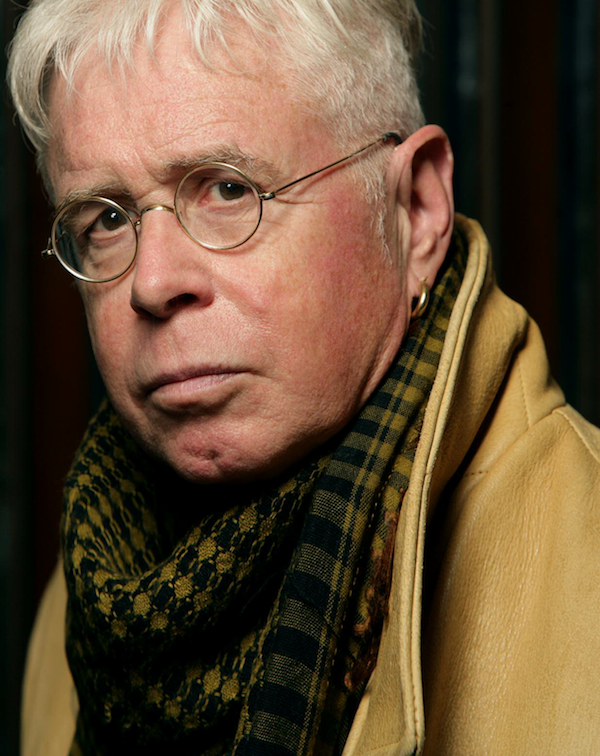 “I’ve never been a long-term planner,” adds Bruce, who is now based in San Francisco, as his wife, M.J. Hannett — 30 years his junior— is an attorney working with the U.S. Department of Homeland Security. “The closest I have to a plan is that I want to be around for as much of Iona’s life as I can.” Bruce also has grandchildren living in Montreal — Jenny’s offspring — somewhat older than his second child. “There’s a certain amusement factor in that,” he admits, sounding totally at ease.

This may be primarily because of his comfort with his family situation, but probably also because the publication of his memoir, Rumours of Glory, is behind him. This venture, co-written with journalist Greg King, was the result of a request from the publisher, HarperCollins, to produce a “spiritual memoir.”

“That was the phrase the publishers used,” says Bruce.“I didn’t know what that was — I’m not sure they did either — but I took it to mean that I was to write about my life with emphasis on the spiritual side of things.That was something that I probably have done anyway.”

Initially, he says, he worked on the project alone, but 100 pages in, he had trouble moving forward. 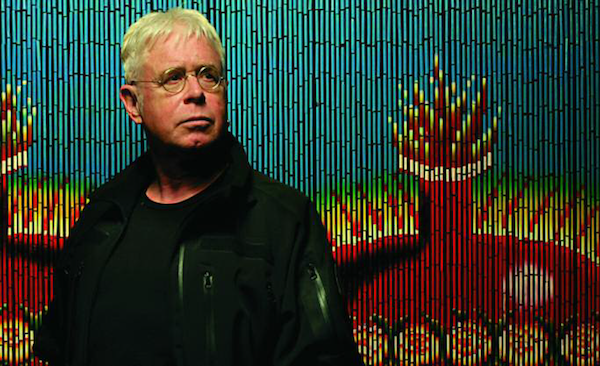 “When I thought I was writing the book myself, I hired Greg to interview me after shows to get the memories out,” he says. “I found just sitting at a desk thinking about what had happened and when it was very difficult. Greg came on the tour bus with me for a couple of weeks and, after shows, the routine was to get back on the bus and go to the next town. It always takes me a couple of hours to wind down after a show, so it was a good time to sit and talk.We got pages and pages of material that way. When I got stuck and realized I needed an accomplice, this material was the basis of what he wrote and sent to me. I would then rewrite to make it sound more like me.”

So Rumours of Glory came into being. It took some three years to complete the lengthy work, in which, he says, “I wanted to paint pictures of what I encounter, feel, and think.”

Music, he emphasizes in the “overture” [introduction] to the memoir, has had a profound effect on him throughout his life.“Music is my diary, my anchor through anguish and joy, a channel for the heart,” he writes. “In a way, we, and all living things, are made of music. The time and psychic space to produce music to any depth can also generate understandings that might otherwise remain elusive. Music eased my searching, and often angry, adolescent soul. My grown-up wanderings, sometimes no less angry, are largely catalyzed by, and reflective of, music.” 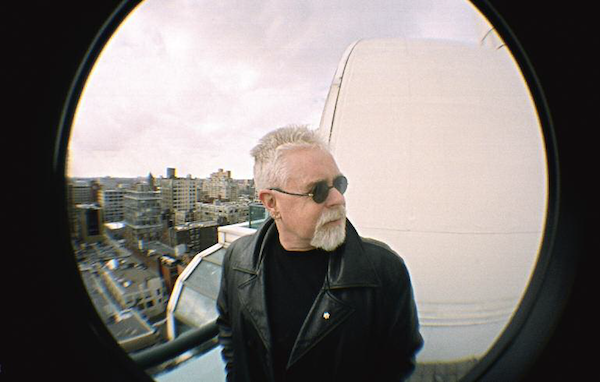 Even before he found an old guitar in his grandmother’s attic as a teenager, music was important to the Ottawa-born artist, who wrote in his high school yearbook in 1963, when he graduated from Nepean High School, that, he wanted to be a musician. He tried an academic approach at Boston’s Berklee School of Music for a year before joining such bands as The Children and The Esquires in Ottawa, and The Flying Circus in Toronto. By 1970, when he released the first of 31 albums as a solo artist, that wish was a reality.

“I wasn’t really interested in political stuff, but I’ve always been interested in history unfolding; not with any kind of agenda, just with curiosity.”

Throughout his career, his journey through a variety of musical styles, including folk music, jazz, blues, rock, and world beat, has informed his cultural context, his relationships, and his religious and political views.

His memoir offers insights into his family life, his relationships, his religious views and his political and human rights activism. And because his music and lyrics have so frequently been inspired by his involvement in the world around him, (the main reason he usually writes the lyrics and then sets them to music), Bruce has made them the thread which binds the memoir.

“The obvious thing was to connect the writing to the songs, because they have a lot to say about what I have experienced,” says Bruce, who has travelled the world as a musician and as a political activist.

Given the form of the book, the natural next step was to develop an accompanying DVD/CD package, also entitled Rumours of Glory — the title of one of his songs.

“That was an after-the-fact decision, but a good one I think,” he says. “The idea was to create a boxed set out of all the songs mentioned in the book, in the order that they appear.We may have messed up the order once or twice, but that was what we wanted to do. To that, we added a concert DVD and CD of so-called rarities — tracks from tribute albums like a Pete Seeger song and something I did for Gordon Lightfoot, and a couple of demos that never got released.” 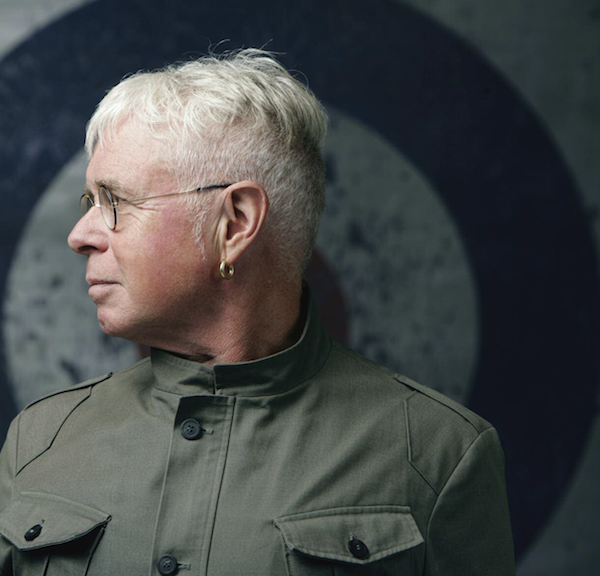 Known as much for his Christian beliefs, his involvement in human rights and his long-time political activism as for his many awards as a singer and songwriter, Bruce, an Officer of the Order of Canada and a member of the Canadian Music Hall of Fame, says he first became politically aware in the 1970s, singing and playing in various parts of Canada.

“That was when I started travelling across western Canada and began meeting aboriginal people,” he says. “I didn’t know any native people when I was growing up.When I travelled, I met my peers and saw that they had had a vastly different life experience from mine. That really brought home to me a set of conditions that I knew of, but now they had a personal face and that touched me very deeply.

“I had been raised to think that art and politics didn’t mix,” he adds. “That art would be tainted by any whiff of the political. I think what the teachers were trying to say was that it would be propaganda — that’s giving them the benefit of the doubt. I wasn’t really interested in political stuff, but I’ve always been interested in history unfolding; not with any kind of agenda, just with curiosity. My views really changed in the early 1980s, when I first travelled to Central America. Anything that was left of the separation of art and politics vanished at that point. It became clear that politics was a vital part of the human experience.

“It became apparent in this period,” continues Bruce, who was often referred to as “that Christian singer” in the early 1970s (one of the nine honourary doctorates he has been awarded is in divinity), “that you can’t afford to be loving your neighbours and put up with injustice. Something has to be said, and because of the premise from which I approach songwriting, experiences that I found touching landed up in my songs.”

Through most of his career, Bruce has spoken out on a wide range of issues, firm in his opposition to all manner of inhumane treatment of others, railing against atrocities in war-torn countries — visiting victims of war in Afghanistan, Cambodia, Central America, Chile, Iraq, Mozambique and Vietnam — native rights, the horrors of landmines, corporate control and crime and environmental issues. 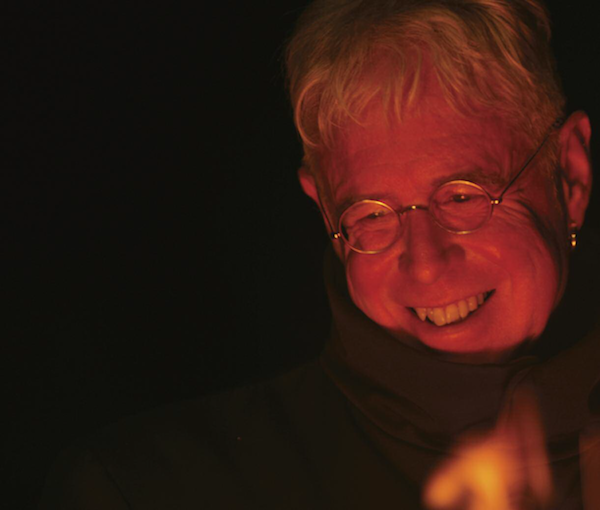 He is equally direct in talking about his personal life in his memoir. From being a shy kid who found it difficult to make friends, finding love through his 11- year marriage to his first wife, Kitty, and talking about several other relationships that were important to him.

“That’s a whole new story,” he says. “Everything took a sudden shift sideways. My life now is going in a different direction that has been good from the start, but it’s all still unfolding. If I wait long enough, I may forget how hard it was to write the book and get on with volume two, but for now, I am just starting to think of myself as a songwriter again.”

Meanwhile, he continues touring as an entertainer. Recent tours include time in Tallahassee, Florida, the North Eastern U.S., and Belfast, Northern Ireland. Playing to large audiences, he comments, is less worrying than being in an intimate setting.

“The bigger the hall and the larger the audience, the more it feels like anonymity, because the audience becomes its own animal and you are playing to the collective psyche,” says Bruce. “That mitigates the shyness I feel. The hardest gig in the world is to sit in a room with six people and play them songs. I put my heart in my songs and it can be pretty difficult when you make eye contact with everybody and feel you are revealing yourself.”