A lesson for life
By Barbara Florio Graham 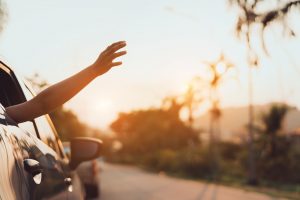 When my father died, no dignitaries praised his accomplishments. He was a simple man with little education, an automobile mechanic who worked hard all his life and never had much to say.

My mother was the one who was full of proverbs, wise advice, and quotations from books she’d read.

But it turns out my father’s lessons were most valuable. When he taught me to drive, he imparted a sense of values that I’ve applied to every area of my life.

If you asked me to list the guidelines that I’ve lived by, I think they’d correspond to my dad’s driving lessons:
• Plan your route. If you don’t know how to get there, you’ll never reach your destination.
• Allow extra time in case anything goes wrong.
• Stay in line.
• Pay attention.
• Don’t go to dangerous places.
• When you run into a problem, keep your head.
• Give the other guy a break.
• Watch professionals as they work; ask questions; listen and learn.

When I moved a thousand miles away to live on my own, I no longer had one of my father’s fleet of vehicles to drive. As the end of my first year of teaching approached, I wrote to my parents to tell them I planned to rent a piano for the summer and buy a car. I knew my father would be able to tell me which new cars offered the best value and looked forward to his recommendation.

I was surprised at the answer. “Daddy says you should buy a piano instead of a car,” my mother wrote. “He thinks you should find a small gas station nearby and ask the owner if he could look around for a used car for you. He says forget about how the outside looks; check under the hood and listen to how it runs.

It was typical for my mother to speak for him. He didn’t write letters.

“Daddy says you know how a well-maintained car should sound. He thinks you should only pay a couple of hundred dollars for an old car and put whatever you planned to pay each month for a new car towards buying a piano.”

It sits here in my living room: the ebony Chickering console piano bought for $1,598.30, including three years ’financing charges, in 1961.

The faded blue 1954 Plymouth I bought for $250 the same year, took me everywhere I wanted to go for three years. The owner of the Shell station where I bought all my gas, found me a replacement pin at the junk yard when the steering needed fixing, and other than that, it never gave me any trouble.

When the air filter started to stick, I watched him use a screwdriver to flip it open. I still have the long screwdriver my father gave me to keep in the car so I could do this myself.

In 1964, I sold the Plymouth for $125, to a mechanic friend of the Shell station owner, who used it for parts.

I now drive a 1995 Ford Escort that I’ve kept in good condition following my father’s advice.

My father loved to hear me play, and his favorites were the Chopin waltzes and etudes.

“You’ve got a good teacher,” he often said, when he listened to me practice.

But the piano teachers who had studied abroad and the university professors with multiple degrees, don’t match my father with his grade-six education.

He was the best teacher I ever had.

Barbara Florio Graham is an award-winning author and writing coach. Her popular website is at SimonTeakettle.com.