Celebrating the Scottish poet with a wee dram?
The Bard of Ayrshire himself would approve!

As a young female professional, I oftentimes surprise people with my knowledge and enthusiasm for whisky. Most of us, even myself back in the day, saw whisky as a masculine drink with an exclusively mature following. How could you not? The price alone steers younger buyers for away from it and the assumptions surrounding its sophistication and expected following are hugely intimidating. Then I learned that it doesn’t have to be that way. 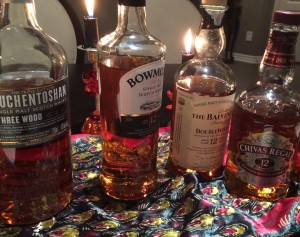 I have always had a great curiosity for history and during my whisky enlightenment I came to realize how this water of life has such multidimensional characteristics that it doesn’t just intrigue our senses, but also our minds. Learning about its history, how it’s made, how geography affects it and, of course, what it tastes like has perhaps brought me to appreciate it decades before my time.

First of all, when I learned that whisky is distilled beer, my mind was blown! In this very concise summary of how it’s made, perhaps your mind may be blown too.

Note: any bottle of whisky displaying an age statements on its label must be the minimum age of the barrel maturation that whisky.

After oak aging, the whisky is blended and bottled. Some producers will experiment with “cask finishing” features to add a little edge to their whisky. Finally, whisky will be whisky is watered down to a minimum 40% alcohol by volume when bottled. Do look out for cask strength whiskies though. They could be pretty fun to try! 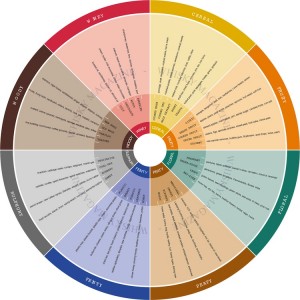 Where ever you may be in your discovery, here are four pleasant whiskies that will take you on a tour of Scotland. Give it a try and notice how you may come to appreciate this spirit in a whole new light.

Gaelic for “corner of the field”

Bowmore actually has their own malting facility!

Balvenie also has their own malting facility

So, start exploring yourself and discover your own preferences for whisky. It comes in many styles from all over the world so there is much to learn!