The Quaint Settlements of Cumberland and Rockland 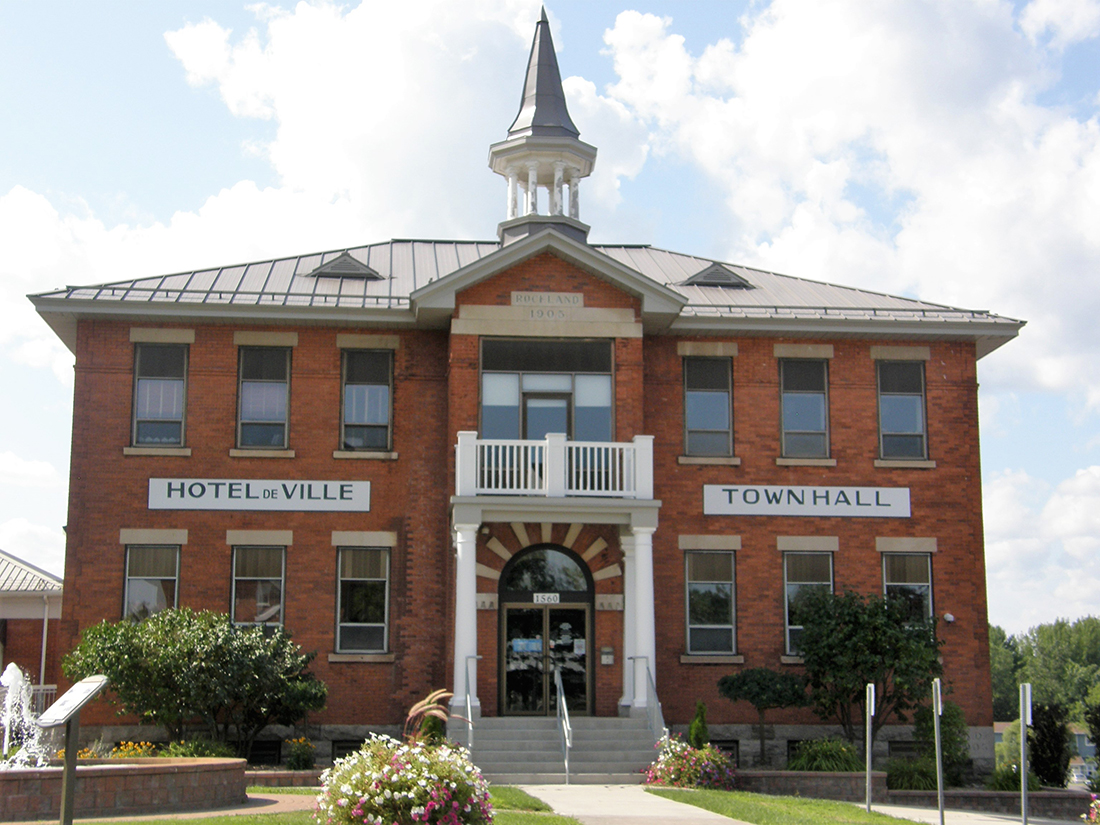 The scenery along the majestic Ottawa River just east of Ottawa is unparalleled. The sparkling water is dotted with islands, fishing and pleasure boat, and swooping water birds. The shoreline sports magnificent homes and mature forests. It is easy to see why the early explorers were thrilled to arrive at such opulent locations to bring settlers from Europe and south of the border.

The oldest settlement on the Ottawa River between Ottawa and Montreal saw the first settlers arrive in 1801. Abijah Dunning came from Massachusetts to settle in the area and acquired land holdings of 3,000 acres (1,215 hectares). Gabriel Foubert had already opened a trading post in 1799, and his son, Amable, married into the Dunning family. The majority of the settlers were Presbyterians who arrived after 1817 from Scotland and Northern Ireland. Numerous steamers forwarded goods and mail along the river and stopped daily to pick up passengers, freight and lumber. Named Cumberland in 1799, the village then became known as Foubertville and Osborne. The post office was established in 1844 and, in 1864, postmaster George G. Dunning renamed the community Cumberland after the township which honoured the fifth son of George III, Prince Ernest Augustus, Duke of Cumberland. Today, Cumberland is mainly a quiet, tree-shaded, residential community with a number of historic buildings.

The beautiful old stone building with the white balconies and trim at 2607 Montreal Road was built in 1883 by William Nelson Dunning. The house in Cumberland was known as ‘the doctor’s house’ from 1898 when it was taken over by Dr. James Ferguson and his wife, Susanna. The house also served as Dr. James Ferguson’s office; and, later, home to the family during World War I. The house was sold out of the family in 1978 and the once-more renovated house is now the Ze Kitchen Gastropub (613 833-3000) offering creative menu selections from traditional dishes to favourites from around the world.

The names of early settlers are still very much in evidence in the historical places in the village. The Wilson brothers built the store at 2565 Montreal Road in 1895 and is now an exquisite art gallery, Da Artisti (613 833-2565). The Hattie Dunning House at 2561 Montreal Road was built in 1805 by W. W. Dunning and served as a butcher shop. The Dunning House at 2545 Montreal Road was also built by W. W. Dunning for his widowed sister. John Watson operated the first Esso Garage in Eastern Ontario, which has now been moved to the Cumberland Museum. The Honourable Carine Wilson, a resident of Cumberland, as the first female senator in Canada, contributed greatly in many capacities until her death in 1962.

A stellar attraction just east of the Village is the Cumberland Heritage Village Museum (613 833-3059), 2940 Old Montreal Road. Located on 100 acres, the museum features 28 ‘living’ history buildings, including an operating sawmill, a one-room school house, farmsteads, a train station which serves also as the entry and information building, a church, a store and more. The museum is inhabited from 10 a.m. to five p.m. from Wednesday to Sunday from mid-May to the end of October by costumed interpreters who recreate life during the 1930s in a rural Ottawa village. The buildings have been moved from their original locations to the museum site. Events are centred around the village activities, including gardening, handicrafts, cloth-making, animals, etc. Special guests are invited for special occasions. The museum opens at Christmastime for special programs, such as sleigh rides and other events in a village full of lights and merriment.

The Cumberland Museum is the perfect summer setting for the outdoor productions of the Vintage Stock Theatre (vintagestock.on.ca). The group is dedicated to promoting heritage conservation and preservation through community theatre. Founded in 1995 as Friends of Cumberland Museum, the organization’s goal was to raise money for the museum and to support the museum’s small staff with programming and various events. When the museum was privatized by the Cumberland Council in 1997, it was decided that their goal would be to establish a permanent heritage theatre for the City of Ottawa. The Vintage Stock has mounted a number of original, fact-based productions celebrating the unique contributions of our ancestors. The group outreaches to the community by the production of murder mysteries.

The Cumberland Farmers’ Market (613 282-6527) takes over the grounds around the Cumberland Arena at 1115 Dunning Road from mid-June to Thanksgiving on Saturdays from eight a.m. to one p.m. The Black Walnut Bakery (613 884-6976), 979 Cameron Street, has an amazing selection of exquisite baked goods, both sweet and savoury, and offers a relaxing atmosphere to sample the goods.

Romantic cutter rides or sleigh rides along seven kilometres of bush from Christmas to March (or when the snow is deep enough) are offered by Beckett’s Creek Farm (613 833-2973), 3521 Old Montreal Road. Horse and carriage are available for weddings and catering can be arranged for parties.

Originally settled as a lumber town in the early part of the19th Century, the first known residents in the area were the Edwards family. John Edwards was a Baptist minister and established a meeting house in Clarence in 1822. However, the honour of the founding of the village is given to William Cameron Edwards who established two sawmills, the first in 1868. William Edwards became the postmaster in 1867 and is reputed to have called the community Rockland as a name which described the surrounding area. The sawmills were sold to the International Pulp and Paper Co. in 1920 and moved to Gatineau, along with half of the population of the community.

Rockland is home to a number of very interesting businesses.

Shoppers can enjoy dining at a variety of eating establishments.

For fast food, visitors can stop at:

There are many places to visit in this region and this article does not attempt to include all of them, but instead, has left many exciting attractions for the visitor to discover. It is meant to give potential visitors a glimpse into the community. Many people you will meet will share the history and information about the attractions and events so that you can continue to explore. Information is available from the Clarence-Rockland Chamber of Commerce (613 761-1954), 2452 Laurier Street, Rockland, or the Cumberland Heritage Village Museum (613 833-3059), 2940 Old Montreal Road.