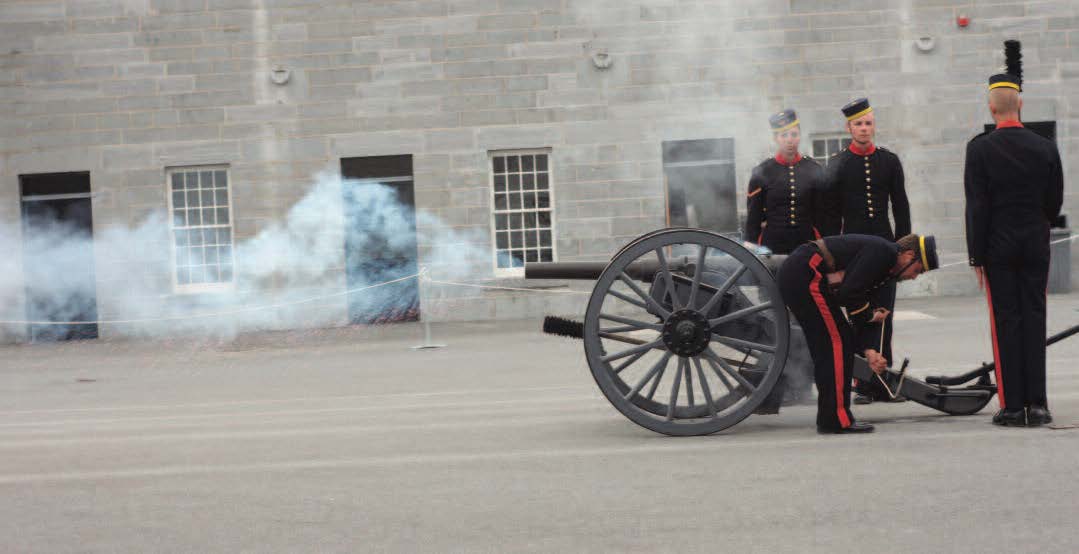 If you haven’t been to Kingston’s Fort Henry lately, or ever, plan a visit this summer. Better yet, get tickets for the annual Fort Henry Tattoo slated for July 27. This magnificent summer presentation showcases the drill and musical skills of various Canadian acts. But the lofty, picturesque setting will also dazzle you. Bands including fife, brass, pipe and drums fill the Parade Square with music during the tattoo, finishing with a flourish in a bands-and-fireworks grand finale. There are also daily guided tours of the19th-century British military fort, as well as sunset ceremonies on Wednesday evenings in the summer.

Once inside the fort’s wooden gates, you step back into 19th century military life, and you don’t want to miss the precision military demonstrations by the Fort Henry Guard. Fort Henry also offers dining on a large waterfront patio at the point of the Advanced Battery overlooking Lake Ontario, the Royal Military College and the City of Kingston. forthenry.com

Chamber music fans are in for a treat. Marking its 25th anniversary, the Ottawa International Chamber Music Festival is slated for July 25 to August 8 at Dominion-Chalmers Church, the National Gallery of Canada, and other venues in downtown Ottawa. The world’s largest festival of its kind, the annual summer event features classical piano, piano trios and string quartets, plus a wide variety of other live shows.

Highlights of this year’s fest include the Bytek Signature Series, presenting five programs to showcase international artists, exceptional collaborations and works ranging from the Beatles to Bach. The Marina Kun Series, celebrating deep roots and traditions, Essential Beethoven and Chamberfringe are also on the agenda. Outdoor concerts, midday concerts and chamber chats are part of the lineup too. Chamberfest’s popularity was underscored when it tied with Escapade Music Festival for the Event of the Year award at the Ottawa 2019 Ottawa Tourism Awards held in April of this year. See chamberfest.com for details and tickets.

The Beaches International Jazz Festival is taking place through July 28 in the Beach area of Toronto. The festival began in 1989, when local jazz artists were booked to perform at the Kew Gardens Bandshell. Since then, the festival has become a month-long mid-summer event that attracts thousands of fans and promotes Canadian jazz excellence. It’s one of the largest jazz festivals in North America. Highlights include the Latin Carnival July 12 to 14 at Woodbine Park, the TD Weekend Series July 19 to 21 at Woodbine Park, the TD Workshop Series July 22 to 24 at Mennonite New Life Centre, Streetfest July 25 to 27 on Queen Street East, the OLG Weekend Series July 26 to 28 at Woodbine Park, and the Beaches Fun Run July 28 on Martin Goodman Trail. beachesjazz.com