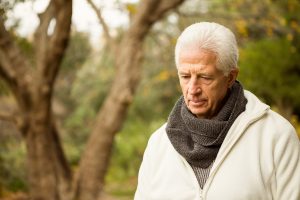 It is not just the result of this never-ending COVID-19 Pandemic, but lately, the feeling of being vulnerable has crept into my life. I really don’t like it. Is it just that I am getting older? After all, until I moved to Cornwall, I was a big-city dweller. I felt quite at ease walking from the bus stop or the subway station to my home fairly late at night as it was only a few blocks. True, I lived in a so-called safe neighbourhood, but there were no (or at least I felt that at the time) violent acts in the streets around where I lived. Perhaps I would find it different these days, some 35 years later.

Mind you, I would not even walk in parts of downtown Cornwall at midnight, even though I am sure it would be relatively safe since there are so many restaurants open. But vulnerability covers far more than being cautious on the streets.

Vulnerability is a lot deeper than that. We tend to view it as a weakness, but it is not a choice—it is part of our nature as humans. We need to accept that aspect of ourselves and learn from it—to realize our vulnerability and grow from it.

Before starting to write this column, I spoke with a good friend on the telephone. I am driving him this afternoon to pick up his new motorcycle. It is a motorcycle/scooter. However, he is a little nervous, and while he is getting used to no gears, no clutch, etc., he said he certainly felt vulnerable when he took it for a test drive. I will follow him home until he adjusts and does not feel vulnerable as he goes through traffic.

I find that during this pandemic, and let’s face it, our lives have been significantly impacted; there are situations where it is impossible not to feel vulnerable. Even when we are masked and distanced, the virus is lurking invisible—that is unnerving. I was walking with a friend when the variants were starting to impact the news. We were distanced, outside and masked, but when we passed people, all I could see in my mind were clouds of the virus hovering over them. I was glad we were outside.

Personal feelings of being vulnerable can be an Achilles heel. We know our weaknesses, but some of them are our imagination—seeing bogie men at every corner. I feel more vulnerable now that I am a senior; I am not as strong as I used to be, which affects my feeling of well-being. My dad taught me how to box, although that would not help much in the world today. I try to give myself a good talking to—which usually works but not always.

While I introduced the feeling of vulnerability resulting from living through the pandemic, I realize that everyone feels more isolated, insecure and defenceless. Zoom-ing doesn’t quite make the mark.

Even the delightful feeling of falling in love has an aspect of vulnerability. Love usually means opening up to the other person—they learn a lot about us, which, of course, creates a good relationship. True, it works in reverse, of course, but I have seen it happen that the people feel exposed after a breakup. Feeling vulnerable is a human reaction, and in some ways, that is good. Unfortunately, the internet adds to it with tales of being taken in by fraudulent schemes, of trying to find a partner online only to be ripped off, not to mention all the fake news.

The same friend who I am going to drive to get his new motorcycle was telling me that his cell phone tracks him. What? I asked incredulously. Maybe that’s one of the reasons I don’t have one. True it can be turned off, but even the thought that it can do that creeps me out.

There are so many areas where we can feel vulnerable. Because it is not something I am familiar with or like, I decided that the only way to deal with that feeling is to ensure it is not just my strange imagination, make sure there are no actual dangers and then do it. It is amazing how healthy action can have such an amazing therapeutic result. I still might not go bungee jumping, but I have promised myself that once the pandemic is over, I will go zip-lining. Hopefully, it will make a good column.

Lorna Foreman is a self-described 70-plus writer, author and artist who lives happily and creatively in Cornwall.