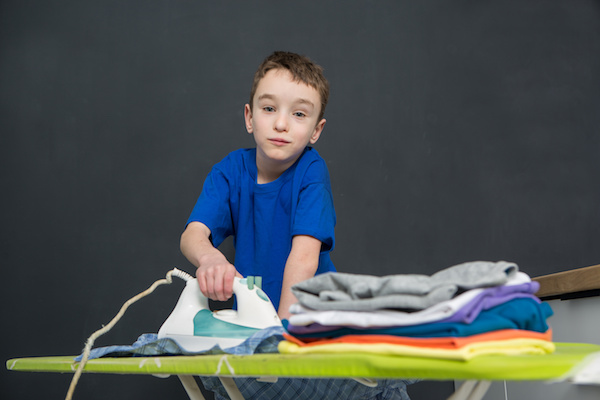 Do your grandkids help out around the house? Dishes, vacuuming, taking out the garbage, clearing the table after dinner – do they handle any of these responsibilities when they come to visit, or in their own homes? Do they make their own beds and do their own laundry or at least sort and fold the stuff from the dryer?

If you’re like a lot of people, you don’t believe they’re doing enough. In fact, three in five Canadians think children today are doing less housework compared to when they were young, causing a chore gap that could impact their development. These findings come from a survey conducted by Whirlpool Canada that also reveals 79 per cent of Canadians feel children who grow up without doing chores are more likely to grow up with an unhealthy sense of entitlement.

There are two main areas where grownups see chores influencing child development. When children have a positive attitude towards household tasks, 67 per cent of Canadians believe it causes increased independence and 57 per cent say they see an enhanced ability to work well with others. The survey builds off the Whirlpool Every Day, Care campaign that aims to change how people view the daily chores that are necessary to care for each other and ourselves.

Whirlpool has teamed up with parenting expert Alyson Schafer for a fresh look at the impact of housework. She says kids need to be involved in chores so they feel valued, and are set up for success when running their own homes.

“Too often children are excused from helping, or treated like indentured servants who resist being ordered around,” says Alyson. “Instead we need to invite them to help and participate in the jobs needed to keep the home running smoothly. It’s these contributions and helpfulness that make children feel valued, feel a part of the family, and build life skills for when they set up their own home.”

– Introduce chores early (when kids are motivated) so children develop the expectation that they are always to help out.

– Spread your good attitude by making chores a pleasurable time/memory. (Folding laundry can be as fun as making muffins together if you approach it that way!).

– Rather than assigning tasks, make a list of jobs and let kids pick for themselves, changing the job.

89 per cent of Canadians surveyed feel parents need to lead by example if they expect their children to adopt a positive attitude to doing household chores. Grandparents can set a good example too!

59 per cent of those surveyed feel it is most appropriate to start giving children household chores when they are between five and eight years old, while 27 per cent view the ages of nine to eleven years the best time to start giving chores to children 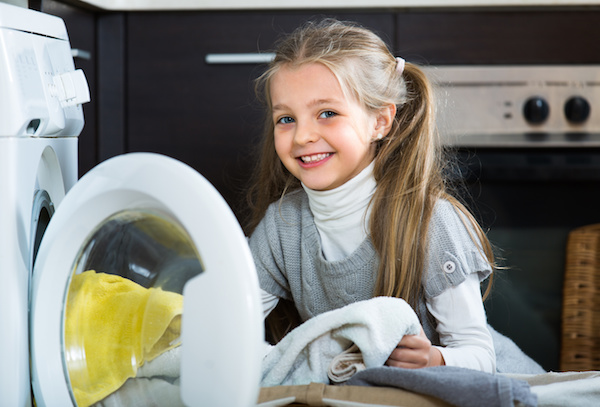 Among parents surveyed with children at home, 50 per cent describe their household as opting for a clear division of responsibility, while only 28 per cent say they try to do chores together and 20 per cent of parents do all of the chores themselves.