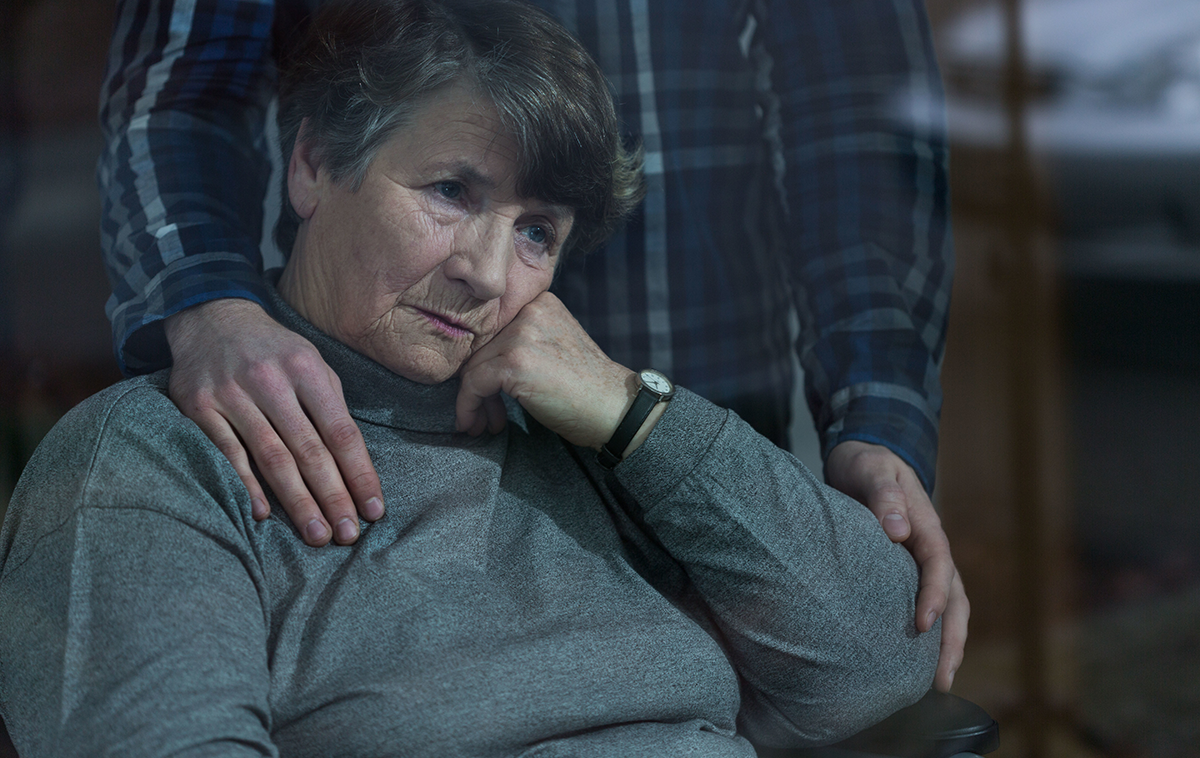 The pain and suffering of grandparent alienation

A few months ago, I learned about Alienated Grandparents Anonymous and had the opportunity to talk with some grandmothers who attend this important support group. I was saddened by their stories, gladdened to hear how the group helps them and many others in their situation, and compelled to learn more about the problem of grandparent alienation.

Grandparent alienation happens when parents become estranged from their adult child and his or her partner, who then block access and contact with their grandchildren and/or influence the child to dislike his or her grandparent(s). Sometimes, grandparents are not banned outright but are kept on the margins of family activities. They never know if they will be allowed to babysit or if they will be invited to family celebrations.

Grandparent alienation happens in families with all levels of income and education and in a variety of family circumstances, most commonly when: •the grandparent is estranged from his/her adult child who refuses to grant access to the grandchildren, or
•the son-in-law/daughter-in-law refuses to grant the grandparent access to the grandchildren (often following a separation, divorce or death of a spouse).

This estrangement leaves families divided, unable to truly understand what is going on and why it is happening. Adult children have trouble explaining their feelings and actions; the grandparents don’t know what they did or failed to do; and grandchildren are left out, confused and lonely. Psychologist Joshua Coleman, a wellknown spokesperson on family estrangement says, “In some ways it’s a silent epidemic, in part, because both grandparents and adult children don’t want to talk about it because they feel like they’re going to be blamed or misunderstood.”

Families can become estranged for many reasons, including re-occurring conflicts about lifestyle, values and child-rearing, unresolved rivalries and resentments, mental illness and addictions, divorce, death of a spouse, misunderstandings, and bad behaviour by a family member. But grandparent alienation always involves the middle generation acting as the gatekeeper to the grandchildren. What causes young parents to alienate their parents and block access to their grandchild?

In some cases, young parents who were or still are abused or neglected by their own parents have a legitimate reason for blocking the grandparent’s access to their children. But in most cases, there appears to be a different underlying irritant or cause: a hurtful comment innocently made, a blow-up at a holiday gathering, sons and daughters wanting to exercise their control and independence, an adult child blaming one parent for a divorce or a remarriage, or feeling displaced in a blended family. Some therapists suggest it can be a misguided jealousy that the grandchild may love the grandparent more than the parent, or the insecurity of a daughter-in-law who has issues with her own parents and fears that her husband is too close to his parents.

Whatever the underlying reason, intergenerational estrangement hurts everyone. Grandchildren are denied an important relationship in their lives; parents live with negative emotions that disrupt their health and family life. Grandparents suffer pain, loss and grief that does not end. Losing a relationship with a grandchild is an ambiguous loss in which the child is physically absent but very much alive, especially in the heart and mind of the grieving grandparent. Grandparents also feel guilty and confused about losing their relationship with their own adult child.

A support group helps
If you are an alienated grandparent, you are not alone. Alienated Grandparents Anonymous (AGA) Canada is a peer-support group that provides information and support, and a safe place to share your grief and strategies for reconciliation.

AGA was founded in 2011 in Naples, Florida. Today, AGA operates in 50 states and 23 countries worldwide. AGA Ottawa, the first Canadian Alliance, was founded in 2014. Other AGA Alliances are in Toronto, Burlington/Oakville/ Hamilton and Vancouver/Victoria.

AGA Alliances meet regularly, usually every two weeks. The Ottawa group facilitator explains how the group operates. “We focus on information, talking about and understanding estrangement and grandparent alienation, and helping people cope with the unbearable pain and isolation they feel. We bring in knowledgeable speakers and discuss possible ways to try to resolve situations and bring alienated grandparents, parents and grandchildren together.”

There is no fee, and all are welcome. Both men and women attend. Absolute confidentiality is maintained so that everyone will be free to openly express their feelings and tell their stories without identifying their estranged adult children.

AGA Ottawa has seen 13 families reconcile. Others have established or renewed contact with their adult child and grandchildren. Others have not made progress in reconciliation and a few remain unsure where the young family lives and how to get in touch with them. Going to AGA helps all of its members carry on and not give up. Sharing with others, learning coping strategies and making new friends boosts their mental health and social wellbeing.

“We take time to socialize through potluck suppers, BBQs and other events and develop lasting friendships,” says the Ottawa facilitator. “The most important thing is learning that you are not alone,” says a member of the Ottawa group.

One family’s story
The grandparents had noticed that their son’s partner was very controlling in their relationship. After she became pregnant, she began to show anger and
resentment toward his parents and to alienate them and other family members.
Their son supported his wife in her decisions and actions. The young couple moved out of town and refused all communication with the grandparents and access to the grandbaby when he was born. The grandparents went through the gambit of emotions: shame, guilt, anger and sadness. They went to AGA where they learned that they were not alone and were encouraged to keep trying to communicate with their grandchild and her parents. Despite the grandparent’s careful and respectful efforts to reconcile, and to show their love for the new baby, the silence persisted for a year and a half. Then, the parents agreed to have them for a short visit. The grandparents were thrilled but anxious, walking on eggshells in case the visit might provoke another angry attack. The visit was successful, and the grandparents were introduced to their beloved grandchild. Now, they Skype with the parents and their grandson. He sees them on the screen, and they can happily watch him grow and respond. The grandparents keep the door open with chatty texts, cards, letters and gifts, and hope they will be allowed to visit again soon.

Grandparents rights
Barring grandparent misconduct, the expectation of the law is that grandparents have access to their grandchildren through the parent who is their child, both in intact families and in cases where the parents are no longer together. Seven provinces and the Yukon Territory have statutes that have been amended to recognize the special relationship between grandparents and grandchildren, and specifically address grandparents’ rights.

Ontario’s Children’s Law Reform Act (amended via Bill 34 in December 2016) asks that judges listen to the petitions of grandparents in cases of access or custody. In order for grandparents to be successful in an application for access, they must establish a very strong case for why this is in the best interest of the child.

Research has shown a strong correlation between a grandparent’s involvement and a child’s well-being, including their physical, emotional, mental and social health. These studies have been used in legal arguments to show that allowing Grandma and Grandad time with their grandchild is in the best interest of the child.

However, the experience in Ontario courts has shown it is extremely unlikely the grandparents will be successful when the access is disputed by the children’s parents and a close, meaningful relationship between the grandchildren and the grandparents has not already been established. In addition, going to court may escalate family conflict and should be viewed as a last resort. If possible, mediation is a more helpful approach.

Through presentations and articles, AGA Canada also works to educate legislators, lawyers, mediators, social workers, psychotherapists, grandparent, seniors and family support groups, medical professionals and others about grandparent alienation, what grandparents bring to families and their grandchildren, and about their right to access.

Grandparents provide unconditional love to the young generation and help prepare them for society. If you find yourself troubled by unreasonable actions that limit your ability to communicate this love and to interact with your grandchild, consider attending an AGA support group. Don’t give up. Keep the goal of doing what is best for your grandchild.

Have you or a friend been estranged from your adult child and a grandchild? How did you deal with this? I would like to hear your story and assure you that it will be held in strictest confidence. Write to me at wanderingpeggy@me.com