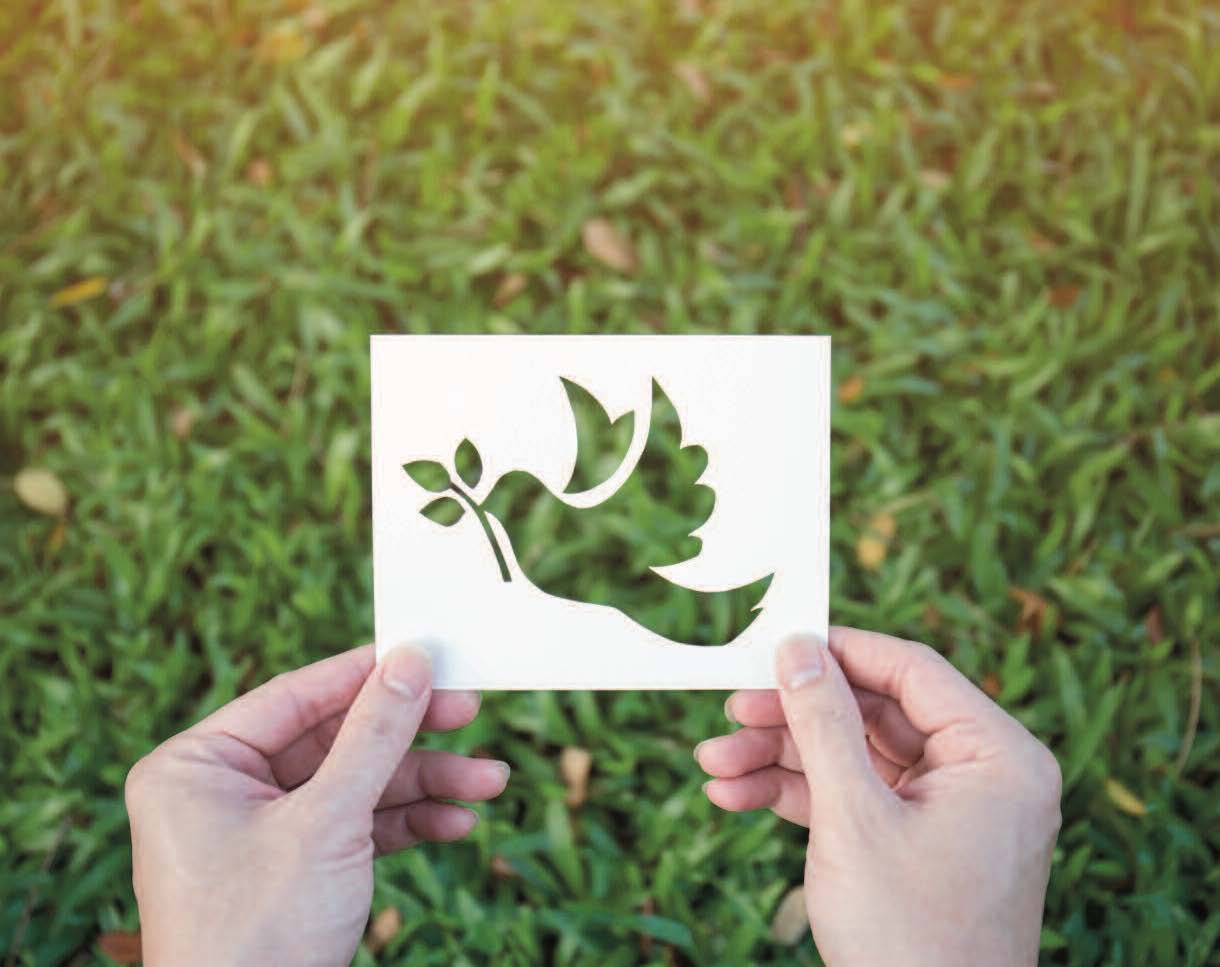 The pursuit of peace.

In December 2018, the hands on the Doomsday Clock inched forward and stopped at two minutes to midnight. And just before midnight on May 2, 2019, Murray Thomson, my dear friend and renowned peace activist, died at age 96.

The Doomsday Clock was founded in 1947 by scientists who had helped develop the first atomic weapons. It uses the apocalypse image of midnight and the countdown to zero of nuclear explosion to convey the world’s vulnerability to catastrophe from nuclear weapons, climate change, and other threatening technologies. At two minutes to midnight, the Clock is the closest it has ever been to world destruction since 1953, when the Soviet Union and the USA threatened to use nuclear devices to destroy the civilizations of each other and neighbouring nations.

Murray Thomson was the co-founder of more than seven national and international peace and social justice organizations. He was awarded the Pearson Peace Medal in 1990, in recognition of a lifetime spent working to achieve justice and peace for all people and was named an Order of Canada in 2001.

One of Murray’s most important projects in later life was to get 1,000 of his fellow Order of Canada recipients to endorse the UN call for a Nuclear Weapons Convention. In 2016, at age 93, he published Minutes to Midnight: Why 800 Order of Canada Recipients call for Nuclear Disarmament. The book profiles 54 eminent Canadians and what they say about the need for nuclear disarmament. The list includes Chris Hadfield, Veronica Tennant, Jean Vanier, Margaret Attwood, James Orbinski, Flora Macdonald, Ed Broadbent and many others.

One day when I was visiting Murray as he was putting the book together, the phone rang. He graciously asked, did I mind if he took the call. It was Senator Romeo Dallaire, wanting to talk about his own strong beliefs concerning peace and disarmament.

My friend Kathleen, who worked with Murray at Project Ploughshares (one of the peace organizations started by Murray) introduced me to him, in 2010. He was living at the Colonel By Retirement Residence in my Old Ottawa South neighbourhood. Our rapport, friendship and love, was instant and enduring. Murray inspired me. He awakened the deep values I had been raised with. He made me laugh and cry. He teased me and filled me with his infectious energy. We debated and talked the hours away. And he played the violin beautifully.

I joked with my best friend about true love with an older man. Indeed, Murray was the only man I had truly fallen in love with since my painful separation from my husband of 28 years. At the time, Murray was 90 years old.

My passion for peace has deep roots. My mother was a vocal proponent of peace and social justice. She abhorred conflict and war and liked to repeat a slightly altered quote from Ralph Waldo Emerson: “Peace cannot be achieved through violence, it can only be attained through understanding and love.”

As a young adult, the protest songs of Bob Dylan and Joan Baez was MY music. “War, what is it good for? Absolutely nothing!” was our battle cry.

By the late 1960s, the peace movement in Canada had coalesced around the Vietnam War and the failure of Canada to distance itself from American policies. In my first job as Director of Women’s Athletics at Carleton University, we pretended not to see the draft dodgers sleeping in the Field House under the watchful eye of the bearded groundskeeper, a practicing Quaker known on campus and throughout the city, simply as, Francis.

In my twenties, I accompanied my mother on a trip to her home in Northern Ireland at the height of the Troubles. I met my Quaker relatives and learned about their work in peace and reconciliation. They were reluctant to talk about what they did in the Maze prison each day, and in their efforts to negotiate peace among armies and families in Belfast and Derry. They are people of quiet but persistent action.

I can’t claim to have been a peace activist in the busy years of motherhood and work that followed, although my concern for peace remained ever present, smoldering underneath, feeling like a big door I needed to push open, if I was to be part of the change that needed to happen.

While working at Health Canada, I was part of the group that created the Ottawa Charter for Health Promotion. This life-changing global statement introduced the idea that health is determined by several factors beyond health care. The first of those determinants is peace.

Now I am ever more aware of the place of peace and disarmament in international security and the future for our next generations. In the United States, Russia, and elsewhere around the world, plans for nuclear force modernization and development continue apace. The global arms trade is booming. Nuclear rhetoric between U.S. President Donald Trump and North Korean leader Kim Jong-un is troubling. The Iran nuclear deal is in jeopardy.

I have learned more about the role of the Quakers in the peace movement and re-connected with family in Ireland who walk the talk. I am reading Ursula Franklin, a Canadian Quaker and scientist who actively worked on behalf of pacifist and feminist causes. Her assertion that, “Peace is not the absence of war but the absence of fear” seems ever more relevant in today’s world of fear-mongering false news.

I take my grandson Jake to the War Museum. Each Remembrance Day, we place our poppies on the Tomb of the Unknown Soldier, take time for some quiet reflection, then head off to Zak’s for huge milkshakes and a talk about war and peace. I am happy that Jake says he will not go to war, except maybe as a medical officer or nurse at the front. He is opposed to carrying a gun and killing people.

Murray died peacefully with his family at his side, talking about baseball, the joys of long life, and the new Don’t Bank on the Bomb campaign. Until the end, he was adamant that we must collectively rewind the Doomsday Clock.

We honour his life of activism and optimism in the face of the challenges that he felt so deeply. But the best way to truly honour him is to continue to pursue the kind of world that he imagined and never stopped pursuing.

Families, neighborhoods, countries and a world blessed with peace. The time to get engaged is now. I am in. Are you? Write to me at wandering- peggy@me.com to tell us what you think about peace and what is in store for the next generation.

Peggy Edwards is a well-known writer and speaker on aging and health and is a co-author of The Healthy Boomer: A No Nonsense Midlife Health Guide for Women and Men and The Juggling Act: The Healthy Boomer’s Guide to Achieving Balance in Midlife, available at amazon.ca.