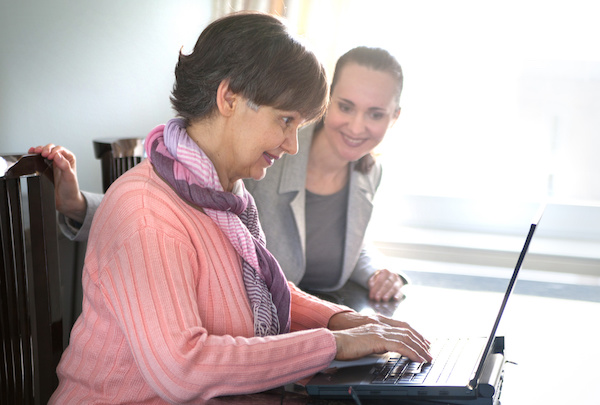 A recent study (possibly a university class exercise) concluding that young people don’t want to be around the older set in restaurants, stores and health clubs, seems a little pointless.

Of course, people of every age choose locations suitable for their age range.That kind of selection is simply common sense.

I wouldn’t think of crossing the threshold of a tattoo parlour. I do my utmost to avoid going to any shopping mall in the middle of a Saturday afternoon.

I am not trying to keep away from young people, just making choices that make sense for me. Junior fashions don’t fit the lumps and bumps of a body that hasn’t belonged in spandex for several years. Loud music is not my idea of a good accompaniment to relaxed dining out.

As for a tattoo parlour, such a spot is definitely off my must-go list for obvious reasons. And, no sensible people who are no longer confined to an office during the week and are able to shop at off hours, would choose to go to a mall at the busiest time of the busiest day of the week, would they?

None of that has anything to do with the age range of the people you might meet when you venture into zones that don’t suit your requirements.

One of my favourite young people talks about my “old-lady” shoes. I need them to accommodate orthotics. She speaks with affection. She certainly doesn’t avoid me because I am old enough to be her mother (or grandmother). I just don’t believe that old and young don’t mix well in most situations.

The health club issue might be more reasonably related to age (and gender, for that matter).The afore- mentioned lumps and bumps are definitely more obvious in the clothes worn for workouts.With that in mind, like does tend to feel more at ease with like. Hence, the popularity of such chains as Curves, the women-only workout centres that attract a majority of women in their 50s and up.While teens would be equally welcome at such a studio, they are likely to be more interested in more energetic pursuits.We are talking about sense, not ageism.

Apparently, the university-based study also indicated that the presence of elderly customers resulted in lower evaluations of service quality from university students. To me, there seems to be something missing from this cause-and-effect conclusion. Could the reduced service quality have simply been the result of a waiter or clerk having to spend a little more time with an older customer, who might for example, have been hard of hearing?

Sometimes in the workplace, the potential for conflict between age groups is clearer than in this seemingly flawed study that tested a rather small sample (166 university students with an average age of 22).

For instance, in several federal government departments, more than a third of the employees are nearing retirement. Recent university graduates are being hired at a great rate. Many of the long-term employees worked their way up through the ranks, some without a university degree or without complete command of both official languages. By contrast, most recent employees have at least one degree and are hired in bilingual-imperative positions, which means that they must have the required level of English and French before they start the job. Many of them are, or will soon be, in supervisory positions over those long-term non-degreed, unilingual employees.

As the value of experience fades before newly acquired qualifications, the way is opened for clashes that are almost bound to happen. But, again, this is not really about young and old not mixing comfortably. It is about a whole lot of other factors coming into play.

Forget flawed studies. Remember instead that interesting people come in all ages and stages of life. ■