Each life is unique. Everyone has a story to tell about that life, but comparatively few people write about their experiences over a lifetime. 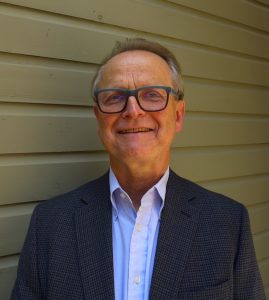 Ottawa resident Paul Bennett is one of those who’ve embraced the challenge. After retiring as a federal public servant and diplomat focused on international affairs, he enrolling in a course on memoir writing at Carleton University.

“As I looked back on my life, I was conscious of having witnessed some remarkably interesting Canadian and international events,” he says, referring to such occurrences as the 1970 October Crisis in Canada and “the influx of Indochinese refugees to Thailand after the Communist takeovers in Cambodia, Vietnam and Laos.”

Paul’s involvement in momentous times is described in the 20 essays that make up On the Border (Friesen Press, 2021). They highlight occasions and events that had a lasting, sometimes life-changing, effect on him and, periodically, on history.

“These were the life stories—a term I prefer to memoirs—that, upon reflection, stood out for me,” says Paul, adding that the pandemic gave him plenty of thinking time when choosing the topics to be included in his book. “They had the greatest impact on my life and on my mother’s life, after losing her father in the First World War.”

He points to the story that recounts the summer he spent on a farm in the French Pyrenees mountains when he was 14 years old. The main purpose of his trip was to improve his French, but the experience also led him towards international expeditions that were a key aspect of his career in international service.

“That was my first major time away from Canada,” he recalls, “and it piqued my interest in travel and in living abroad. I plan to go back over the next few years in a post-COVID-19 world to what I understand is still a wonderfully unspoiled part of France.”

Many years later, his career took him to Cambodia—one of 70 countries he has lived in or visited as part of his work—where his duties included interviewing Cambodian refugees along the Thai-Cambodian border to choose candidates for resettlement in Canada. 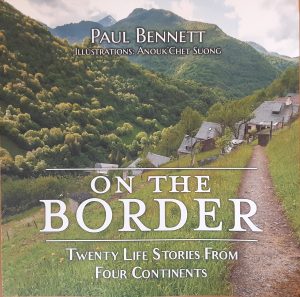 “That was the most intense period of work in my life,” he says. “It had a great impact on me in terms of what I thought the world should be like and what these people had gone through. My days along the border are ones I will never forget.”

(The illustrator of On the Border, Anouk’Chet Suong, is a survivor of the Cambodian Khmer Rouge regime. She has written about her childhood experiences and suffering under its brutality.)

Occasionally, Paul tells stories about avoidance rather than involvement. For example, he narrowly missed being involved in a rail disaster and tsunami while on assignment in Sri Lanka with the Canadian International Development Agency (CIDA) in 2004. He also details an earlier escape when, as a university student, he complied with the prompting of proud parents to apply for a Rhodes Scholarship, and describes his relief and lack of surprise at not being selected for the prestigious award.

“I thought it was an amusing anecdote about reluctantly going along with what my parents wanted me to do.”

Paul is undecided about whether to write further stories about his life, as he is very busy in retirement. As a volunteer with the Canadian Executive Service Organization (CESO) he has completed a number of in-person assignments, primarily in Ethiopia, as well as various virtual assignments through the pandemic years. He is also a board member with Heritage Ottawa and with the National Association of Federal Retirees. And when he is not in work mode, he enjoys outdoor pursuits such as cycling, golfing, hiking and snowshoeing.

For more information about On the Border. visit www.paulmackenziebennettauthor.com.