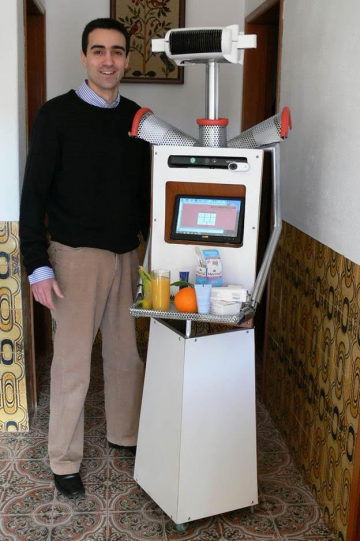 Millennials have been gaining a lot of traction in the news lately, but the aging Boomer generation is greatly in need of attention as well, given that they’re about to put a huge strain on labour resources in the years to come. The number of elderly and infirm individuals is going to skyrocket in the near future, far outstripping demographic growth in many places in the world. Countries like Japan are already struggling with these issues, and have turned towards unconventional solutions – robots – to provide care for the 30 million people living in elderly care facilities.

Investing in the future

Robots may seem like a flight of fancy to some, but truth is sometimes stranger than fiction. The Japanese government has already billions of yen in subsidies to assist companies that are researching and developing robots, that just may solve their elder care labour issues. Given that turnover rates in the elder care industry sits at about 17 percent, with many workers suffering from issues such as chronic back pain from the constant heavy lifting of patients, investing in robots may not be such a bad idea after all.

With the number of elderly in Japan set to account for 30 percent of the overall population by 2025, it is no surprise that even big names like Toyota Motor Corp. are working on robots to solve the current crisis. Other companies include SoftBank Group Corp., and the Riken Institute. With market growth in the country set to hit up to $1 billion a year in the next few decades, clearly investing in robots is no joke.

If it seems suspicious that most of the enthusiasm for elder care robotics is coming out of Japan, it may simply be because the country is already knee-deep in advancing technology, especially in robotics education. They are also already struggling with the issue of elder care quite acutely, whereas other countries in the world have not quite yet hit a critical point – but their time will come.

The United Nations has predicted that the world’s aging population, classed at 65 and over, will increase by 181 percent by the middle of the century. At the same time, the 15-to-65 population is only set to go up by 33 percent. Given the costs already associated with geriatric care, another problem is that only a certain subset of the world’s population will even be able to afford the appropriate assistance. This will be particularly true in the future, as increasing pressure is put on existing support systems.

Is it any wonder then that even big tech companies outside of the Asia-Pacific region are beginning to develop robots themselves, with the hopes of addressing the elder care issues to come? IBM for instance has an entire lab called “Aging in Place” dedicated solely to developing solutions such as robots and smart home technology that may one day improve elderly individuals’ quality of life. Evidently, the US-based tech giant has seen the writing on the wall.

The European Commission also invested €6.5 million in elder care robots, as part of the Robot-Era research project that tested robotic aides in Italy and Sweden over the course of four years. Like Japan, the European Commission is looking to invest heavily in elderly care technology, with annual investments projected to be in the tens of millions of euros.

From robotic walkers to robot companions, companies are aiming to create cost-effective robots that will assist the elderly with a range of issues, whether physical or even emotional and psychological. For instance, robotic companions will be able to communicate with individuals to keep them occupied, such as in the case of Alzheimer and dementia patients who often repeat the same questions and statements multiple times in a short period of time.

Though this may seem dehumanizing, it must be kept in mind that robots for elder care are not meant to replace human caretakers entirely. Robots will typically take on mechanical and/or repetitive tasks, such as heavy lifting, monitoring health conditions, and providing assisted mobility. Robots are not a universal solution to all of life’s problems, and people will still have a role in geriatric care in the years to come.

The way of the future

If automation and robotics have been gaining bad press in recent years due to the fact they will undoubtedly impact a range of human jobs, on the flip side, with every new technology comes other potential career openings and advantages. In this case, it is clear that researching and developing robots capable of handling elderly care can only be of an advantage, so long as the costs are eventually brought down, making them accessible across society. For now, they remain a costly, niche product that can only be democratized as more research and development is carried out.

On that note, educational policies must continue to realign themselves with technological changes. Programming courses must be integrated into school curricula from an early start. If the future is to improve for the better, robotics education and automation training must also become more widely available and accessible to students of all backgrounds, whether they are choosing a career path for the first or fifth time. Only by investing in education will progress continue, and will care for the elderly grow by leaps and bounds.