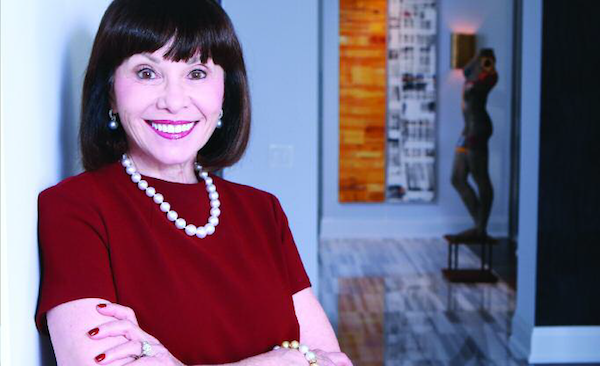 Glass ceilings are no match for financial maven Sherry Cooper

A happy accident marked the beginning of a stellar career for Sherry Cooper. Then a student at Goucher College in Baltimore, she took her first economics class because she needed to fill a slot in her study schedule.That choice opened the door to Sherry’s future as a leader in the field of finance.
“It was just serendipity,” she says.“I was very interested in business and finance, but I had no idea what I wanted to major in. I didn’t even really know what economics was when I registered for that first course. I took it just because it was offered at 10 a.m. and I wanted a 10 o’clock class.
“But,” adds the former executive vice-president and chief economist for BMO (Bank of Montreal) financial group, “when I discovered economics, it all came together.” Since February 2015, Sherry has been chief economist of the private Vancouver-based mortgage brokerage group, Dominion Lending Centres.
From that first encounter with the subject as an undergraduate, Sherry was to become a major force in business and financial forecasting. International recognition and a string of awards — including entry into the Canadian Women of Influence Hall of Fame in 2012 and being honoured as one of the most influential women in Canada in 2007 — are just a few of the indicators of her success. 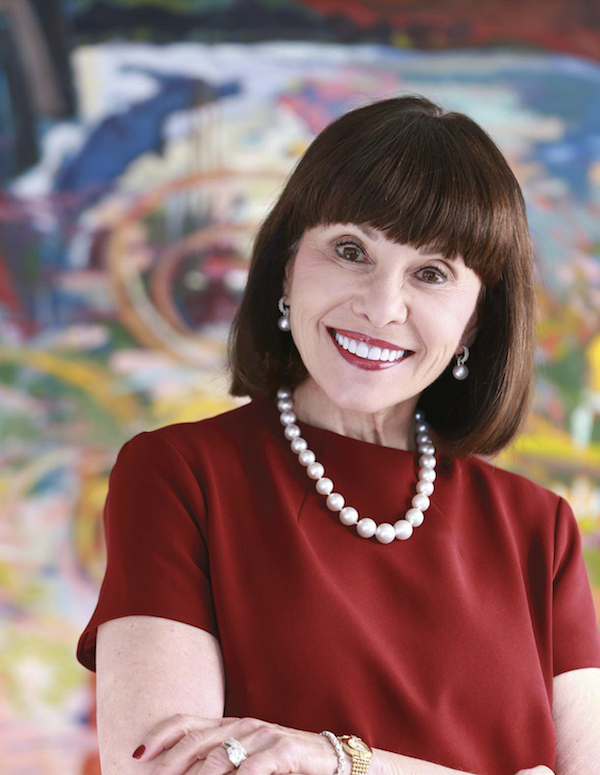 Success, she is quick to say, is not just about financial gain. “It’s a lot of things. It’s feelings of self-actualization — that you have done and are doing a good job. It’s about being excited about the contribution you are making. I have also felt very successful with respect to my son. He’s done very well. Now, he also has two little boys of his own and all of that has been a big part of what I consider success.”
Sherry’s career choice also had a major influence on the direction of her personal life. She met her first husband, economist Lloyd Atkinson, when she worked as his research assistant one summer before completing her doctorate. Once she finished her degree at the University of Pittsburgh, they moved to Washington, D.C. Although she is now a dual citizen of the U.S. and Canada, she says immigrating to Canada was not on her radar then. “But he was offered a job in Toronto. I had a great job with the Federal Reserve Board, and subsequently, Fannie Mae, so it had to be a joint decision to go.
“I got a job offer from Burns Fry very quickly, so decided to try it for a year,” says Sherry, who has been based in Ontario ever since. “That was 33 years ago.” 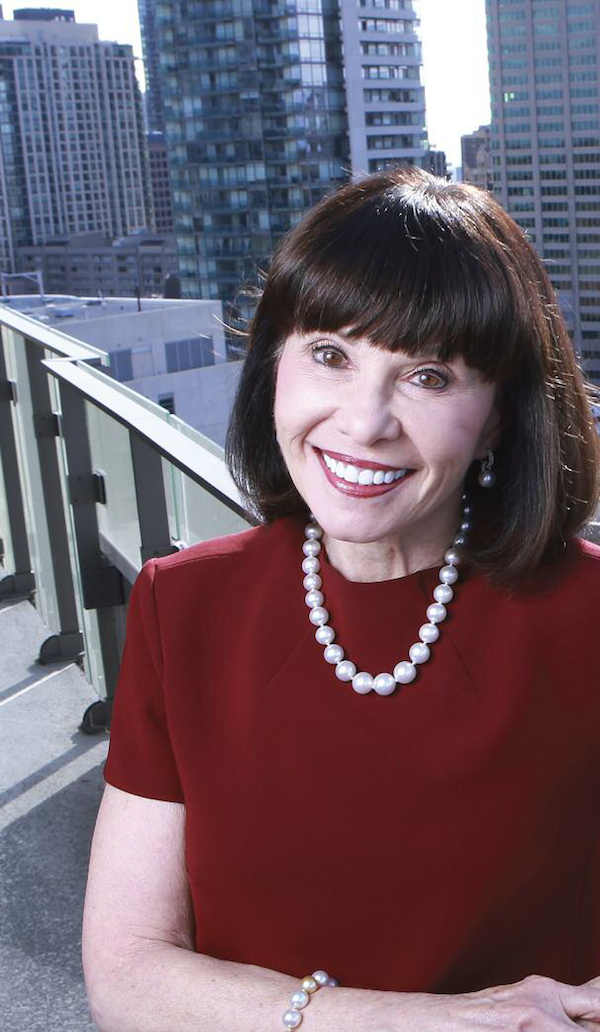 The three decades have not been entirely smooth sailing. Her marriage ended when the couple’s son, Stefan, was five. For the next three years, Sherry was a single mother while continuing to build her career. “There’s no question that it was a challenge,” she says, “especially as the kind of work I was doing re- quired a lot of travel and the hours were long and uncertain. But we had a terrific live-in nanny and that made life a lot easier.”

The next major marker in Sherry’s personal life occurred in 1987, when she was featured in The Globe and Mail’s Report on Business.The article, featuring women on Bay Street, prompted Toronto consultant, Peter Cooper, to contact her. “He called and invited me to lunch,” recalls Sherry,who assumed the meeting was to discuss business matters. She found out later he had simply wanted to meet her. “I had no idea it was a date when we met for lunch. We were married seven months later.”

Meanwhile, on the professional front, she became known for breaking through the glass ceiling. In the 1980s, “being a woman on Bay Street was unusual,” she says. “I was the first woman director of an investment firm and I enjoyed breaking barriers. I’ve always been in a world where there are mostly men, so it doesn’t faze me, but it’s still difficult for young women.We still haven’t gone far enough.”

One of her well-publicized dictums during a January 2013 interview on CBC Radio’s The Current addressed the financial crisis of 2008. Sherry attributed this mismanagement to testosterone-fuelled risk-taking and argued this would not have occurred “if the world had been full of female traders.”

By this time, she had retired from her position with BMO. “I’m retired from the bank, but I am not retired,” says Sherry, who is a member of the faculty of the DeGroote School of Business at McMaster University in Hamilton, as well as a consultant, newspaper columnist, media commentator, public speaker, and author. “I’m also involved in a number of mentoring programs and looking at opportunities with corporate boards, now that the whole corporate board world is opening up to women.

“It’s a very different lifestyle and very much a work in progress,” she adds. “I’m doing lots of different things — some very similar to what I did at the bank, but also much more. It’s a real balancing act. All sorts of opportunities keep opening up and life hasn’t settled into any sort of regular routine yet. I want to have the flexibility to visit my family in New York and Florida or go on longer vacations. I want to be busy, but I want to have choice and that’s really what’s different. It’s wonderful to be able to pick and choose what to do.”

One of those choices is providing financial advice through her writing. Her latest book, The New Retirement: How it Will Change our Future, focuses on the profound effect retiring baby boomers are having and will have on labour and financial markets and the economy in general.

Sherry points out that, “The enormous wave of boomer retirees will crest in 2025. With the dramatic rise in longevity, healthy goal-driven boomers will seek purposeful leisure, a time for regeneration, rejuvenation, and lower- stress contributions to society and their own personal wealth.”

With this in mind, Sherry notes The New Retirement is not intended to be a typical retirement-planning book or a personal finance book. Rather it focuses on “the optimal transition to late life and what it takes to achieve a successful final third of your life. I examine how we can prepare to give ourselves the best chance of physical and mental well-being as well as financial security. We can actually regenerate rather than degenerate. 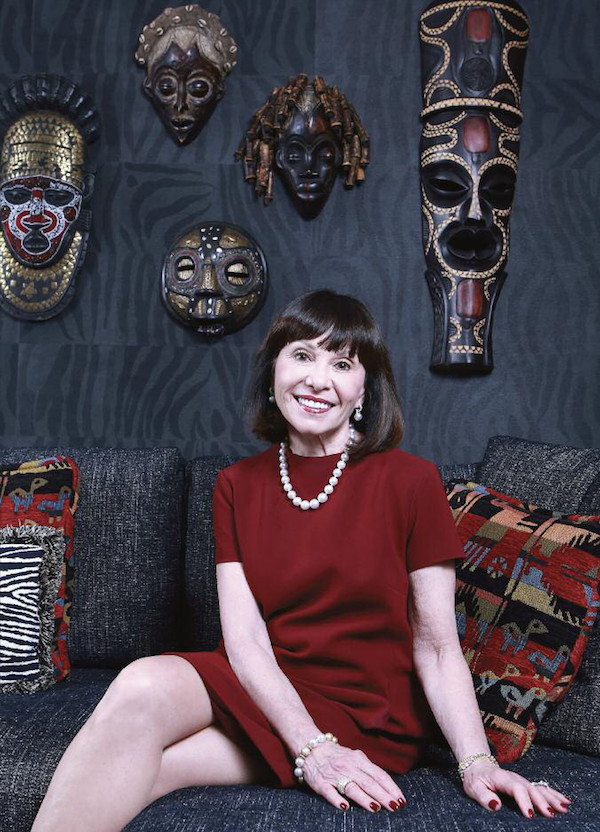 “Financial planning is hugely important and extremely difficult,” she emphasizes. “Even for those of us who are financially quite literate, it is tough to know how much money we need the day we stop working. In fact, most of us won’t stop working, both because of the uncertainty and because it’s important to have a sense of purpose in life. A sense of purpose and legacy is essential to happy, healthy aging. By definition, leaving a legacy requires advanced planning that evolves over every stage of life.

“Vacations,” she adds, “aren’t really vacations if they aren’t book-ended by work. It doesn’t have to be paid activity. It can also be volunteer work, but having some sort of structure is very important.”

Further, she says, “People need to get financial advice. I’m not talking only about money management. You also need to have a sense of where you want to be, where you would like to live and what you would like to do once you’ve given up a full-time job. If you’re married or have a partner, it’s a joint decision.

A lot of people don’t spend much time thinking about life in retirement or trying things out and coming to grips with what will and what won’t work.”

The fact that people are living longer further complicates matters. “We don’t know how long we will live or how much it will cost.”

But, avoiding debt in retirement makes the going smoother. “The ideal is not to have debt when you re- tire. It’s not always possible, but if you’re living in a place you can truly afford, you should be paying off your mortgage before retiring.”

You should also continue the principle of spending less than you earn from various sources. “Putting savings on automatic pilot was the best thing I could have done,” says Sherry. “I know the younger you are, the harder it is to do, but it’s never too late to start.” n

The New Retirement: How it Will Change our Future
(Penguin,Toronto, 2008)

Canada’s Top 100 Most Powerful Women (and one of the first women to be inducted into their inaugural Hall of Fame in 2007). American Banker magazine, 25 Women to Watch, annual ranking of the 25 Most Powerful Women in Banking (October 2006). Women’s Executive Network Top 100, Canada (since its inception in 2004).