By Peggy Edwards, Council on Aging of Ottawa

There is nothing like taking a walk to enjoy the beauty of the season. Walking is free and one of the best ways to stay active and healthy. We walk outdoors to get to needed destinations and public transportation, and to be with other people. Like many other pet owners, I walk three times a day with my active dog Molly—in all kinds of weather conditions.

Winter can make it difficult to walk outdoors. Ottawa is increasingly challenged by winter walking hazards, including a changing climate that brings on some big snows and a thaw-freeze cycle that encourages icy, hazardous conditions. This can lead to falls and serious injuries, sometimes with long-term consequences, including chronic pain or disabling conditions that may mean loss of independence. Fear of another fall discourages an active lifestyle and can lead to isolation, deconditioning and anxiety about going out.

In response to these concerns, the Age-Friendly Pedestrian Safety & Walkability Sub-committee of the Council on Aging of Ottawa (COA) created the Snow Mole campaign. It is named to identify with winter moles who burrow under the snow for safety, as well as ‘mole’ agents who work undercover to collect important evidence. Anyone can be a Snow Mole. You do not have to be a member of the COA. And while most Snow Moles are older adults, younger people also do Snow Mole audits, especially near schools and daycare centres. Snow Moles are in every neighbourhood (central, suburban, and rural) and all campaign materials are available in both English and French.

Now in its fifth year, the Snow Mole Campaign continues to ask: How safe and walkable is Ottawa in winter? The answers come from volunteer pedestrian Snow Moles during the January-to-March campaign. Their answers to a short questionnaire give a clear description of winter walkability in Ottawa, identify hazardous spots and raise awareness of pedestrian safety issues. The analysis of audit answers leads to recommendations for positive improvements to city infrastructure and changes to city operations and policies. This information plus photos and quotes from Snow Moles on the ground are captured in an annual report.

In 2022, the COA received 270 completed Snow Mole audits, 101open-ended comments and 130 photos. One Snow Mole wrote, “Most side streets are not cleared. I spoke to a woman using an electric wheelchair and she was crying because she couldn’t move.” Many said it was easier and safer to walk on the road than on the sidewalk or path because it was better plowed. Some 87 per cent of Snow Moles said that fear of falling sometimes keeps them from going out to walk. Respondents who noted a fall on their walk, attributed it to black ice, no grit or salt on the icy sidewalk and “trying to climb over the snowbank to access my condo!”

“The goal is to advocate for improved snow and ice clearing policies and practices and to promote a pedestrians first approach,” says Min Ku, co-chair of the Age-Friendly Pedestrian Safety & Walkability Sub-committee.

This year, the COA is asking the city to implement improved maintenance standards including prioritizing sidewalks and clearing them to bare pavement, and a quicker clearing response time, particularly near transit stops and destinations frequented by older adults and children. “We expect our roads to be cleared to bare pavement,” says Min. “Why are cars more important than pedestrians, especially our most vulnerable residents—older adults, people with disabilities and caregivers with strollers and toddlers in tow?” The COA also wants to see improved maintenance on stairs and ramps maintained by the city and business owners.

Safe Seats for Everyone

In 2023, the Snow Moles will take on an additional easy but important task: keeping city benches cleared of snow and ice so they are safe and accessible this winter.

Data collected by the Snow Moles over the past five years shows that most of Ottawa’s 2,800-plus city benches are not accessible for pedestrians to rest on during their winter walks because they are not cleared of snow and ice. Cleared benches located near medical buildings, seniors’ residences, libraries, pharmacies, senior centres, transit and shopping routes are especially needed in wintertime.

“We are asking volunteer Snow Moles to adopt a bench (or two) in their neighbourhood and keep them clear of ice and snow from January to the end of March 2023,” says Min.

If you are willing and able to adopt a bench in your neighbourhood, please send bench locations and photos to: snowmoles@coaottawa.ca  with the subject line Adopt a Bench.

Min concludes by saying, “The safety of Ottawa pedestrians on sidewalks, pathways and roads where there are no sidewalks is the clear priority. With Snow Mole efforts and continued collaboration with City staff and our City councillors, winter walking can be safe and enjoyable for everyone of all ages.” 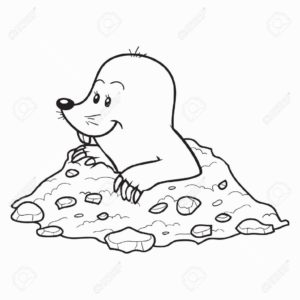 for Seniors and Other Valuable Pedestrians

YOU can help provide the input Ottawa needs to make winter walking safe—for everyone.

YOU can help keep Ottawa benches clear and accessible.

Go to https://coaottawa.ca/snowmoles to learn more about the Snow Mole program, access the walking audit questionnaire, and see the 2022 Snow Mole Report and Tips for Winter Walking.

Send your photos of walking conditions and benches in your neighbourhood to snowmoles@coaottawa.ca

TagsCouncil on Aging of Ottawa Jan/Feb 2023