Some transitions in life are so subtle you don’t even realize things have changed.

Physically, you also morph into your parents. You now have your father’s hairline, and these days your facecloth is way busier than your comb.

Then there are things you swore you’d never do. Your mom would reach into her purse and pull out a tissue that felt like sandpaper and smelled like Dentyne gum. She’d dab it on her tongue, then scrub dirt off your face. And she’d do it in front of your friends. And you made a vow with the Almighty himself, that when you became a mom, you’d never embarrass your kids like that. Ever. But here you are. Dabbing and scrubbing.

Again, you can’t pinpoint when that happened. But it did.

Even attitudes transform. Here it is September, and the beauty of fall is upon us. But it’s lost on me, and I’m blaming my grandmother. God rest her soul.

Picture a conversation from early summer circa 1979. It begins with an innocent comment made by a wide-eyed boy to a little gray-haired woman. Followed by an unexpected tirade, during which she didn’t take a single breath.

GRANDMA: “Not for long. July will fly by. Then August. Lord, I hate September. Leaves and firewood. My back is already killing me. Then the Tommy Hunter Show will be filled with those Christmas toy commercials. Everyone wants a white Christmas. I shudder just thinking about all that snow. I can already feel the cold in my bones. Then it’ll be spring, when everyone tracks mud across my clean floors. And the grass. I swear it grows a foot a day. Now take your bike to the store and fill up the gas jug so you can mow the lawn. Here’s two dollars. Bring back my change, if there’s any. I can’t believe the price of gas!”

YOUNG JASON: (Stunned, he pedals down the road, wishing he was back in school.)

Looking back at the Great Nanny Rant of ’79, Young Jason’s biggest worries were figuring out how to carry a full gas can while riding his bike, and then telling his Nan that he’d bought a pack of Popeye candy cigarettes with her change. She kinda freaked him out. Hence, him turning to the sugary smokes that sailor man was pushing. 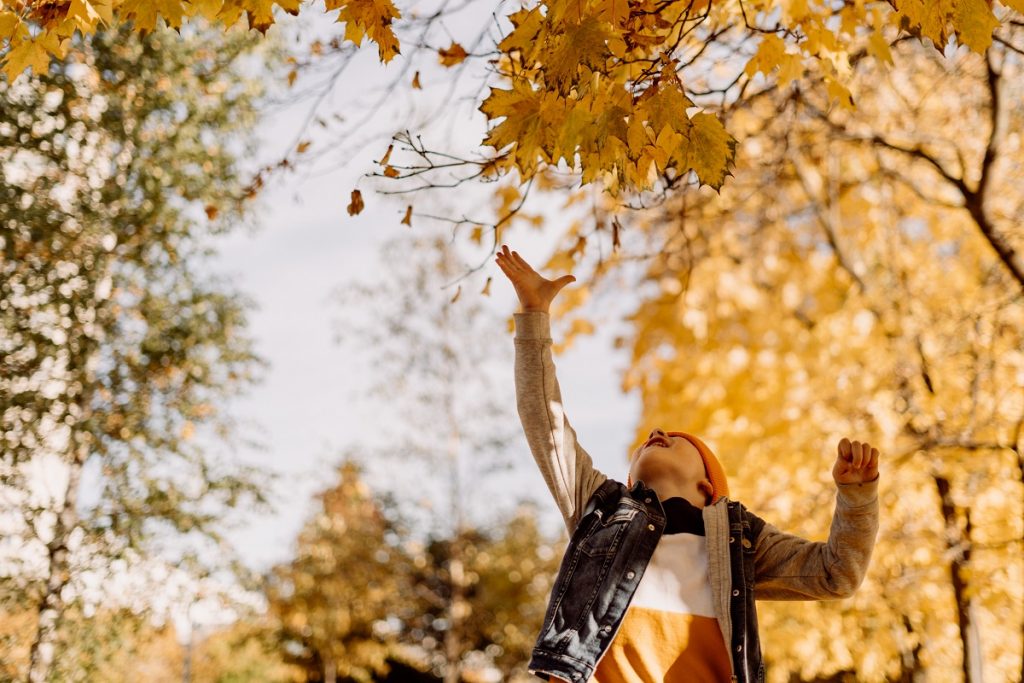 I was a carefree kid, with no concept of her angst. Yet we do share DNA. So now, 40-some autumns later, I have my own firewood worries and see fall as a stepping stone to another frigid winter with snow to move and propane bills filling the mailbox.

But I wasn’t always this close to living in a garbage can down the street from Mr. Hooper’s store.

Young Jason loved fall, and weekend drives with mom and dad to soak in all the colours.

You’d rake leaves to play in them. Then rake them up again.

And leaves burning in a barrel at the end of the day while you sipped a mug of apple cider to “get rid of the chill,” as mom would say. Those smells were fall.

Young Jason also loved the first day of school, decked out in new sneakers, showing off his Dukes of Hazzard lunch box and thermos. It was also the anticipation of finding out who your teacher would be, who was in your class, and who you’d be sitting beside all year. And no homework that first day.

Still with fall food. Four words: Corn. On. The. Cob.

And what about the new TV lineup after school? Racing home to see what Gilligan, Maxwell Smart, Jack Tripper, Meathead, and Hot Lips Houlihan had been up to.

But the real gem of fall was Halloween. Trick-or-treating was the top of the mountain, but the lead-up to the big night was when plans were hatched for the perfect costume. And you carved your pumpkin.

Sorry Nan, even the price of gas can’t rattle me now. Young Jason makes a pretty strong case for loving fall, and life in general.

What he’s saying is that if you lose sight of the big picture, take time to remember the little things. Because they make all the difference.

Jason Marshall has been a writer and journalist for more than 30 years, and is an on-air host and station manager at Valley Heritage Radio just outside of Renfrew, Ontario. And he’s truly a big kid at heart. You can email him anytime at jason@valleyheritageradio.ca