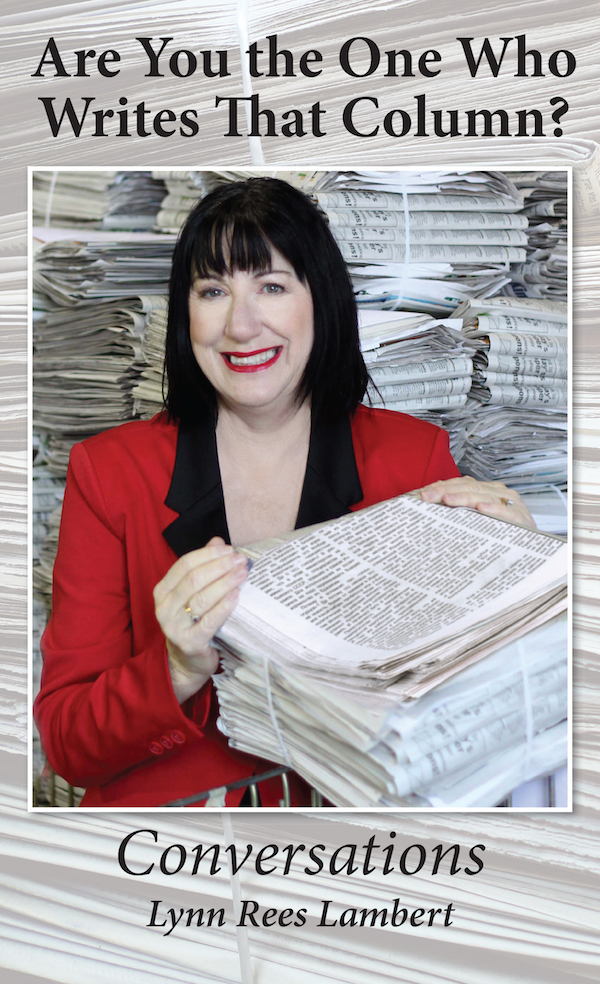 She’s back … in book form. Former Kingston This Week columnist Lynn Rees Lambert has published a collection of columns that ran in the community newspaper over a three-decade career. Are You the One Who Writes That Column? Conversations features 100 selections chronicling the life of a typical family featuring Coach, Spike, Twig and the clan. From the tumult of early years to the empty-nest blues, readers related to the ups and downs, laughed when the sister dropped in (regularly) at dinnertime and cried with the loss of family members in the feature that twice won the Canadian Community Newspapers Association National Award for best column.
Readers became fans who looked forward to each dispatch. For many, Conversations was a highlight of the week. “The column came about while I was working as a part-time reporter for Kingston This Week,” Lynn says. “It was Mother’s Day and we visited the old folks home. It was so depressing. Poor old souls were starved for company. I came home and wrote a rant. Sent it to the editor. Never thought she would run it as until then I had been covering ‘big’ news stories such as when the city’s outdoor pool was going to open and when the circus was coming to town. Imagine my surprise when I opened my mailbox the next week and found my rant – on the front page no less! That was the beginning of Conversations: May, 1978.”

It was a hit. Over time, she toned down the column to the point where it became a “slice of life” feature in Kingston This Week. Readers could certainly relate. “The family had nicknames – husband was Coach, because he coached ball for years, and the kids were Spike and Twig. Antics by my sister and her three boys – the nephs – were regularly included,” Lynn explains. “People stopped me in grocery stores and asked if I was the ‘one who writes that column.’ ”

Hence, the title of the book. She describes it as “a final chapter to my 33 years in the newspaper biz. After being downsized—and not getting a chance to say goodbye to my readers, many of whom wrote to me and called over the years—I wanted to tie up this part of my life. Because it was a big part.”

She was allowed to reprint 100 columns (out of about 1700) and only in book form. “I wanted to go this route in any case,” she says. “I love the feel of a book, ditto for newspapers and magazines. I like to hold the printed word in my hands and knock back five cups of coffee while I read every single word.”

Followers will be happy to know this publication includes a chapter of new columns bringing us up to date on the whereabouts of the family. Did Spike settle down? Get married? Did Twig disembark from the Love Boat? And Coach, Lynn’s better half? Is he still hanging in there through thick and thin?

Since you’ll undoubtedly want more, you’ll be happy to know Lynn’s writing new columns on her blog at lynnreeslambert.wordpress.com. To get the book and reach Lynn, email her at conversations14@gmail.com.

“Already I’m hearing from people who were regular readers. So, a new age. The digital one.”