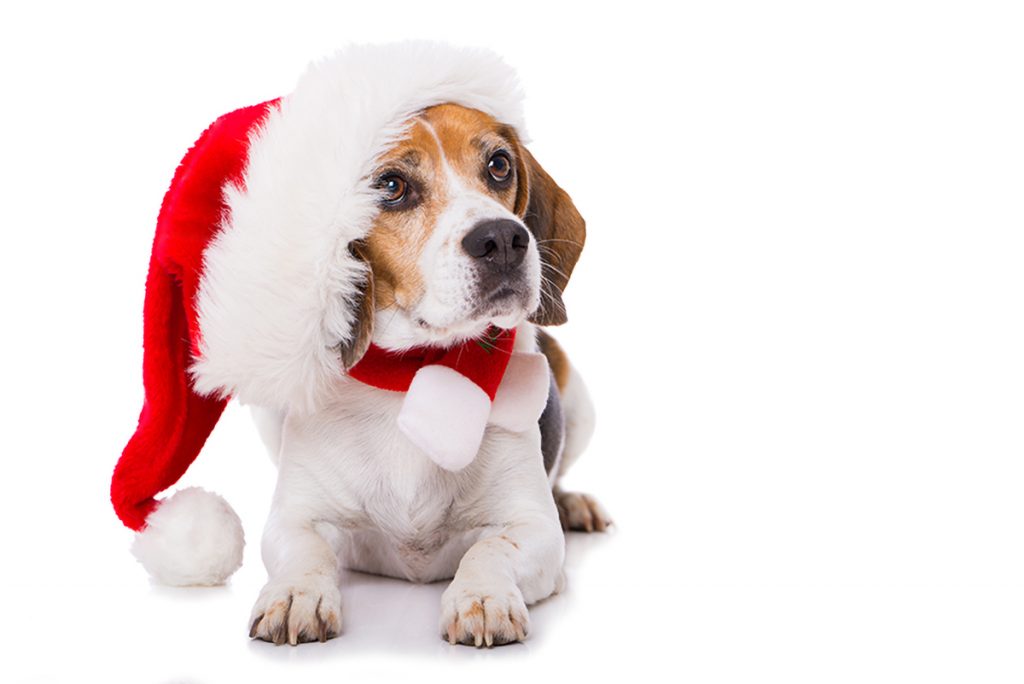 In 1897, Virginia O’Hanlon wrote a letter to the editor of the New York Sun. “Dear editor: I am 8 years old. Some of my friends say there is no Santa Claus. Papa says, ‘If you see it in the Sun then it is so’. Please tell me the truth; is there a Santa Claus?”

Francis Church, the editorial writer for the Sun, wrote a response that became the best-known editorial in history. It began with the sentence, “Yes Virginia, there is a Santa Claus.” It went on to say, “He exists as certainly as love and generosity and devotion exist, and you know that they abound and give to your life its greatest beauty and joy. Alas! How dreary would be the world if there were no Santa Claus. It would be as dreary if there were no Virginias.”

Last December — over 100 years after this famous column was published — my eight-year-old greatgrandson told me that some of his friends said that there was no Santa, and that his parents bought the presents from Santa and ate the cookies he left out on Christmas Eve. That the guys in the red suits at the mall were all a bunch of fakes. Then he asked me the milliondollar question: “Gram, is Santa real?” I was hesitant to answer, not wanting to burst his joyful childhood fantasy, but also not wanting to be dishonest. Fortunately, I was anticipating we would have this conversation. I knew what his parents would say, and I was able to recall some of the advice I was given when my own children brought up the same question.

It is essential that grandparents know and respect the parent’s feelings on Santa and how they want you to deal with the Santa conversation. Many experts agree that parents and grandparents should wait for their children to give them signs that they are ready to give up believing in Saint Nick. “When children start putting together in their minds that Santa Claus may not be real, they’ll ask questions — and that’s an opening to get them talking about what’s logical, or not, to them,” says Helen Egger, Child Psychologist at Duke University.

Most experts, parents and grandparents agree that the key issue is not so much when to break the news to your (grand)child — his peers will probably take care of that — but how to convert the belief in Santa into other expressions of the holiday spirit. Most advise telling your child that the rituals associated with Santa are just one way of expressing the joy of giving and your love for them. Once they know the truth, engage them in becoming Santa’s helper themselves — giving gifts and love to others, and being responsible for stuffing stockings for their younger siblings.

While its exact origins are unknown, one “Santa talk” essay has continued to show up for years on online forums. It goes like this:

Son: Dad, I think I am old enough to know. Is there a Santa Claus?

Dad: Yes, there is a Santa Claus.

Dad: Yes really. But he is not an old man with a beard in a red suit. The truth about Santa is that he is not a person at all; he is an idea. Think of all those presents Santa gave you over the years. I actually bought those myself. I watched you open them. Did it bother me that you didn’t thank me? Of course not! In fact, it gave me great pleasure. You see, Santa Claus is the idea of giving for the sake of giving, without thought of thanks or acknowledgement.

Dad: So now you know you are part of it. You have to be Santa Claus too, now. That means you can never tell a younger kid the secret, and you have to help select Santa presents for them. Most importantly, you have to look for opportunities to help people. Got it?

A brief history of Santa Claus
Santa Claus, also known as Saint Nicholas, Kris Kringle, Father Christmas, or simply Santa, is a legendary figure originating in Western Christian culture, who is said to bring gifts to the homes of well-behaved children on Christmas Eve (24 December) and the early morning hours of Christmas Day. The modern Santa Claus grew out of traditions surrounding the historical Saint Nicholas, the British figure of Father Christmas and the Dutch figure of Sinterklaas.The image of Santa Claus as a portly, jolly, white-bearded man wearing a red coat, trousers and hat donned with white fur, and carrying a bag full of gifts for children, became popular in the United States and Canada in the 19th century due to the significant influence of the 1823 poem by Clement Moore, “A Visit from St. Nicholas” (‘Twas the night Before Christmas) and of political cartoonist Thomas Nast. Images of Santa Claus in the red and white suit were further popularized in ads by Coca-Cola in the 1930s. His benevolent character was reinforced with his association with charity and philanthropy, particularly by organizations such as the Salvation Army. Volunteers dressed as Santa Claus typically became part of fundraising drives to aid needy families at Christmas time. The classic 1984 film, Santa Clause (note it is spelled with an “e” at the end), brought Santa into the lives of millions. In the movie, actor Tim Allen finds himself magically recruited to take Santa’s place when he inadvertently makes him fall off of his roof on Christmas Eve.

Santa Claus has been at the centre of controversy since the very early days. Some Christians believe that the lavish celebrations associated with Santa are not in accordance with their faith. Many people who do not profess to be part of any faith condemn the materialist focus of contemporary gift giving and see Santa Claus as the symbol of that culture. Others believe that Santa has no place in our modern age of multiple religions and faiths.

There is great controversy about whether the Santa myth harmfully deceives children.

Imaginative play, in which children know that Santa Claus is only a kind and giving character in a story but pretend that he is real, is widely believed to be valuable. However, actively deceiving a child into believing in Santa Claus’s real-world existence does not result in imaginative play and can promote distrust of parents and others who perpetuate the myth.

For me, the legend of Santa explained in context is one that teaches children the messages of hope, spirit, giving and love. I respect the need to acknowledge diversity in religious practices and to not exclude children of different faiths. At the same time, I see no harm in including Santa in the magical joy of childhood, no matter what faith you practice or choose not to practice. I look forward every year to hearing the tracking of Santa’s sleigh on CBC, to writing letters to Santa with my grandchildren, and to laughing out loud with my sisters when we watch the National Lampoon Christmas Vacation movie together.

As to answering those pesky friends who want to spoil Santa, one fourth-grade teacher says her standard response is “If you believe in Santa, he believes in you.” Works for me.

Frances Church who wrote the editorial Yes Virginia, there is a Santa Claus, died in 1906. Virginia O’Hanlon, who grew up to become a school principal died in 1971. However, it seems the editorial and the age-old question: Is there a Santa Claus? will live forever. Or at least as long as the tradition of Santa is practiced in our modern, magical world.

What are your views about the appropriateness of Santa in today’s world? Have you dealt with the question, “Is Santa real?” with your grandchildren and their parents? What advice would you give to grandparents who are grappling with how to handle this conversation? Write to Peggy at wanderingpeggy@me.com. We’d love to hear from you and share your wisdom.

Peggy Edwards and Mary Jane Sterne are best friends and the authors of Intentional Grandparenting: A Boomer’s Guide (McClelland and Stewart, 2005). Available from amazon.ca and Chapters.Indigo.ca. The authors live in Ottawa and have 23 grandchildren and five great-grandchildren between them.