Internationally-acclaimed Canadian soprano Measha Brueggergosman regularly performs with the top orchestras in the world and has performed for both Her Majesty Queen Elizabeth II and Nelson Mandela.

This summer, she’ll be performing live for you – at the 2016 Music and Beyond Festival! As part of this summer’s fest in Ottawa, Measha will be onstage Sunday, July 10 at 7:30 p.m. And she’s just one of dozens of electric international performers and highlights of the globally-acclaimed two-week feast of music and the arts.

There’s definitely an exciting lineup for the 2016 extravaganza that’s on from July 4 to 17. This year’s concerts and events range from Shakespeare and Music with Christopher Plummer to Music and Circus with China’s Hebei Acrobatic Troupe.

Highlights include Shakespeare and Music with Christopher Plummer and Music and Circus with China’s Hebei Acrobatic Troupe. 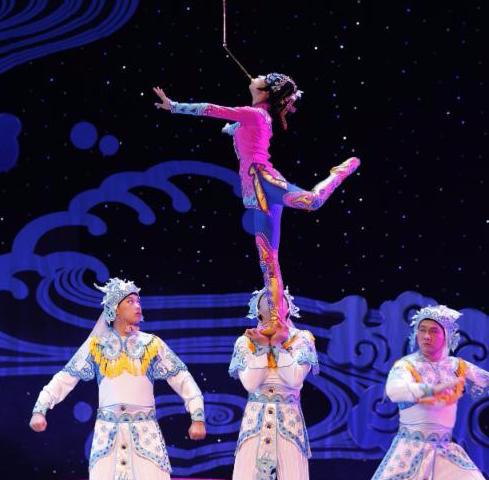 Inside you will find performances of all kinds. From circus and acrobatic troupes to musical comedians and solo performances, the Music and Beyond Festival Tent will include daily programming for all ages right through the  festival.

With a capacity to hold 400 festival attendees on elevated bleachers, it offers a perfect, intimate viewing experience around a centre stage where performers are scheduled to dazzle and impress all festival long. The enticing part?  It’s all included with a festival pass.

Click here to get your festival pass, which includes access to the Music and Beyond Festival Tent, Measha Brueggergosman’s show and many other festival performances.