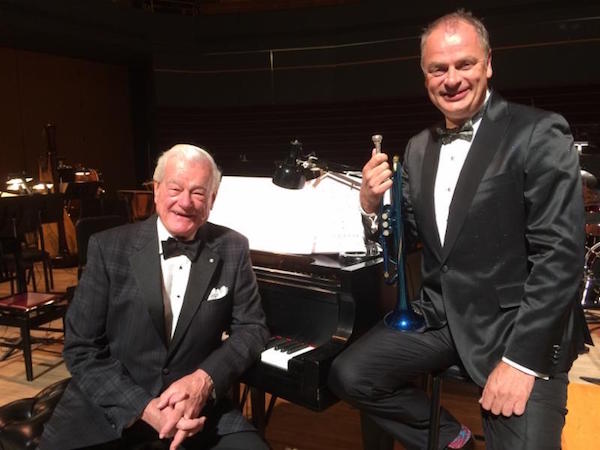 There are some amazing performances on tap for this year’s fab Music and Beyond Festival that’s taking place July 4 to 17 in Ottawa.

Jens Lindemann has been hailed as one of the most celebrated trumpet players in the history of the instrument. He’s performed in every major concert venue in the world, in the United States, Europe, and Asia. He has performed for the Queen at the Vancouver Olympics, and he’s the first ever brass soloist to receive the Order of Canada.

Former Canadian Senator Tommy Banks is a pianist, composer, conductor, and television personality who has conducted orchestras throughout North America and Europe and a fixture in the Canadian entertainment scene.

Both are Juno award nominees. Both are officers of the Order of Canada. And both will be performing with the NAC Orchestra for Music and Beyond. This concert will be held in the glorious acoustics of the air conditioned Dominion-Chalmers United Church. This performance is included in your Music and Beyond festival pass.