Soccer is the one sport that everyone in our family enjoys. I used to play it when I was younger.  My wife, Sandy,  grew up watching soccer in Mexico and our son, David, has started playing soccer at school as well. 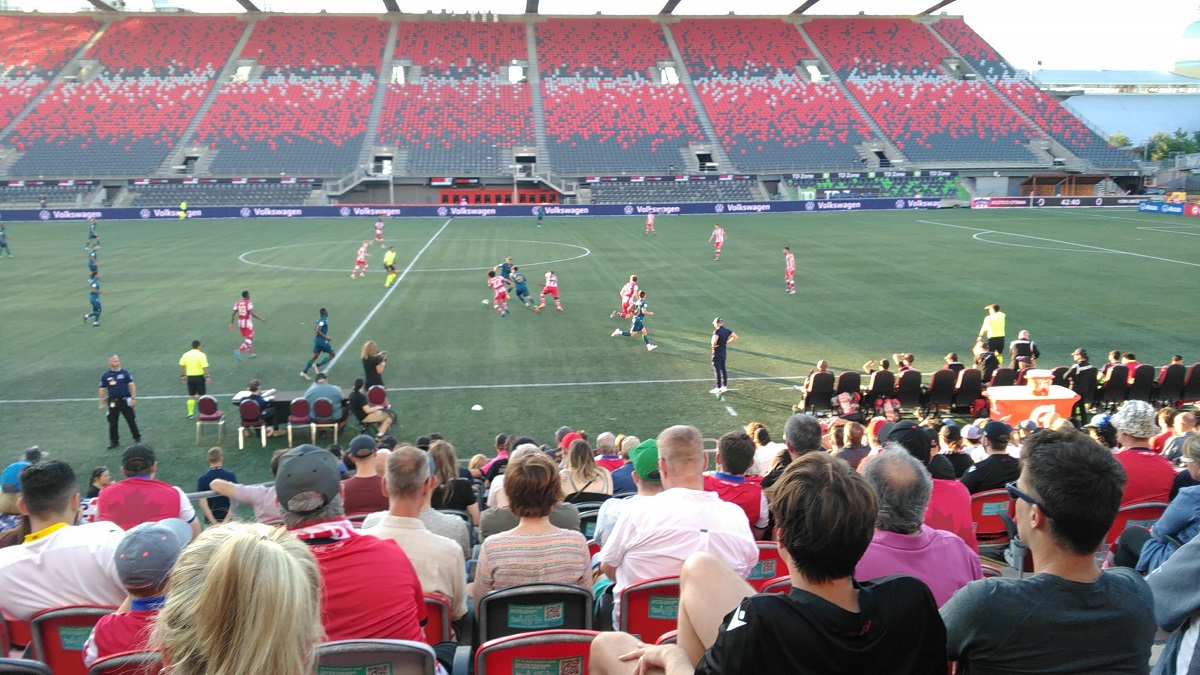 We all love going to Atletico Ottawa games at TD Place.  We attended a game between Ottawa and Hamilton-based Forge FC.    We were very impressed by the atmosphere at the stadium.  There were many fans decked out in Atletico Ottawa gear.  There was also a supporter section that was particularly vocal.

We also enjoyed the caliber of play.   You don’t have to go to Europe or South America to see great soccer.  Ottawa and Forge battled to a 0-0 draw.   That does not mean the game was boring.  Both sides had good chances but just did not score. 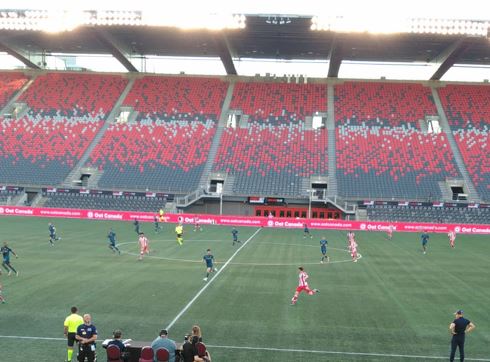 When we were at the game, we saw that Atletico Ottawa were also going to be offering youth soccer training camps this summer.  Since their sister club is Atletico Madrid,  colleagues from the Atletico de Madrid Academy will be helping to lead the camps.

As mentioned,  David has taken to soccer and loved the idea of training with soccer professionals from Madrid.   He is interested to participate in the summer camp.  The camp will be held at the RA Centre starting July 25th for three weeks.  For more information about the soccer camps visit,  https://atleticoottawa.canpl.ca/atletico-de-madrid-camp-ottawa/