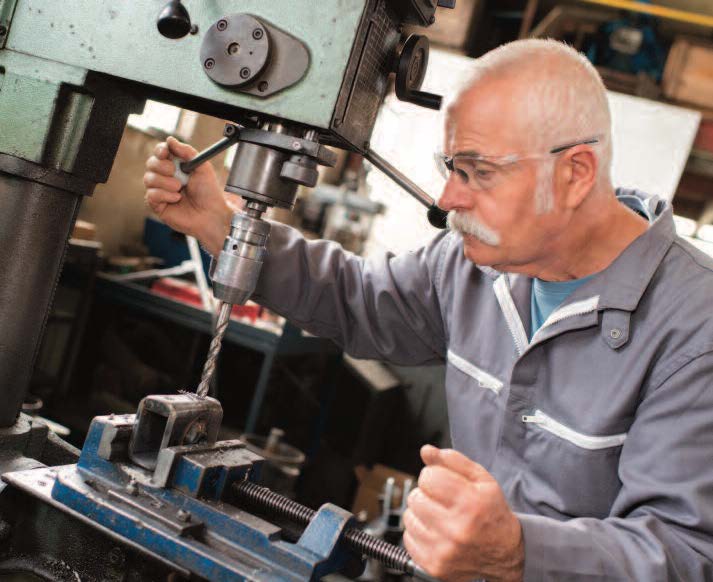 We all should be evaluated on our merits

Gone is the era of early retirement. In fact, many workers in Ontario can no longer afford to leave the workforce at age 65. Although older workers continue to make valuable contributions to the workplace, they are commonly told that they may not fit into a “youthful” work culture, or that they need not attend a particular training session as they are “so close to retirement.”

What is age discrimination?

Under Ontario’s Human Rights Code, everyone has the right to be free from discrimination in the course of employment. Section-five of the Code lists a number of prohibited grounds of discrimination, one of which is age. Accordingly, age discrimination is a legally recognized concept under the Code.

Age discrimination and ageism are distinct, but related, concepts. Age discrimination can arise from any act, practice, or policy that distinguishes or treats someone in a negative way because of their age. It can occur at any point in the employment relationship — during the hiring process, in the course of employment, or at termination.

Ageism refers to how society views older persons through the lens of negative stereotypes, and how these perceptions, based on preconceived notions about aging and getting older, give rise to discriminatory treatment.

If you or someone you know suspect that they are being discriminated against on the basis of age, here are some important things to keep in mind:

(1) In order to establish age discrimination, a person must show that the negative treatment they experienced at work, occurred because of their age;

(2) Even if an employer did not intend to discriminate against someone, if age was a factor in the employer’s actions and those actions had a discriminatory effect, it may still constitute discrimination; and,

(3) Experiencing disagreeable treatment from an employer is not enough to support a claim of age discrimination. For example, if an employer disciplines someone, and it can point to concrete factors such as performance issues to support its actions, it is unlikely that discrimination will be established.

One example where age discrimination was found to have occurred was a case called Reiss v CCH Canadian Limited. In that case, the employer told a 60-year-old job applicant that it was looking for someone “more junior in their experiences and salary expectations.” Unsurprisingly, this discouraged the applicant from following-up with the employer regarding an interview, and made the applicant feel discriminated against. Although the employer argued that it could not possibly have discriminated against the applicant because it did not even know his age at the time, the Tribunal rejected this argument, calling it “disingenuous.” The Tribunal found that the decision was “…based on a stereotypical view about the applicant, based in part on the applicant’s age.” This merited a $5,000 award for injury to dignity, feelings, and self-respect.

However, not all cases where age discrimination seems apparent result in awards for claimants. For example, in Young v Bolton, the Tribunal found that the employer did not discriminate against the employee by asking about their retirement plans, because the employer established that it was simply doing so to ensure staff availability. In another case, Watson v Canadian Auto Workers Local 27, the Tribunal found that it was not discriminatory to present an early retirement offer to an employee simply because they were the oldest employee.

In short, the Tribunal will not find discrimination in every case where age is at issue. Especially if an employer can link their age-based comments or actions on an operational requirement, they may be able to defend those actions despite a claimant feeling discriminated against.

Age discrimination is an important issue affecting many workers throughout Ontario and is becoming more prominent in the fifty-five-plus crowd. It can have adverse effects on their economic status, as well as their sense of dignity and self-worth. Therefore, employers must acknowledge that everyone should be evaluated on their merits, not on assumptions about their capabilities due to age.

If you or someone you know believe that they have faced age discrimination at work, it may be time to seek legal advice to assess whether legal remedies are available. A lawyer can assist in filing a claim with the Human Rights Tribunal of Ontario about the incident(s). Once an application has been filed, the Tribunal gives the parties the option of mediation to resolve their issues without a hearing. It is free and confidential. If mediation is not pursued, or does not result in a settlement, the parties proceed to a hearing where the Tribunal will rule on the issues presented. There is a one-year limitation period to make a complaint to the Tribunal.

Alexander Dezan is an associate lawyer with Nelligan O’Brien Payne and a member of the Labour, Employment, and Litigation practice groups. Alexander assists employees who have been terminated, works on human rights issues, and advises on a range of employment related matters.