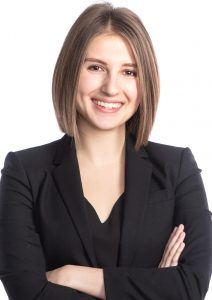 Makeups and breakups in your golden years

Whether you’re moving in with a new partner,getting (re)married, or separating from a long-time spouse, there’s a lot to consider — and many of these issues become more complicated as you age. It’s important to take the time to get legal advice on whatever new circumstances you are facing (or contemplating), so you can best protect your interests going forward.

Entering into, or ending, a relationship can be a major life event not only emotionally, but also financially.While older spouses who separate are less likely to face disputes over the custody or access of minor children, the financial repercussions of separation can be much more significant and far reaching than for younger couples.At later stages in life, the consequences of a breakdown in a relationship can be financially devastating,throwing a wrench into careful retirement and estate planning and leaving both  spouses in an unexpected bind.

Even though the law is the same,separation later in life has its own unique challenges. Older spouses may not be able to recover from the financial difficulties of moving from one household to two in the same way as younger couples who part ways. Individuals in their 30s or 40s will often have greater flexibility and more time to “bounce back”, taking steps to rebuild their assets,re-enter the workforce,or increase their earning potential after a breakup.The reality is usually very different for people in their 50s, 60s, and beyond; at this point, many spouses are
retired or nearing retirement, living off a reduced income or drawing upon their savings, and may have health problems that limit their ability to be self sufficient.

Generally speaking, unless they have contracted out of the regime,married spouses who separate have the right to apply for an equalization of their net family properties (often referred to as “division of property”). This is not the case for common law spouses, although they may have the right to share property accumulated during the relationship through other legal principles.

The total value of property accumulated during the marriage is divided equally between the spouses, 50-50.Each spouse’s“net family property”is calculated by figuring out what that spouse’s net worth was on the date of marriage (assets less liabilities) and deducting that amount from their net worth on the date of separation, with some exceptions.The spouse with the greater net family property will owe the
other spouse a payment to equalize their respective increases in net worth over the course of the marriage.

Older couples who have been together for extended periods of time will usually have more assets on the table. Often, they will have acquired these assets over a number of years, reaching the point where their lives and finances have become so intertwined that it takes a great deal of effort to untangle them. In addition to being higher in value, their assets may also be more complex, and will include things like the family home, cottage, RRSPs, and investments.Often,the largest asset other than the home will be one (or more) pension(s).

The treatment of pensions in family law is complex,and it depends on whether the pension is in pay when the parties separate and the particular circumstances of each case. In some situations, “double-dipping”may be permitted,meaning that one spouse’s pension is considered an asset for equalization purposes and, after it is divided, the remainder is treated as income for spousal support purposes.Valuing a pension will normally require a report from an actuary.

Spousal support is another major consideration, which applies to both married and common law spouses. Whether one spouse is entitled to spousal support from the other, and in what amount, will depend on a multitude of factors, including the roles assumed during the relationship, whether one spouse suffered any detriment to their income earning potential or contributed to the earning potential of the other (including by taking on more of the childcare and household responsibilities), the length of the relationship, the circumstances of each spouse at the time of separation, and their respective incomes.

If your relationship looks like a “traditional” marriage, where one spouse has been primarily responsible for looking after the family and home, with the other spouse acting as the sole or primary breadwinner,then spousal support may be particularly significant. Support will be payable to address disparities in income, compensate for the roles each person played in the relationship, and ensure that both spouses can maintain a similar standard of living post-separation.

The length of the marriage or period of cohabitation, as well as the ages of the spouses, will impact the duration of spousal support. If the
relationship is 20 years or longer,or if the relationship is more than five years and the length of the relationship plus the recipient’s age at the date of separation is 65 or over, support will be “indefinite”. While this doesn’t necessarily mean that support will be permanent, it does mean that it won’t be time limited (i.e. no fixed end date) and the amount of support (and whether it should remain payable) could be reviewed from time to time.

All of this can have a huge impact on your plans for the future,including retirement. A separation later in life may derail certain timelines; it may not be feasible to retire early, especially if you have ongoing support obligations.You may also have to dip into your retirement savings to make an equalization payment, further delaying retirement or slowing down your work.

Most of us don’t think about these issues when we enter into a new relationship, but the legal consequences of moving in with someone or getting married in your later years shouldn’t be overlooked. If you separate or if one spouse passes away, you may be surprised at what the law does (and doesn’t) provide for.You may also need to organize your affairs to provide for a former spouse or adult children from a prior relationship. Consider whether you should enter into a cohabitation agreement or marriage contract with your new spouse to modify or waive certain entitlements to better suit your needs.

You’ve probably spent a lot of time thinking about your “golden years.” No matter where life takes you, it’s always a good idea to talk to a family law lawyer to understand your rights and obligations, so you can plan a way forward that will leave you with greater financial security and peace of mind.

Emma Costain is an associate lawyer with the Ottawa law firm Nelligan Law (nelliganlaw.ca). She practices in the areas of Family and Estates Law.

NOTE TO READERS: THE VIEWS OF THE AUTHOR DO NOT NECESSARILY REFLECT THOSE OF COYLE MEDIA GROUP. THIS ARTICLE IS PROVIDED AS A GENERAL SOURCE OF INFORMATION ONLY AND SHOULD NOT BE CONSIDERED TO BE PERSONAL
INVESTMENT OR LEGAL ADVICE, OR A SOLICITATION TO BUY SERVICES. READERS SHOULD CONSULT WITH THEIR FINANCIAL OR LEGAL ADVISOR TO ENSURE IT IS SUITABLE FOR THEIR CIRCUMSTANCES.