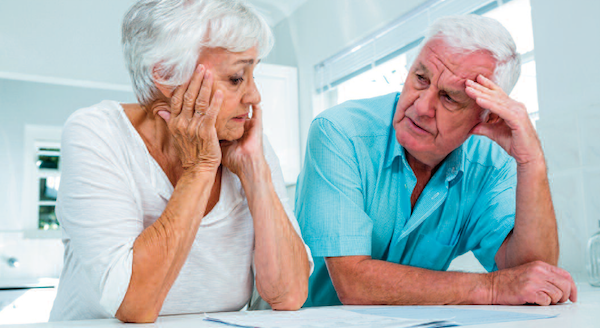 Are they a good idea?

We have often heard the quote from Benjamin Franklin that “In this world, nothing can be said to be certain except death and taxes,” and in the21st Century that statement remains true. When a person dies, depending upon the value of their assets before death, the deceased’s estate may have to pay estate administration tax, formerly known as “probate fees.” The estate administration tax is charged on the total value of the deceased’s estate. The total value of the estate is the value of all assets owned by the deceased at the time of death, including:

– All property of the deceased that was held in another person’s name All other property, wherever situated, including:

To reduce the amount of estate administration tax that a person has to pay upon death, some people might think it is a good idea to put your assets under a joint name with your spouse or with your children. In Ontario, this means that upon death, the assets that are jointly owned with a right of survivorship would be transferred to the other named owner by operation of law. Therefore, they would not form part of the estate assets and would not be subject to estate administration tax.

However, the 2007 Supreme Court of Canada decision in Pecore v. Pecore clarified what happens to joint accounts when one of the account holders passes away, but many people are still not aware of its implications. The presumptions that a court makes about a deceased’s wishes vary between different sets of circumstances.

Between parents and minor children

Between parents and adult children

While most people assume that joint accounts between parents and their children are treated the same, regardless of whether they are minors or adults, the Court confirmed that this is not the case. Courts will apply the presumption of resulting trust to joint accounts between parents and adult children (including dependent adult children), meaning that the adult child is viewed to hold the account in trust for their parent’s estate. Unless the child can provide evidence that proves that their parent intended for them to inherit through survivorship, the funds will revert back to the estate to be shared among the deceased’s heirs, and will be subjected to tax. The question that courts ask in these cases is: What was the deceased’s intention at the time of making the joint account?

Courts will look at a variety of factors to determine whether the deceased intended for their adult child to inherit the funds, such as evidence subsequent to the transfer, who controlled and used the bank account, who paid income tax on the account, and/or bank documents. However, the Court noted in Pecore’s companion decision, Madsen Estate v. Saylor, that simply checking off “joint tenants” on a bank account application is not sufficient evidence by itself to rebut the presumption. Courts may also look at the relationships between the joint account holders, the dependency of the child on the parent, and statements made to banks or lawyers regarding the ownership of the account.

In Pecore, Paula’s ex-husband, Michael Pecore, asserted that he was entitled to half of the funds that Paula had inherited from the joint accounts. The Court agreed that the presumption was that Paula was holding the joint accounts in trust for the estate (of which Michael was a named beneficiary); however, they found that Paula had provided sufficient evidence to prove that her father intended for her to inherit the accounts by survivorship. While Paula’s father had maintained control of the accounts and paid tax on them, Paula had long been financially dependent on him. Further, they were very close, and Paula’s father had simply followed his accountant’s advice to ensure that Paula inherit the funds without tax imposed.

Section 14 of Ontario’s Family Law Act applies the presumption of advancement to any accounts held jointly by married spouses. Therefore, absent evidence to the contrary, a surviving spouse will inherit the funds in the account through survivorship.

However, the Act only applies to married spouses. Therefore, the presumption of resulting trust will apply to joint accounts between common-law spouses. Surviving common-law spouses have the same evidential burden as adult children do in court — they must prove that their spouse intended for them to inherit the funds.

The risks of joint accounts

While joint accounts can help seniors to get banking assistance, spouses to share expenses, and loved ones to inherit funds outside the estate through survivorship, they come with serious risks that should be considered before a joint account is created.

Both account holders have equal rights to access joint accounts. Either party can drain the account of its funds — regardless of who deposited the funds in the first place. For example, in Baker v. Bourque, Margaret Baker, an elderly widow, acted on the advice of her financial advisor and decided to add her adopted daughter Shirley to her bank accounts for convenience. Further, she transferred ownership of her house to Shirley, but retained a life interest so she could continue to live there for the rest of her life. Later, while Mrs. Baker was in the hospital, Shirley withdrew over $110,000 from her accounts. Mrs. Baker was then denied access to her home. She was left with her personal belongings and $4. In her failing health, Mrs. Baker had to seek recourse through the court system.

In addition, joint accounts may be subject to claims from the other party’s creditors or divorce proceedings. Further, joint accounts are often the matter of family fights and bitter estate litigation.

The most important takeaway from Pecore is that one must make their intentions known. For example, parents who want their children to inherit their joint account through survivorship should consider expressing this intention in their will. However, if they would simply like some help managing their banking and finances, they could consider appointing their child as having power of attorney (“POA”) instead. This can give them access to the account on their parent’s behalf and nothing more. However, those wanting their children to inherit the joint account may also want to designate them as having POA in addition to having a joint account.This reinforces the idea that the parent wanted them to inherit the account, because they did not need to add them to the account to get help with banking since they already had POA.

What is most important is to seek professional advice regarding financial and estate planning.Aside from spouses, professionals are growing hesitant to advise parents to hold joint bank accounts with their adult children, due to the changing law and inherent risks involved. Ensuring that a solid plan is in place, that meets current needs but clearly communicates future intentions, can lead to enormous savings in litigation, personal, and emotional costs down the road. ■ 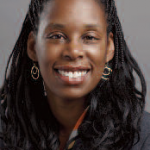 Marcia A. Green is an associate lawyer with the Ottawa law firm of Nelligan O’Brien Payne LLP (www.nelligan.ca) and a member of the Wills and Estates Practice Group.

NOTE TO READERS: THE VIEWS OF THE AUTHOR DO NOT NECESSARILY REFLECT THOSE OF COYLE PUBLISHING. THIS ARTICLE IS PROVIDED AS A GENERAL SOURCE OF INFORMATION ONLY AND SHOULD NOT BE CONSIDERED TO BE PERSONAL INVESTMENT OR LEGAL ADVICE, OR A SOLICITATION TO BUY SERVICES.READERS SHOULD CONSULT WITH THEIR FINANCIAL OR LEGAL ADVISOR TO ENSURE IT IS SUITABLE FOR THEIR CIRCUMSTANCES.