Protect your estate from litigation 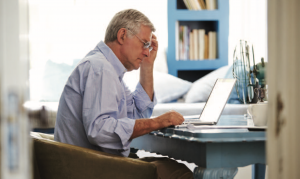 A marriage contract, also called a prenup, sets out the rights and obligations of each party upon the end of a relationship. If you are planning to live common-law with someone, you can sign a cohabitation agreement instead, which can also carry over to become a marriage contract.

These kind of relationship contracts are admittedly not the most romantic notion, but they are often a sound investment not only to protect your assets in the event of a separation, but to protect your well-thought-out estate plan, particularly if you are entering into a second marriage or relationship.

These contracts can deal with a number of issues which might arise after your death, including property division, spousal support and sometimes child support.

If you are married, you may be aware that on separation you and your spouse will divide your assets according to a legislated process called equalization. To put it simply, this is where the net family property accumulated by both parties during the marriage is valued and the difference equalized between the parties.

What you might not be aware of, is that a spouse can also elect to initiate this process after your death under the Family Law Act, as long as the election is made within six months of your date of death. If such an election is made, your spouse will be entitled to his or her share of the net family property accumulated during the marriage, rather than the benefits he or she was left under your Will.

A marriage contract can limit your spouse’s property entitlements upon death and ensure the wishes in your Will are carried out. A common clause in a marriage contract is one that protects the matrimonial home, particularly if it was solely owned by one party before the marriage. If you don’t have a contract limiting your spouse’s rights to the home, the entire value of the home will be accounted for in the equalization process, not just the increase in value since the date of marriage. This is because a matrimonial home is given special treatment under the Family Law Act, unless the couple agrees to a different arrangement by contract.

The equalization scheme does not apply to common-law partners, but there are still claims that couples in a common-law relationship can make against each other, or each other’s estates, if one party has contributed to the improvement of the other person’s property.

Another common topic addressed in marriage contracts and cohabitation agreements is limits on spousal support. In the absence of such agreements, your estate is more vulnerable to a Dependent Support Claim. This kind of claim can be made by a person who you were providing support for, prior to your death, or were under a legal obligation to provide support for. These claims are most commonly brought by a spouse or child of the deceased when the deceased’s estate plan did not provide adequate provision for the proper support of his or her dependents. In such cases, the courts can make an order that funds from the estate, as the court considers adequate, be paid to the dependent asserting the claim, even if the Will contemplates something different. A spouse in the “dependent support” context includes both married spouses and couples who are living in a common-law relationship for a period of at least three years. Provisions can be made in a marriage contract or cohabitation agreement to place limits on these types of claims after death.

Moreover, while you cannot ‘contract out’ of your own child support obligations, if you and your partner both have children from prior relationships, you may want to consider mutual clauses in an agreement that clearly state that you are not standing in the place of a parent for the other’s children and are not responsible for providing support to them.

It is important that these agreements contain clauses and language that binds your estate, in order to ensure that your estate plan is carried out upon your death.

If you are already married to someone, you and your spouse can consider what is called a postnuptial agreement or post-marital agreement as part of your estate planning. Such a contract could be beneficial in circumstances where one partner is given a position in a family business unexpectedly. Of course, these kinds of agreements might be more difficult to agree upon with a partner later, if you don’t have equal assets to protect.

The absence of adequate life insurance at the time of your death can create protracted litigation for your estate. This was the case in the recent decision of Moore v Sweet, which made it all the way to the Supreme Court of Canada, five years after the testator died. 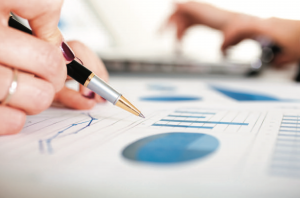 The judge at first instance and Ontario Court of Appeal came to different conclusions on who should be entitled to the proceeds. On November 23, 2018, the Supreme Court of Canada released its decision in favour of the first wife. While few cases make it to the Supreme Court, even an average case can take a year- and-a-half to two years to make its way through to a trial decision. Therefore, in order to avoid a lengthy court battle, it is vital that your estate plan is consistent with your obligations to a former spouse or partner.

Regardless of when a relationship a contract is drafted, both parties to the relationship should seek their own separate independent legal advice from a family law lawyer before signing an agreement. This is not to encourage you to spend additional legal fees; rather, the presence of independent legal advice for both parties makes the contract less vulnerable to a legal challenge if it needs to be enforced.

Finally, even if you are not concerned about your spouse or partner making claims against your estate, your family may be. These agreements can be a good way to remove any perceived motivations regarding the relationship that is creating conflict in the family, such as the predatory marriage concern (for example, when adult kids are concerned that a widowed mom has taken on a much younger partner).

You will likely invest both time and money to create a thoughtful estate plan. If you have entered into a new relationship, you need to consider the impact this relationship will have on your estate plan and the distribution of assets after death. Proper consideration will ensure your estate trustee can carry out the instructions in your Will according to your wishes.

Erin Kelley is an associate lawyer with the Ottawa law firm of Nelligan O’Brien Payne LLP (nelliganlaw.ca) and a member of the Estates Law and Family Law practice groups.