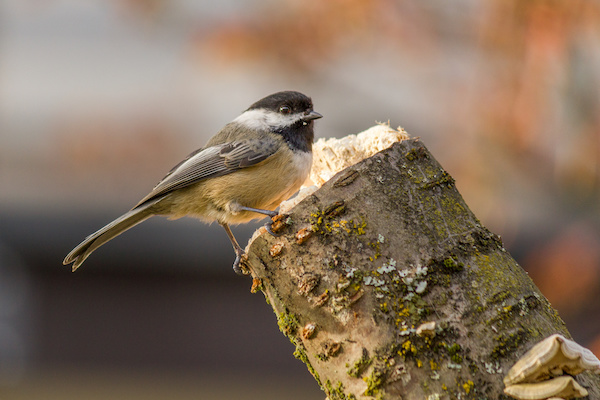 Everyone has come upon a bird’s nest at one time or another. It might have been a small grass cup tucked away in a bush, a scrape amidst loose stones or leaves in a vacant lot or a well constructed collection of twigs nestled snugly in the arms of a mature tree. Birds choose many places to build their nests and each species usually has a slightly different method of construction. In fact, you can often identify the homeowner by the look of the nest, where it is placed and of course by the size, number and colouration of the eggs.

We tend to be attentive to birds around our home or cottage, and of course species such as tree swallows, house wrens and bluebirds will nest in birdhouses we erect. But it is the natural nests that intrigue us.As youngsters, many of us recall actively searching for nests so that we could share in the excitement. Perhaps it was a robin’s mud and grass nest placed on a shelf outside a shed. What might have led you there was a shell dropped by the house-cleaning mother that you spotted on the ground. You knew it was a robin egg and not a starling because of the candy blue colour – the starling’s is pale blue. Besides, the starling likely nested in a hole in the side of a house or even in an uncovered exhaust vent. Any cavity will do.

Observation from a distance is best so the young are not disturbed – it is against the Migratory Birds Convention Act to harm them or to remove eggs. Young songbirds develop quickly, usually being able to leave the nest in three weeks or more and by then they are adult size, but of course lack adult abilities.

Large birds, such as red-tailed hawks and crows have stick nests high up in mature trees. The hawk is usually using an old crow nest and the same nest might be attractive to a great horned owl as well. Heron colonies in swamp forests contain many large stick nests in dead trees. Island heronries along major rivers are often infiltrated by double-crested cormorants which tend to take over. Then there is the stick nest of the osprey and the palatial stick nest of the bald eagle. All add a few more branches each year.

Songbirds such as warblers,vireos and finches will use grasses, lichens, moss, feathers, fine roots and even string and secure the cup to tree or bush branches or to tall weeds. The well constructed nests will often survive the winter but are not reused.

Ground nesting birds are taking a chance that predators won’t find them so their nests are usually well camouflaged. There is nothing to a killdeer nest but the four speckled eggs are virtually invisible on the graveled ground. The mother remains motionless until the last moment before leading you astray feigning a broken wing. Birds like the field sparrow will have a simple grass cup with vegetation sitting tightly overhead for protection. If you flush a mother duck or goose, you’ll discover a gathering of grasses well lined with her own downy feathers and a hearty breakfast for an egg-loving skunk or raccoon. Don’t approach too closely to avoid leading such predators to her door. A word of caution – don’t tick off mother goose. You may seriously regret it.

Holes in trees are used by woodpeckers, chickadees, screech-owls and others and there are unique nests such as the tightly woven pouch of the Baltimore oriole, often hung from a drooping willow branch, the little Dutch oven of the ground nesting ovenbird, or the nest of the chimney swift that is a half cup of small twigs cemented to the inside of a chimney with the bird’s glue-like saliva. Bank swallows live in colonies, hollowing out small holes in sand banks. 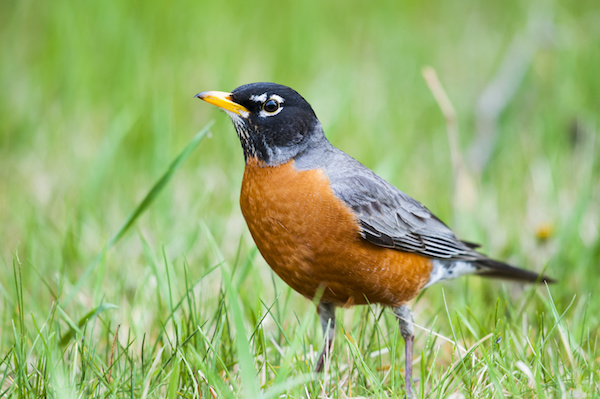 Sometimes you’ll find birds nesting in the oddest places, like the robin or house finch in your hanging flower basket, or the barn swallow that takes up residence on your front door in one of those decorative hanging nests. House wrens will nest in anything, including cans in garbage heaps, large abandoned hornet nests, old shoes, boots, hats, a child’s playhouse, an abandoned car or the pocket of a scarecrow. And how about the Carolina wren that thought a freshly washed hoodie on the clothesline was fair game? Better not leave them out too long next time.

This is the most active time of year for birds and it is the time all of us have been waiting for. It’s a chance to kick back and relax and to watch the world go by. Nesting birds will add an exciting dimension to our castles. Home sweet home. n

This article originally appeared in the May 2011 issue of Fifty-Five Plus.