What you need to know about grow zones 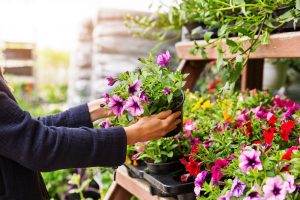 When shopping for a new plant, one crucial bit of information is its “zone” tolerance. Here, zone refers to the grow zone, also called plant hardiness zone. It is a number from zero to nine that indicates the cold tolerance of the plant: zone 0 designates the high Arctic, while zone 9 occurs only at the southern most tip of Vancouver Island and parts of coastal BC. In Canada, we divide our grow zones in half, designated by “a” or “b”. The mnemonic “A is awful, B is better helps us remember that, for example,4b is slightly milder than 4a.

Where to find grow zone info

Plant catalogues indicate the hardiness for all plants they sell. The identifying tags for plants purchased at nurseries also typically include zonal information. If you want to know the zone where you live, visit this website (http://planthardiness.gc.ca/images/PHZ_2014_CFS_Map.pdf) to see the official designation of climate hardiness in your area.

Knowing your zone doesn’t give you the full story. You also have to apply common sense and observation. When I zoom into west Ottawa where I live, I see a lovely golden colour indicating that my garden is in zone 5b.But years of buying zone 5 plants that didn’t survive the winter, has taught me that my garden is more likely a zone 4.I live on the north side of a hill, close to the Ottawa River. My garden is in a microclimate that gets a bit less sun and a bit more wind than elsewhere in Ottawa. Savvy gardeners know to plant their tender plants in a sheltered area, such as near a south-facing wall, which provides a more positive microclimate.

Generalizing from observations about microclimates, you might suspect that temperature isn’t the ‘be-all and end-all’ of plant hardiness — and you would be right. Initially, Canada followed the example of the United States, where grow zone information is based solely on minimum annual temperatures. This scheme gives a fairly good approximation of hardiness, but Canada’s vast landmass and extreme climate called for more nuance.

The first Canadian plant hardiness map was produced in 1967 and was based on observations made between 1930 and 1960 at 640 weather stations. Specifically, it rated the survival of 174
ornamental trees and shrubs at 108 locations and calculated a hardiness index between zero and 100. In addition to minimum winter temperature, this hardiness scheme considered six variables:
the length of the frost-free period; summer rainfall; maximum temperatures; the extent of snow cover; January rainfall; and maximum wind speed.

By the early 2000s, the Canadian grow zone map needed to be updated. Before the 1960s, there were few weather stations in Canada’s north, so nowhere near enough data for deciding on plant
hardiness in Northern Canada. Climate mapping science and mathematics have advanced significantly, so more sophisticated analyses of the many inter-related variables that affect weather and
climate is now possible. Climate change is also making itself felt, especially in Canada’s north. 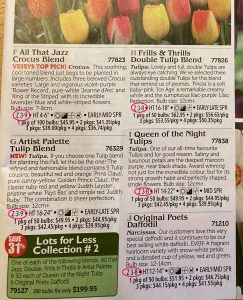 The updated map uses weather data from 1981 to 2010,and considers the same seven variables, but uses a more complex formula to combine their effect. It also clearly shows a changing climate when compared with the 1967 map. Hardiness zones across western Canada have shifted northwards. Central and Eastern Canada show less dramatic climate warming and some areas in the Maritimes even show slight cooling. In Alberta, 374 communities showed average temperature increases equivalent to 2.5 grow zones. Saskatchewan showed the greatest temperature increases
overall, and Winnipeg, Manitoba had warmed from zone 3a to 4a.

The 2014 Canadian map also showed greater variance from an updated United States Department of Agriculture grow zone map. Remember, the USDA is still using only a single variable — annual minimum temperatures — to determine plant hardiness. Canadians buying plants from the US often assume that the USDA number will be one less than the Canadian grow zone. If a plant is hardy to zone 3 USDA, then the assumption is it will work in a zone 4 Canadian garden. The truth is a little more complicated than that. It depends upon where you live. For example, Ottawa is on the edge of 4a and 4b using the USDA grow zone scheme.

As home gardeners, we all use grow zone information to decide what to plant in our gardens. Farmers and commercial ornamental plant growers use grow zone information in much the same way but, of course, on a much larger scale. In 2015,the Canadian horticulture industry was worth $14.5B, and the forestry industry worth $27B (data from 2017). Folks who manage and plan reforestation efforts have to think as much as 50 years into the future. This makes understanding and predicting the future of climate change a particular preoccupation.

As climate change accelerates, it’s hard for scientists to keep pace with the impacts. Gardeners can help by sharing observations from their own backyards. The Government of Canada supports
numerous citizen science networks, so if plant watching isn’t your thing, you can watch birds, butterflies, frogs and even ice. See the Citizen Science Portal (https://www.science.gc.ca/eic/sit
e/063.nsf/eng/h_97169.html) for more details. You, too, can become a Citizen Scientist!

Rebecca Last gardens in Ottawa’s west-end and has been a member of Master Gardeners of Ottawa Carleton since 2005. Thanks to Dan McKenney, one of Canada’s foremost climate mapping
scientists for sharing his research and reviewing this article. Any errors are the author’s alone.

Becoming a Citizen Scientist
If you are passionate about the science behind gardening, consider joining Plant Watch (https://www.naturewatch.ca/plantwatch/).This national network allows citizens like you to get involved by recording flowering times for selected plant species — the so-called indicator species. When you submit your data, it’s added to a web map for all of Canada that allows researchers to better understand how climate change and other ecological factors are affecting our environment. Your observations make a difference!