Any radical change in an animal’s behaviour is a warning signal of a health problem. So when Marnie, my Irish Setter, started panting heavily for prolonged periods, even on cool days, I worried, especially when a panting session was followed by an equally extended intake of water. At my daughter’s suggestion, I tracked the amount of water she drank over a 24-hour period (simply measuring the number of cups I needed to refill her bowl). It was clear that the 13-plus bowls she drank was much more than she had been drinking before the panting started. Not surprisingly, there was also an increased need to go outside, even in the middle of the night, to rid herself of all that liquid. 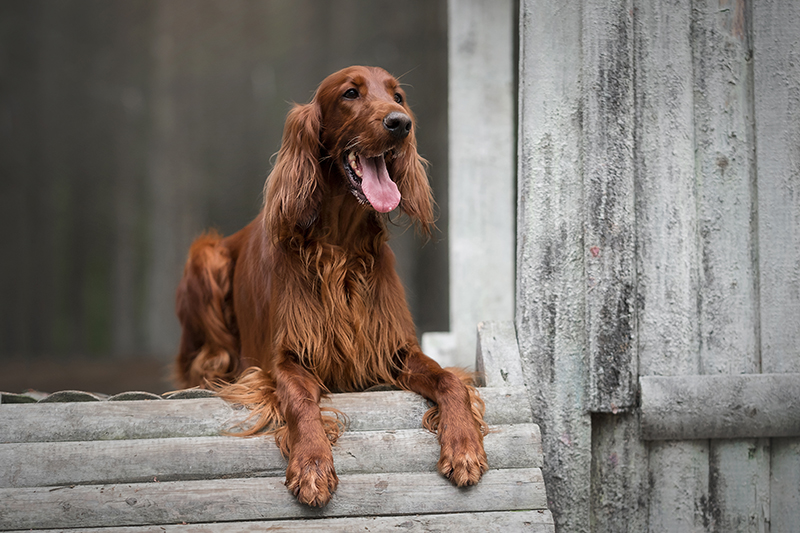 Suspecting diabetes, I took her to the vet for a checkup, blood and urine tests. The results confirmed that Marnie, now nine years old, was an insulin-dependent diabetic. While she might still live to her normal lifespan, she would need to have two injections of insulin a day for the rest of her life—the precise amount to be determined by further testing and adjustment.

I hate the thought of doing anything that might cause an animal pain and feared that I would not cope with mhaving to give her regular shots. However, after detailed instructions from a vet and a veterinary technician, I have been able to make that part of the treatment routine, observing the 12-hour gap between shots and the importance of administering them only after Marnie has eaten.

Either she has a very high pain threshold or, because the very fine needle is inserted just under the skin, Marnie doesn’t react at all to the shots. I do take a little time to give extra strokes and praise before and after to try and minimize any trauma, for her and for me.

So far, so good. But the next stage, establishing a glucose curve, still has me in near panic, despite two vets being kind enough to come to my home to demonstrate the method and my neighbour and friend, a nurse, helping me. (Doing it for me is a more accurate description.)

The first glucose curve, which means taking samples of Marnie’s blood to be measured by a glucometer every two hours for a day, had to be abandoned, because the glucose level was lower than expected after the first sampling. (Too low can cause even more problems than too high.) The amount of insulin to be administered has now been reduced in response and the next curve attempt is to be made after a week or more at the current level.

I know that I have to steel myself to do the deed and I know that Marnie will forgive me for pricking her to draw blood every two hours, but I am still in panic mode, although my neighbour will be at my side each time.

My other big concern is for her eyesight, as cataracts frequently develop in dogs that contract diabetes. At this point, however, her eyes are bright and there are no other obvious symptoms of chronic disease. Antibiotics cleared two minor infections. The panting and excessive drinking have stopped. Her energy level is back to normal and she is happy to go for walks as always. She is sleeping a little more than in the past, but she’s nine years old, so age is probably another factor in this regard.

For now, I am simply relieved that she is proving very responsive to her insulin shots. She seems to be enjoying each day as much as ever and giving injections has receded to being part of the daily routine for her and for me.

Almonte, Ontario, writer Iris Winston is a former executive director of the Canadian Federation of Humane Societies. She has been an animal lover all her life. Her pets have always been important members of her family