Not always a fit for domestic pets

If you are thinking about owning a parrot as a pet, think again. Or, at least think long and hard and be fully aware of the commitment and
complications of parrot ownership. 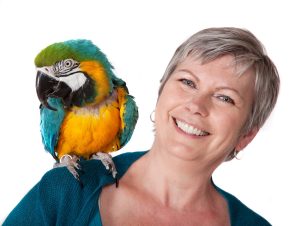 As with the adoption of any animal, the commitment is for its lifetime. With a dog, that is probably 13-plus years. With a cat, it is more like 15 to 20.Parrots live much longer, anywhere from an average of 50 to 70 years in captivity. The larger the bird, the longer he is likely to live (unlike dogs when the smallest dogs generally live the longest).And this is just the beginning of the ways that exotic birds differ from more usual pets. “Parrots are wild animals,” points out Judy Tennant, executive director and founder of Parrot Partners Canada in the town of Carleton Place, just west of Ottawa. “All their instincts are at the forefront and, sometimes those instincts don’t mesh well in a domesticated environment.”

Of the 534 species of parrots in existence, only two, budgerigars and cockatiels, “have made it to
domestication,” she emphasizes. The remaining 532 members of the parrot family are unlike
“Granny’s budgie” and their backgrounds and temperaments are very different from those of companion dogs and cats that have a long heritage of domestication.

Just because parrots are sold in pet stores does not make them pets, says Judy, so don’t think in terms of “dogs with feathers.” Parrots have very different needs and any humans who choose to adopt parrots must understand just how complex these intelligent birds are and how much effort and knowledge of their requirements should go into ensuring their contentment.

“They can make fabulous companions, but they are a lot of work,” says Judy, who has been involved in parrot rescue and rehabilitation and educating potential owners for more than three decades. In the wild, parrots are prey to many other species. Survival often depends on their not being isolated. Therefore, they have a strong flocking instinct.

“They are really not comfortable being alone,” says Judy. “This has nothing to do with loneliness. It’s about their survival instinct.”

Thus, it is not a good idea to have a single parrot. (Some countries even have legislation that forbids the purchase of one parrot.)These birds
crave companionship and stimulation. Even if the owner is accepted as part of the flock, a flock of two may not be enough to keep the bird calm. In addition, a single bird or one bird with his human companion may mean that the environment is too quiet for the parrot’s comfort. Silence may be peaceful for a human being, but it spells danger to a parrot, for whom the sense that a predator is nearby is a reason to be as quiet as possible.

Yet, from the human perspective, a shrieking parrot can be hard on the ears, even if it means that the bird is relaxed. Too much noise is one
of the reasons that some owners cite for giving up their parrots. Another common reason is that an owner forgets that if a bird is frightened, he may bite. Fear kicks in the fight-or-flight instinct and, as Judy emphasizes, instincts are front and centre for these birds. Then, on a daily basis, parrots are messy and owners have a lot more cleanup on their to-do lists than simply checking and sifting a kitty-litter box after a naturally clean cat.

Most of all, it is very important that parrots have the space to fly. “Everything about them is designed to fly long distances daily, “says Judy.
“If they are not able to do that, their finely tuned systems are thrown off and they end up with heart disease, liver disease, hardening of the
arteries and so on. They also get sores and infections on their feet because they have to stand and perch all day. This wouldn’t happen in the wild.”

It all adds up to parrots being the most relinquished animal of any of the companion animals, says Judy. Currently, there are 52 members of the parrot family at Parrot Partners — all of them given up by their previous owners, some after several transfers from owner to owner — which has made life even harder for the poor birds. Any attempts at training or behaviour modification are much more difficult if a bird is stressed. However, after being rehabilitated, some of the younger rescued birds will move to homes where the owners are well informed about their needs and can provide them with a safe, long-term environment. The older birds will probably stay at Parrot Partners for the rest of their days, partly because veterinary care needs are greater for older animals — medical care for exotic birds is likely to be considerably more expensive than for an aging dog or cat — and partly because they are happier flocking and flying in their aviary at Parrot Partners.

For more information about Parrot Partners and ways to help birds in need, visit parrotpartners.org
or call 613 257-2473. 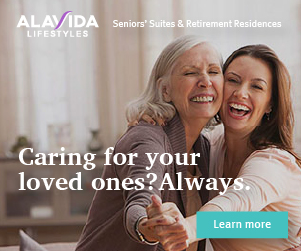