A Pilgrimage to Help Others

Betty Hope-Gittens has been putting her best foot forward to help others for many years. In celebration of her 80th, she did it literally, as well as figuratively, when she walked the entire 800 kilometres (500 miles) of the Camino de Santiago trail in Spain. Read Beka Shane-Denter’s armchair chat with Betty about her journey.

Known in English as the Way of St. James, the route, which runs along the northern coast of Spain and ends in the city of Santiago de Compostela, was one of the most important for Christian pilgrims throughout the Middle Ages. It remains a favoured itinerary for pilgrims from around the world, as it has been for centuries. How appropriate a connection it was for Betty, a devout Christian and long-term philanthropist. Always looking for ways to give back, she chose this special way of combining the spiritual and the physical to raise funds to help seniors through the Eldercare Foundation of Ottawa.

The Foundation, now in its 12th year, is an equally natural connection for Betty. For some 25 years, she had been the volunteer chair of Help the Aged, another charity set up to work for seniors. When her term ended, she and her late husband, orthopedic surgeon Dr. Rudy Gittens, sought an alternate way to help. Discovering the Eldercare Foundation came about by accident, she says. 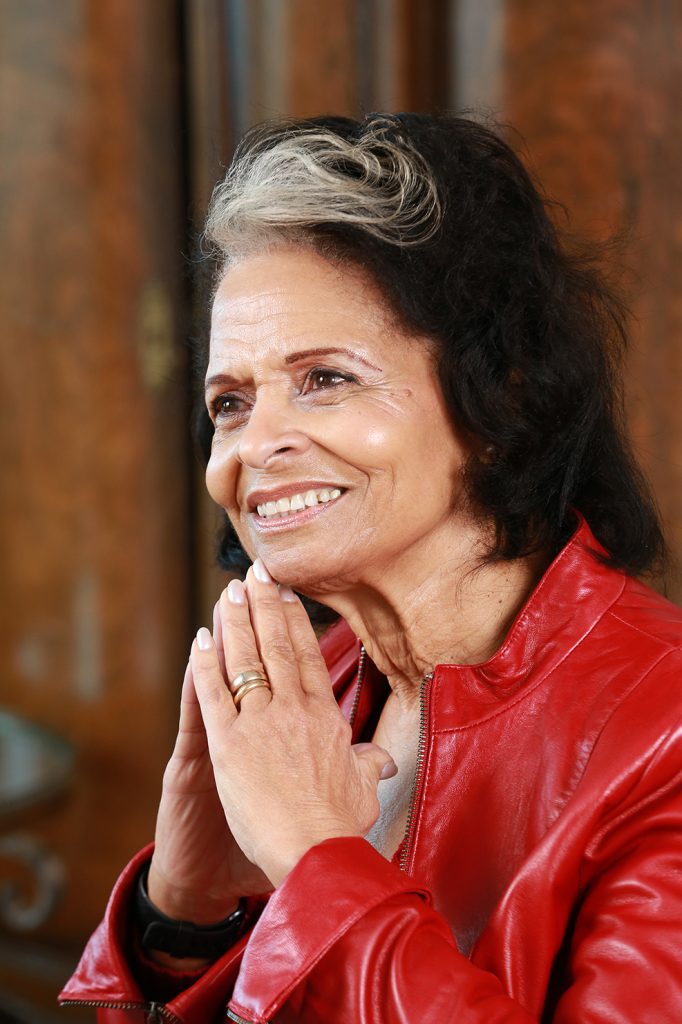 “It just happened because of where I was seated at an event,” she explains. “The young man next to me — his name is Adam Nihmey — had just started a charity. When he told me about it, I joined right off the bat.”

She tells how his inspiration for the Eldercare Foundation of Ottawa came from visiting his two grandmothers when they were in long-term care. While they had numerous visitors, he saw too many other residents who were alone and lonely and determined to work to try to make life better for them.

“I am sure that God put him in my way,” says Betty. “If you have true faith, you respond to the needs of other people. That’s what true faith is about. It’s not just talking. It’s taking action.”

The immediate action for Adam and Betty was to build the Eldercare Foundation of Ottawa.“To this day,” says Betty, “We have no staff and no bricks and mortar. Our office of choice is my kitchen. We saw a need and we try to help.”

The work of the Foundation had continued for well over a decade when Betty decided that the Camino pilgrimage was to be her target to raise funds for the 13 long-term homes in Ottawa and the one long-term home in Barbados, where she had been born.

“You see a need and have to do something about it,” she emphasizes. “But what can one person do to make a difference? That’s when this 80-year-old decided on walking the 800-kilometre Camino de Santiago trail for my birthday.” In further recognition of her faith, she began her massive hike on Easter Monday, “because to me, Easter and Good Friday are the most sacred times of the year,” she says.

That it was also the rainy season in the region, she ignored. But it did mean dealing with bad weather and slippery trails. However, says Betty, pointing to her trusty walking shoes, “I wore Merrell running shoes every day. I didn’t buy them for the occasion. I had purchased them a year earlier and walked quite a distance in them every day. And they are still in perfect shape now.”

Two other members of the Foundation board, Chris Boland and Gordon McDonald, accompanied her on the first third of the month-long hike. They, with the support of one of Gordon’s Spanish-speaking employees, also organized each night’s accommodation along the route and provided a chart with all the necessary details about each night’s hotel.

“One of the most challenging parts was the preparation,” says Betty. “Every hotel in every city had to be contacted. God was really with me on that too, because Gord’s employee who spoke Spanish, made all the bookings.”

To maintain her focus through the pilgrimage, Betty did not carry a camera or a cellphone. She concentrated on the spiritual and physical effort and the goal of raising funds to present to the longterm homes. “The walk is divided into 33 stages,” says Betty. “This makes it easier to be accurate. The guidebook told me where I had to reach, so I had a goal every day. And that was of utmost importance, because it was where my accommodation was and where my luggage was sent. I had to make it.”

And make it she did, returning from her sponsored walk having raised over $200,000 for the 13 long-term care homes in Ottawa and some $23,000, plus in-kind donations in terms of building upgrades, for the home in Barbados.

Now she has another idea to raise further funds through the Eldercare Foundation. “This time, I want to get all the long-term homes involved,” she says. “The plan is to have clients, staff, family and friends from each home take part and mark out routes for sponsored walks around the homes. Then we make it a fundraising competition among the homes.”

Given her incredible record as a philanthropist and a woman of purpose and faith, it is a near certainty that this idea, like the 800- kilometre pilgrimage along the Camino de Santiago trail, will soon be turned into action and success.