By Iris Winston and Photos by Miv Fournier

“Love what you do and do what you love.” —Ray Bradbury

This thought from the well-known writer are words to live by as far as veteran broadcaster Carol Anne Meehan is concerned. Passion is the key to a successful career, she says, and this is what she tells her son, Evan, who graduated from high school last year. “I’ll support him in whatever he does and I know he will do well. He’s a good kid,” says Carol Anne, adding that Evan aims to become a pilot. “You have to do what you love doing,” emphasizes the award-winning television news anchor. “Something will come out of it and you won’t feel that you are working, because you have something to look forward to every day.”

So, it has been for her for close to 40 years in television and, more recently, in producing her own blog and in her new career on radio. “I wanted a career that was exciting, fun and challenging,” says Carol Anne. “I was a good writer and public speaker in grade school and high school. I always loved telling people’s stories. Journalism just seemed a good field to go into.” She adds that there were not many female reporters on television when she was growing up TV Newsline) news anchor in Ottawa for a quarter of a century and the two continued working together for the next 22 years, until he retired in 2010.

Both inspired considerable affection among viewers over the years, partly because of their professional expertise and partly because they worked tirelessly for a number of charitable causes. As well as demonstrating a strong commitment to such organizations as the Children’s Hospital of Eastern Ontario and the University of Ottawa Heart Institute at annual telethons, Carol Anne is known for her support of animal welfare and for giving of her time to help raise funds for organizations such as the Zonta Club of Ottawa, whose mission is to advance the status of women in society, and numerous other local causes across the board.

“I believe it’s important to help out in your community and give back as much as you can,” she says. “There’s so much help required. There are many places to give of yourself.” Then, in November 2015 — one month after Max Keeping’s death from cancer — Carol Anne lost her job, when TV station owner Bell Media cut a number of jobs in various places. “There was no forewarning,” she says. “It took about 30 seconds. You walk in and sit down and they tell you that your job has been eliminated.”

Acknowledging that she was devastated by the abruptness of the termination after 27 years at the news desk, Carol Anne says, “I was so stunned that I didn’t even ask if I would have the chance to say goodbye on air. That still bothers me, although it worked out in the end because everyone knew about it.” In a strong reaction to the loss of the popular newscaster, some 19,000 people signed a petition calling for her reinstatement. (The petition fell on deaf ears at the company level).

“The petition turned out to be more important than a formal goodbye,” she says. “To that point, I thought that people saw me as Max’s sidekick. I didn’t realize how they felt and I am very grateful for all the support.” While the positive public reaction helped to soften the blow somewhat, the pain, both emotional and practical, remained. For many, a sudden firing at age 59 would signal the end of a career.

“I am sure Bell wanted me to disappear and just expected me to retire and fade away,” says Carol Anne. “I did try lying low for a while, but doing nothing just isn’t in my DNA. I could not just stop working. I knew I wasn’t finished yet and, in any case, I have two children to look after. I need to work and I try my best to be a good example to them. I don’t think I’d be a really good mom if I just sat back.

I’m giving them a life lesson by doing things. As long as we’re alive, we have stuff to do and stuff to give. You can’t let a company or someone else define who you are. You have to define yourself.” But, she adds, it is harder when crises must be weathered publicly. In 2012, she was widowed after her husband, Greg Etue, who had been living with multiple sclerosis and battling cancer, disappeared and was later found dead. Then, in 2015, the elimination of her television job hit the headlines.

“I’ve lived my life in the city very publicly, not because I wanted to,” she says. “I’m actually a very private person, but my husband’s death was very public and so was the elimination of my job. And my children lost their dad. It was very hard for us all.” “If I had given up after being laid off and decided my career was over after a good 38-year run, I’d still be sitting and feeling bitter.” 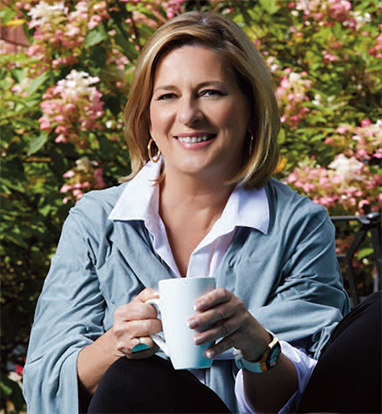 So, it has been for her for close to 40 years in television and, more recently, in producing her own blog and in her new career on radio. “I wanted a career that was exciting, fun and challenging,” says Carol Anne. “I was a good writer and public speaker in grade school and high school. I always loved telling people’s stories. Journalism just seemed a good field to go into.”

She adds that there were not many female reporters on television when she was growing up in the 1970s, but seeing such high-profile broadcasters as Adrienne Clarkson (Take 30) — later to be Governor General of Canada from 1999 to 2005 — Hana Gartner (“The Fifth Estate”) and Carole Taylor (Canada AM) drew her to seek a career on television. Originally from Pembroke, Ontario (“My parents still live there,” she says), Carol Anne took her academic training in journalism at Ryerson University in Toronto. The summer after she graduated —when her initial attempts to find work in her field in the city of Toronto were unsuccessful — she returned home, first to her old summer job with the Ministry of Natural Resources (MNR) and then to her starter job in television at CHRO Pembroke.

That transition followed a major incident in Algonquin Park in 1978, when a black bear attacked two children. Carol Anne says that seeing the flurry of media interest reminded her supervisor at MNR that she had been trained in electronic journalism and he advised her to apply for a job with the local television station. It was just the encouragement she needed to move forward in her chosen career.

“Fate [the bear incident] and the people you meet [the boss who gave her the confidence to approach the local television station] play a big role in your career path,” she told new graduates at the Algonquin College in 2012, where she had just been awarded an honourary degree. In sharing her philosophy with the graduates, she advised them to work hard, to be memorable in selling themselves and to remember that “very little is changed after a first impression.”

She also pointed out that “getting your foot in the door” in a smaller market area is a good way to build experience. “Some of the very small communities have some of the best jobs that lead to interesting places,” said Carol Anne, who moved on to become the news anchor at stations in Sudbury, Edmonton and Calgary before landing her dream job in Ottawa. “My dream was to anchor the news with Max Keeping,” she says.

“I pictured myself sitting with him, long before I graduated. Maybe our dreams are a blueprint for the future.” In 1989, she joined Max, at that time the CTV (CJOH Instead, she picked herself up (“Depression is not going to go away, unless you press yourself to go out and do something,” she says) and created a new job for herself in the form of a news blog entitled, Local Stories — Local People www.carolannemeehan.com).

Focused on good news and stories that might not be taken up by the main media outlets, she launched the blog on April 1, a tip of the hat to Max Keeping, whose birthday it would have been. “I just love meeting people and recording their stories,” says Carol Anne, who does all the shooting, writing and editing of the blog herself. (She acknowledges on the site that she has received some technical help from her young daughter, Elena).

Initially running on empty without being a source of income, Local Stories — Local People was later supported by advertisers and sponsors. The blog features pieces on young students with an affinity for science and mathematics, people who have reached milestone birthdays, pets and a group of “What You Should Know” stories. Shortly after the blog’s launch, more than 15,000 people had signed up to request ongoing notifications about content. 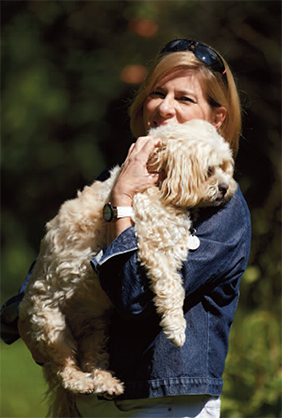 As it turned out, says Carol Anne, “the blog is no longer in its original form, because I don’t have the time to devote to it.” Instead, most of her time as a professional broadcaster is with 1310 Ottawa (CIWW), the Rogers-owned company where she and fellow broadcaster Mark Sutcliffe have been on air since shortly after Bell Media axed them. “My blog is still there,” says Carol Anne. “I use it to promote my work in the community and my show. But it’s my radio career that’s front and centre now. Mark and I are both working hard to build an audience and challenge the two other talk radio stations in town.”

Challenging as the last year has been, Carol Anne says she is “just getting comfortable” with the alternate medium and looking forward to continuing the next stage of her broadcasting career on radio. “It’s been a steep learning curve,” she says, noting that moving from one medium to another is not as simple as some people assume.

“I’m used to working with a partner and a script. Sitting in a room by myself with only a microphone and thinking on my feet is very different. I’m learning and asking questions. Everyone at 1310 has been fabulous and I’m very grateful they came to me and offered me this opportunity and the chance to grow into the job.” Airing from 1 p.m. to 3 p.m. on weekdays, “The Carol Anne Meehan Show” focuses on news and local affairs — her forte — with a light touch.

“I’m dealing with issues of the day and hoping to bring my own brand to it, so it’s not just serious stuff,” she says. “There’s so much more going on in the city than politics.”

“Right now, I’m happy and busy and learning,” says Carol Anne. “Life’s challenging and it’s exciting. And it’s a fabulous time for my kids. They’re going concerns and that keeps me young. They’ve got new things in front of them and I love watching them navigate the world.”

“Life’s what you make it,” she says, as she reaches towards the future. “You can’t expect miracles unless you put one foot in front of the other and carry on. Right now, I feel the weight of the world has been lifted off me and I really don’t believe people are me