Through the 1980s and 90s, social activist Judy Rebick was well-known as a fighter and fierce feminist.

Her “public image as a warrior for women’s rights” was firmly established in 1983, on the day that she blocked an attack on pro-choice advocate Dr. Henry Morgentaler as he entered his newly opened abortion clinic (then illegal) in Toronto.  Apparently unafraid, she held off a man brandishing garden shears, so clearing the way for Dr. Morgentaler to enter the clinic unharmed.

That incident led to her being the spokesperson for the Ontario Coalition for Abortion Clinics, a pro-choice group founded in 1982. She was also involved with the Canadian Association for the Repeal of the Abortion Law (CARAL) in Ottawa, which began its fight in 1974.

As well as battling for abortion rights, she fought on any front where she perceived injustice. In the 1980s, she worked with the Trotskyist Revolutionary Marxist Group and its successor, the Revolutionary Workers League, primarily as a journalist for the group’s newspaper, Socialist Voice.

As president of the National Action Committee on the Status of Women from 1990 to 1993, she became known nationwide in the fight for gender equality. (The NAC eventually grew into the largest national feminist organization, at one point affiliated to some 700 groups. The NAC was dissolved in 2007.)

Judy was also well-known as a commentator for CBC, a journalist, author, speaker and founding publisher of the news and discussion website, rabble.ca, always remaining a force for the causes she championed.

“I like to make things happen,” says Judy. “I’m an entrepreneur, though I don’t do it for money. I do it to change the world. I like to create new things, to start things, not to hold on to them. Creating change makes me happy.”

This, she adds, applies in her regular (paying) jobs too. “When I worked at the Canadian Hearing Society, I made things happen,” she says, referring to her position as special projects director with the CHS.  “All my work is making changes. That’s what I do.”

It was fitting that her last paid position was perfectly suited to her style and purpose. She held the Sam Gindin Chair in Social Justice and Democracy at Ryerson University from its creation in 2002 for three consecutive terms to 2011. Sam Gindin was a researcher and assistant to the president of the Canadian Auto Workers union for much of his working life (1974 to 2000). The chair named for him is the first union-endowed chair at a Canadian university. Its mandate is to “create a hub of interaction between social justice activists and academics.”

“It was a great job for me,” says Judy. “I loved it because it gave me complete freedom to do what I wanted. I realized that I valued my freedom most of all, so I didn’t want another job after that.”

Instead, at 65, she began work on her memoir, Heroes in my Head, a painful project that took her much of the next eight years.

“I had to find a new way to write,” says Judy, the author of five other books, including Transforming Power: From the Personal to the Political and Ten Thousand Roses: The Making of a Feminist Revolution. “My books are journalistic and in journalistic writing, you try to sum up what’s happening.  All my other books took me two to three years max and I was writing them while I had another job. In literary writing, you are trying to paint a picture. It’s very different. It took me a long time and it was my full-time project.” 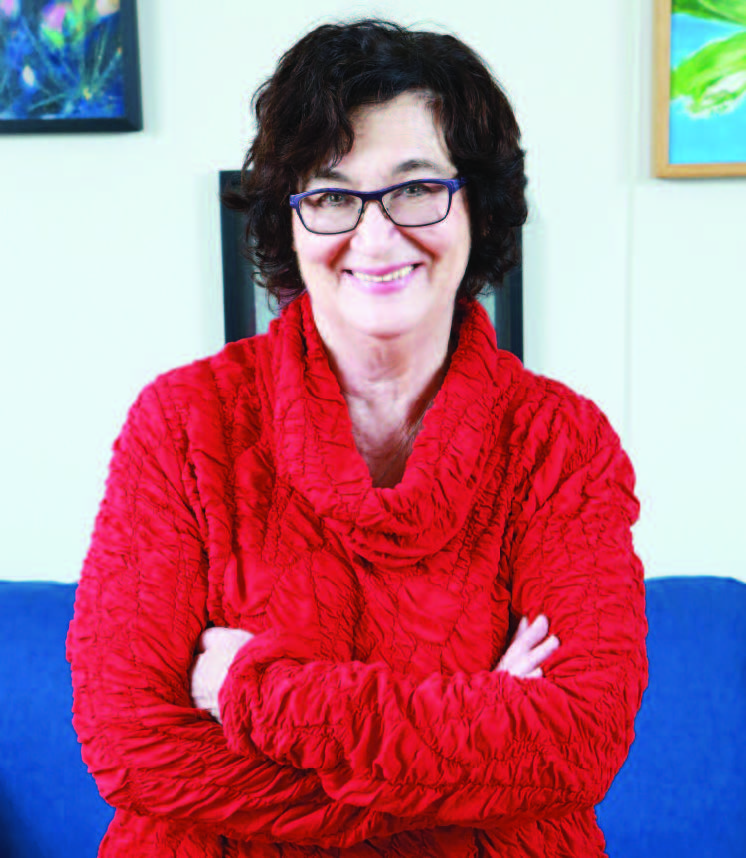 In the author’s note at the beginning of Heroes in my Head, Judy explains, “I wanted to tell my secrets before #metoo, but the movement has deepened my belief that our secrets are killing us and telling our secrets is a liberating act for us and for others.”

Her book traces her angry feminism back to the emotional and sexual abuse she suffered at the hands of her father.  “My father had not taken my life, but he had taken my innocence, my ability to love and be loved. He had taken my memory, my history,” she writes.

“I didn’t read anything on the multiple personality syndrome or do any research on it while I was writing the book,” says Judy, “I wanted people to understand exactly what going through that experience was like. And what was happening was very weird. I had this voice coming out of my mouth, but it wasn’t me speaking. It was someone else.”It also explains her defence against that abuse: shutting away remembrance of the events she could not bear to consign to active memory by dissociation. The separation was eventually revealed through therapy as dissociative identity disorder (formerly known as multiple personality disorder). Judy found that 11 other personalities were her protection. Known as alters, they were both male and female, most of them young — because that was when most of the abuse had occurred. The alters sucked in the memories and emotions and kept them separated from Judy, so enabling her to function, but frequently leaving her with vacuums in her memory of events.

She refers to the occasion when one of the alters — a flirtatious 12-year-old named Sophie — said she wanted to be introduced to Judy’s friend, Rob. Judy’s therapist, Martha Weiner, agreed and Sophie “came out” to Rob.

“I asked Rob afterwards what it was like and he said it was as though I had introduced him to a friend and left the room,” says Judy. “My very few friends and my brother, Alvin, who were witnesses to [meeting one of the personalities] experienced it the same way. It doesn’t sound like you and it is observable.”

Only one of the personalities — the last one to appear — was an adult named Julie Samuels. This was a name she recognized, says Judy, because she had used the pseudonym while writing for the Revolutionary Marxist Group.

“My therapist said that when Julie Samuels came out, she felt as if someone had poured ice water on her head,” says Judy. “I interviewed a lot of people in preparing my book because I had such sporadic memories. The young women I knew then said that I was sometimes very cold and hard. I thought I was warm and empathetic, but I had this other really angry side. When I was in the Julie Samuels personality, I was completely shut down and hard.”

This, she adds, led to clinical depression. “The depressions were warnings to me that I had to seek help. The clinical depression I suffered in 1980 was certainly that. At the time, I didn’t believe in therapy. I thought it was petit bourgeois self-indulgence.”

However, she says, through a combination of luck and privilege — finding the right therapist for her and being able to afford the treatment she needed — she was able to begin the long and complex process of trying to reintegrate the personalities and fractured memories into one.

“I had to accept that each of these personalities was part of me, and instead of resisting their anger, fear and desire for more fun, I had to learn to allow for those feelings and desires,” she explains in Heroes in my Head. “As a result of this work, more and more memories were beginning to emerge.”

While she was undergoing therapy, she was invited to become the president of the National Action Committee on the Status of Women. Her therapist, her brother and Simon, the alter that kept the rest of the personalities in check, all advised her against taking the job.

“Up until this point I had listened to Simon,” writes Judy. “But now I was certain that I couldn’t survive the therapy without feeling powerful in my life and equally certain, as I always was, that I could handle it. I always felt better when I was active. Working to change the world was like medicine to me. I needed to be engaged.”

“I don’t see multiple personality disorder as a disorder at all,” she emphasizes in Heroes in my Head. “I think it’s a brilliant defence mechanism that a child who experiences severe trauma without help can employ.”

“I think it would have been catastrophic for me to land in a hospital,” she says. “It would have made me worse, not better. In many cases, multiple personality disorder makes you more functional at work. It did that for me. I could dissociate and work harder and, in my case, I was also fearless.”

The lack of fear was demonstrated not only by such actions as warding off the attack on Dr. Morgentaler, but also by confronting her parents (who denied her accusations) and by writing in detail about her hippie days and how she had once embraced the “sex, drugs and rock ‘n roll” lifestyle.

“I wanted my story to be truthful,” she says. “It was important for people to understand that whole period. There’s a kind of romanticism about it. There was the make-love-not-war aspect, but that meant making love with everyone, not having monogamous relationships. Breaking down monogamy was part of changing the world. At least, that’s what we believed at the time. I was being truthful about my life because it’s part of who I am.”

“I think our ideas of privacy are very deceptive,” she adds. “That’s something the feminist movement has always believed. Keeping secrets is a bulwark to patriarchy. It was the women’s movement that brought attention to domestic violence. It was the women’s movement that started talking about childhood sexual abuse. There was a backlash with the business of the false memory syndrome. But we’ve managed to deal with that and there is more and more evidence of childhood sexual abuse and abuse in general. Abuse is a massive social problem.”

It is clear that Judy’s fighting spirit is still alive and well, although, now in her early 70s, she says she has slowed down a lot.

“I’ve had a lot of both physical and mental illness and pushed through it most of the time,” she says. “I kept working if I could, except when I had clinical depression. But I had a concussion two and a half years ago when I fell on a broken escalator. They call it a mild brain injury, but there’s nothing mild about it. I have never experienced fatigue like the fatigue associated with the concussion. You can’t push yourself with concussion or it lasts longer.”

She muses that this may be what she writes about next. “I feel that I’ve become a much better writer because of this book, so I will do more writing, but I don’t know exactly what’s next. In every culture in a period of change, there’s a period of wandering. I’m in the wandering stage right now.” 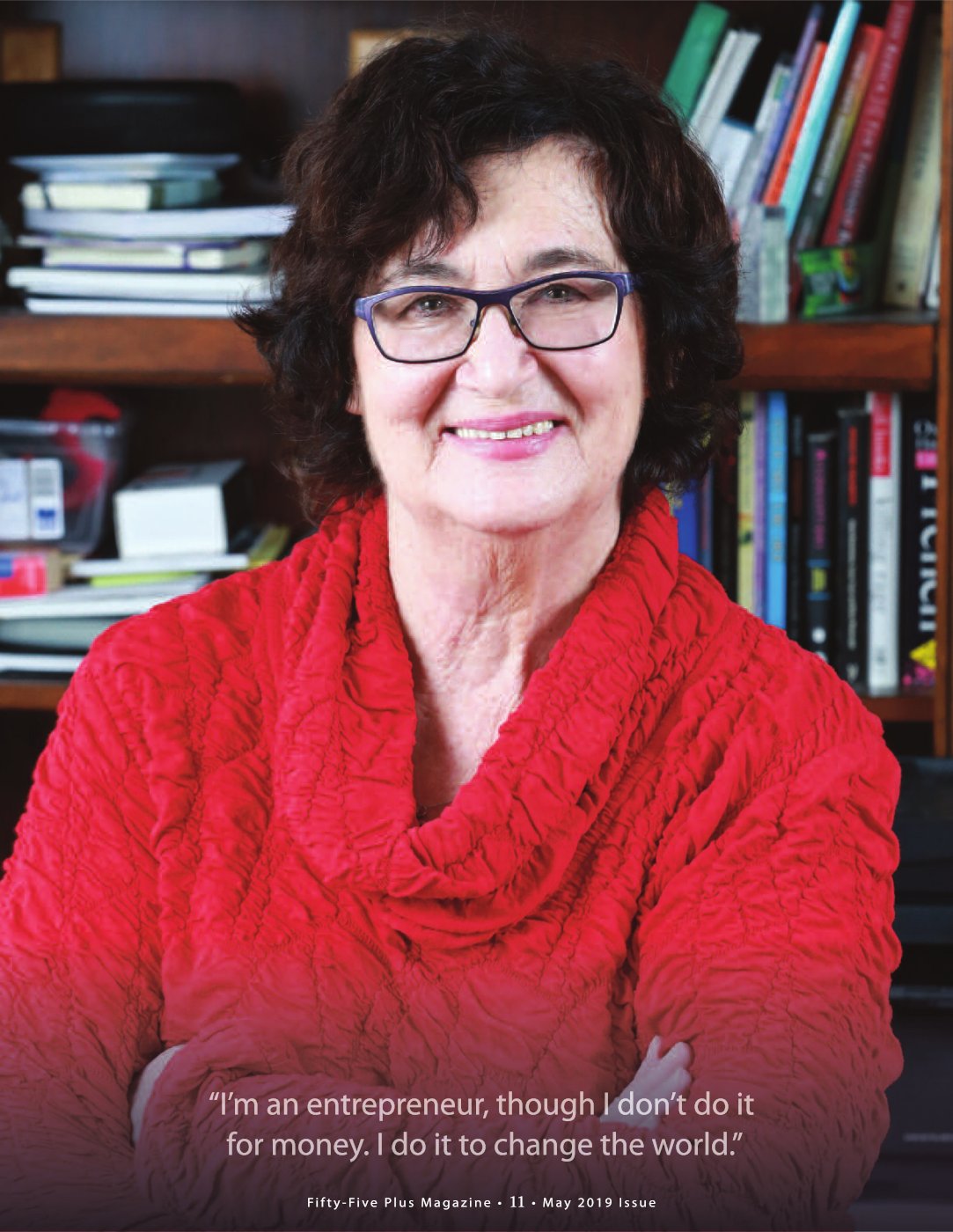 People with DID often have trouble remembering certain events, going beyond ordinary forgetfulness.

Identities may be unaware of each other and compartmentalize knowledge and memories.

Dissociation can be regarded as a coping mechanism. The individual steps back from a situation that is too violent, traumatic or painful to assimilate consciously.

DID is believed to be caused by childhood trauma, usually extreme, repetitive physical, sexual or emotional abuse. There is a history of abuse in childhood in about 90 per cent of cases. Other examples of DID are linked to experiences of war or health issues in childhood. There may also be some type of genetic link.

The condition, which usually persists without treatment, is believed to affect about two per cent of the general population and three per cent of those with mental health problems who are hospitalized in North America and Europe.

The most common presenting complaint of DID is depression. Headaches are also frequently noted.

DID is diagnosed about six times more often in females than males.

Both the number of cases and the number of identities claimed by affected individuals increased significantly in the second half of the 20th century.