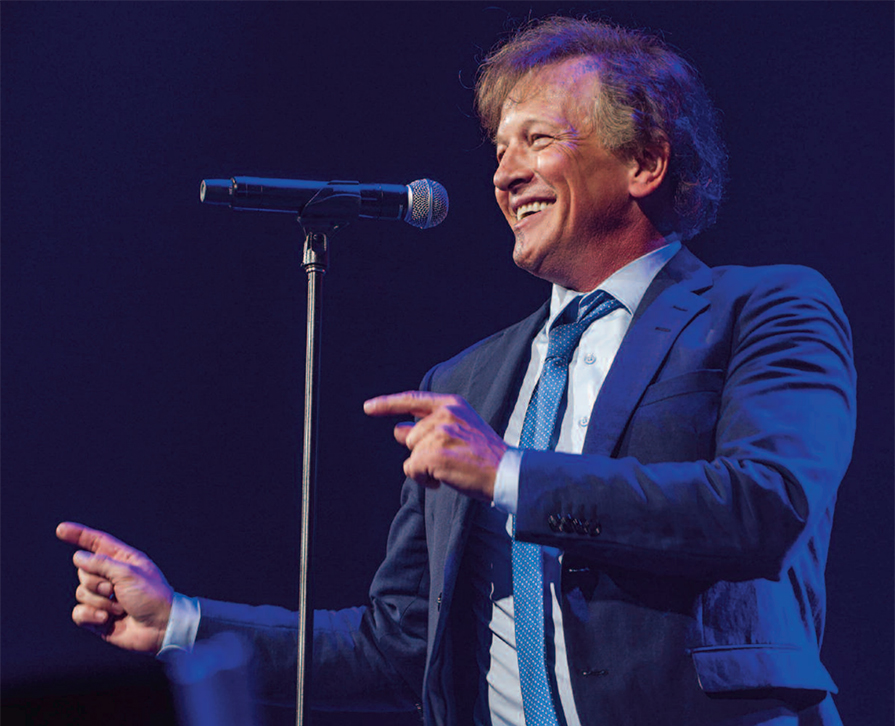 By Iris Winston and Photos Courtesy of André-Philippe Gagnon

Man of Many Voices André-Philippe Gagnon
A one-man hit parade.

It all began with Tweetie Pie. Imitating the voice of the animated canary of Looney Tunes and Merrie Melodies fame was impressionist AndréPhilippe Gagnon’s first venture into the entertainment field. Then, just six years old, he presented his style of “tweeting” for his older brother. “I had practised for a while, but I was very shy,”he recalls, more than 50 years later.

“When you do something in front of your big brother — he is seven years older than me — you want to make sure that he doesn’t laugh at you.You really want him to laugh with you.”

Young André-Phillippe achieved his goal. Not only did his brother enjoy the performance, but he also announced admiringly to their mother,“Mama, André does Tweetie Bird.” That was the moment, says the star impressionist,“when I realized I must be on to something. He would have been the first to tell me if I was no good. And, as it turns out, he’s still a fan today.”

At that point, the young artist from Quebec City did not know that a lengthy, professional stage career as a singing impressionist of 400 or more voices lay ahead.Like other kids in the neighbourhood, he was more interested in hockey and other sports in the present than in having thoughts of the future. But, he did use his talent to amuse his teammates by impersonating his coaches, the referees and fellow players.

“Always with respect and affection,”he emphasizes. His ability to make those around him laugh — even to the point of deflecting any bullying — was demonstrated again and again. He has said, as reported in various stories about him, that he has always believed his membership in a hockey team was more about his qualities as a comedian and mimic than his athletic prowess.Whatever the reason, it was not in the cards for him to become a sporting professional or a translator, as he once hoped. It was not as a shoe salesman either — a job he tried somewhat unsuccessfully for a few months.

“I realized that you have to do something you like and are good at,” he says. There seemed little question even then that his destiny was to be in entertainment.

“I started by doing some festivals and private shows back in 1982,” says André, not even mentioning the number of talent contests he won along the way.

“I was trying to get as much experience in all the festivals in Quebec that I could.” It was another three years, all the while building his career by stages — in both senses of the word — across his home province, before André had his big break.

This was when he appeared in the Just for Laughs festival in Montreal, where he performed his version of We are the World. He gave his impressions of the voices of the artists on the famous recording, offering authentic renderings of such singers as Ray Charles, Bob Dylan, Michael Jackson, Willie Nelson, Kenny Rogers, Paul Simon, Bruce Springsteen and even Diana Ross. American comedian Jay Leno was also part of the Just for Laughs program that night.

After hearing André’s impressive version of almost all the 21 voices featured in the We are theWorld recording, he encouraged the Quebec artist to send a tape of his performance to Johnny Carson of The Tonight Show. André did as Jay Leno — a favourite on the long-running NBC show — suggested.The tape he sent met with immediate approval and, shortly afterwards, he was invited to appear on the show.

“I was very scared at the thought of sitting beside Johnny Carson, the king of comedy, and trying to speak English,” says André, who had had some English-language instruction in school and had learned more of the language by listening to the lyrics of songs by the Beatles and other pop singers.“At that time,I was performing mainly in French. My English was not very good, and my vocabulary was not adequate. I thought I would ruin everything just by opening my mouth.”

But, he says, the television host understood how to put his guest at ease.“He took over and made me look good.He was such a class act. He really launched my career.” 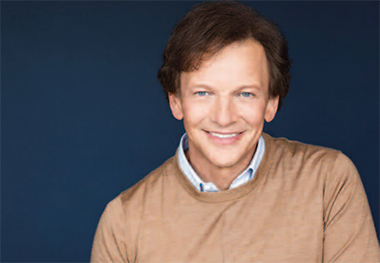 André’s singing impressions reached an audience of some 15 million television viewers that night and marked the beginning of his career on the international front.For example, he was invited to such spots as the prestigious French award ceremony, Victoires de la Musique, in Paris and to the gala Cinema Chante in Gstaad, Switzerland. After expanding his repertoire to a full show — the We are the World segment of his act was under 10 minutes — and touring internationally, he continued to be showered with honours and requests to host such prestigious events as the ADISQ Gala in Quebec, the Juno Awards in Toronto and the Governor General’s Performing Arts Gala in Ottawa.

He was also featured in the opening ceremony of the 1988Winter Olympics in Calgary. In 2004, he returned to Quebec with a show appropriately entitled André-Philippe Gagnon…de retour. The response to the award winning show was sell-out crowds at every venue in Quebec and other parts of French Canada over the next two years. As early as 1987, André had tried his luck in front of the open mike at the Comedy Store in Los Angeles while he was vacationing in the U.S.

“That’s where people like Jay Leno, Robin Williams and Whoopi Goldberg started,” he says.“I did my We are the World number and it went well.It led to several weeks of work at the Dunes in LasVegas and in LA.”

He treasures one compliment he received from the Dunes hotel president during the gig.Outfitted in a light suit and dark glasses, he drawled atAndré that he knew his show was good, even though he had not seen it. “He said that he knew because when I was on stage, the staff were in the doorways watching, instead of working. At that, I had visions of being taken out into the desert by a man with a shovel, but he seemed to think the reaction was a good thing.”

“I would rather have spent more time in the States back then,” he adds,“but my producer saw the shows in French were doing well and kept adding more French shows because he had more contacts on that side of things.”

He was to have his wish eventually.By this time, he was married and he and his wife, Marie-Claude, had a son and daughter. André decided to put touring on hold while the children were young. For a decade, while he worked out of LasVegas, the family lived there. “There are not many places where you can have a stage career and be sedentary,” he says.

“I wanted to see the kids grow. More than a career,I wanted to have my family. I had a stage life and, when the performance was over, I would pack my things and go back home to my real life.When you are doing five or six shows a week, you cannot afford to spend time at bars or partying. Anyway, that’s not what I wanted.I wanted to be there with my children to bring them to adulthood.”

Now, back in Quebec, daughter Camille, 21, is completing her university studies and son, Jules, 19, is completing CEGEP and plans to go on to study commerce at university. Sadly, he and his wife of 32 years are no longer together. Meanwhile, André continues a heavy schedule of performance, dividing his time between the commercial concert circuit, charity events and private shows.

“The schedule when travelling with musicians is very tight and not as glamorous as it sounds,”he says.“But the conditions are great with the private shows. I am always treated very well. I am even able to enjoy a little time as a tourist before or after a show.” Now 57,(Wikipedia has his age wrong, he says.) André has slowed down a little to an average of three shows a week, so giving his voice more time to recover between performances. But he is very clear that he is not thinking of retiring.

“That’s a sin word,” he laughs.“I have a lot of projects scheduled over the next year and after that.” These days, he works in English much more often than in French. This means that the bilingual artist’s shows focus on songs rather than the spoken word. “When I sing my accent disappears,” he says.

“That’s why I do more singing impressions when I do my shows in English.” He explains that he concentrates on what a singer sounds like before learning the lyrics.

“I don’t want to pretend because I sing a particular song that audiences recognize,I am doing that singer.I want to have the right vocal texture, as well as the right pitch.” He also has to concern himself with making body movement accurate.

“When I do Mick Jagger, it’s a real cardiovascular workout,” he says.“I have to breathe between dance moves and regulate my heartbeat.” His act also frequently includes giving an impression of the singing voice of a member of the audience.

“I try to analyze what the person sounds like,”he says.“I take a little bit of this singer or that singer and hear what is left. All those indications help me to produce the imitation.I do it right after the audience has heard the gentleman sing, so it’s fresh in the audience’s memory too.They really seem to like it.”

They also like the 400 or more other voices, including the sounds of a saxophone, that André has added to the sound of the Warner Bros. cartoon character — now retired from his repertoire — over his more than 30 years as an international star.