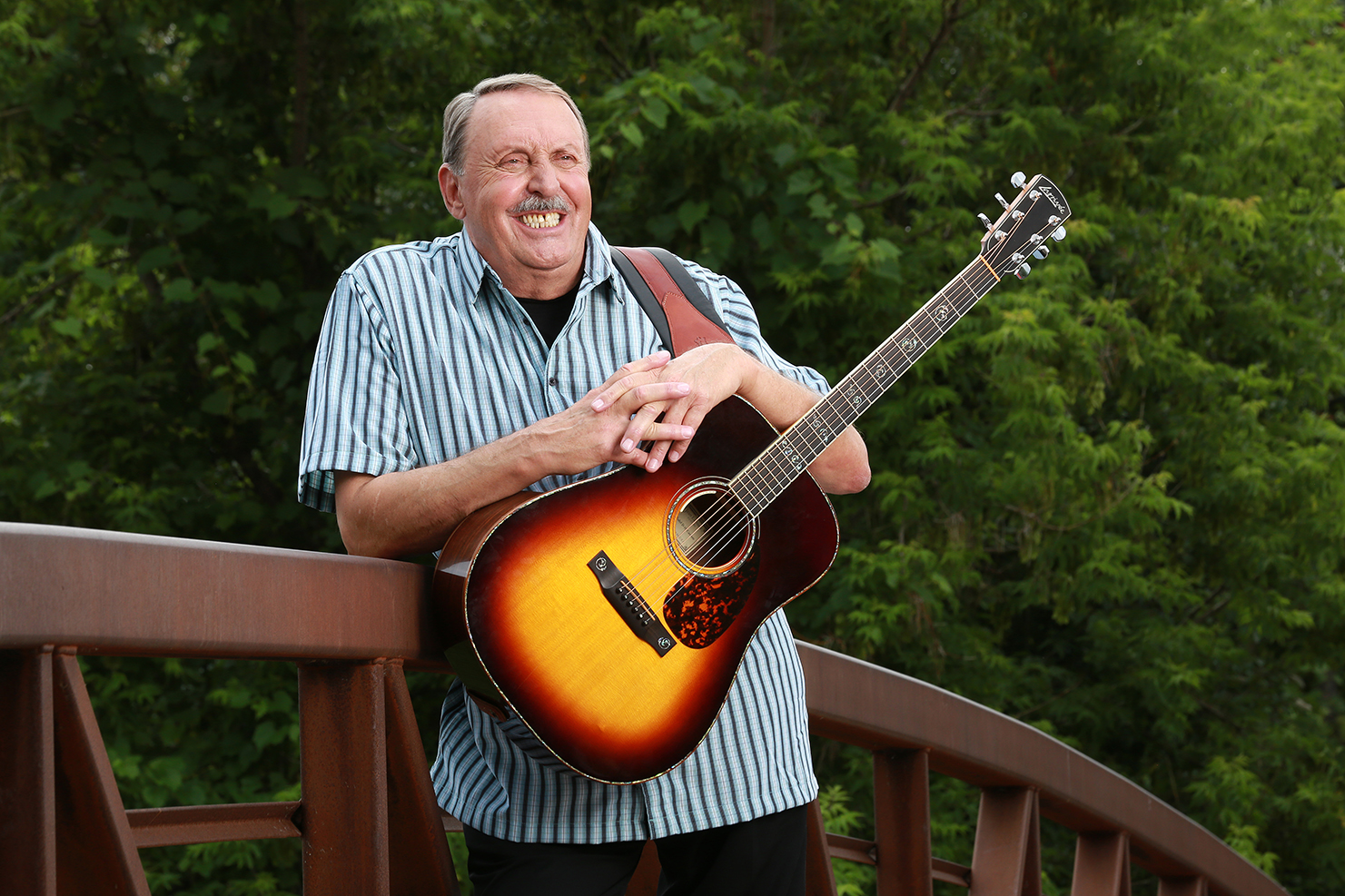 Balladeer Forever
Wayne Rostad back on the local roads again.

With a lilt in his voice and a smile in his eyes, Canada’s favourite storyteller, Wayne Rostad, is living it up in our backyard once more. “I’m back, with as much zeal as I’ve ever had,” he says. Together with his love, Trudy, Wayne has a new place in Ottawa; he also has gigs lined up, songs to sing, stories to tell, and plans for golf and travel. He’s even back in the recording studio.

And not only is the iconic entertainer the master of ceremonies and a main-stage headliner at the Fifty-Five Plus Lifestyle Show September 20 and 21 at Ottawa’s EY Centre, he’s now the public spokesman for Davidson Hearing Aid Centres, and he’ll be touring the region with his beloved Christmas in The Valley show in December.

This is great news for fans because for quite a while, he says, “I’ve been staying out of the limelight, with very few exceptions.” Luckily, one of those exceptions has been the Fifty-Five Plus Lifestyle Show. Wayne has served as MC for this special event right from its start. Otherwise, the troubadour who personifies the spirit of the Ottawa Valley has been noticeably missing from it.

“I took a sabbatical from music,” he explains. “I finally stopped to recharge the batteries.” Good thing, too. As you can imagine, decades of music work on top of TV work, MC work and charitable work took their toll. “For 50 years it was go, go, go. A lot of my work life was seven-days-a-week,” says the veteran performer who’s a member of both the Ottawa Valley Country Music Hall of Fame and the Canadian Country Music Hall of Fame.

Wayne stepped back from the public realm to focus on a personal goal: his dream home on the east coast. It took him almost five years to complete it and the result, he says, is “pretty spectacular.” The three-storey, glass-fronted retreat is off grid and wonderfully self-sufficient. One of his names for it is Road’s End. “It’s just a jaw dropping location, right on a bluff overlooking the Atlantic. We can see seal colonies in the distance. Porpoises go by, as do fishing boats. It’s a beautiful home.”

At the same time, he’s quick to say, “Home has always been in the Ottawa Valley.” Of late, business keeps bringing him back. A lovely lady has had something to do with it too, since Trudy is from this neck of the woods. “We kind of go back and forth, enjoying the best of both worlds.”

When nudged to tell the tale of how their romance came about, Wayne is momentarily and uncharacteristically bashful. “We knew and loved each other 32 years ago,” he starts out. After a year, the two went their separate ways and the decades zipped by, full of music, TV work, travel and change. Then, not so long ago, there was a message on his phone. It was Trudy. 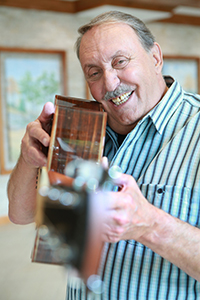 “I happened to be single and I had never forgotten how special she was,” he continues, his cheeks a bit pink. “We got together and the years collapsed. It’s a wonderful experience to have love again in my life. I’m extremely happy.” The smile reaches all the way to his eyes. He and she both like to golf— “I scored big-time there,” he jokes, “and she sings a lot too. I can’t pick up a guitar and start singing without Trudy joining in. We’re having fun.”

Clearly he’s delighted, and just as clearly there’s a Valley-wide cheering section delighted to see him step into the limelight again. In an upscale lobby on a bright afternoon, he passes a small group of women and the frisson of recognition is instant. “Hi Wayne,” one of them beams.

It’s a typical scenario. Though it’s been a dozen years since his national television show, On the Road Again, ended its amazing, 20-year run on CBC, Wayne Rostad is still a household name across the country, and a bit of a legend in these parts.

A giant of a man, he seems cut from the same rough-soft buffalo plaid as Ottawa Valley folk heroes; it’s easy to imagine this balladeer with his guitar in hand as one of the log drivers or lumberjacks along the Ottawa River some 200 years ago.

In truth, he was born in Canada’s capital city in 1947. That same year an epic snowstorm tipped over 30 inches of snow on the city—nobody talked about centimetres back then—and the Toronto Maple Leafs won the Stanley Cup, defeating the Montreal Canadiens. Early on, young Wayne knew he had tales to tell and music to share, and by 1964 he was penning his first song: “an unrequited love song.

“I’ve been a storyteller in my heart for as long as I can remember,” he says now.

In 1969 he got his start in broadcast as a DJ at CJET in Smith Falls, followed by stints at CKWS-TV in Kingston, CKBY radio in Ottawa and CJCN radio in Grand Falls, Newfoundland. At the same time, the yen to write songs and perform was strong, so when he wasn’t hosting a TV or radio show he’d be onstage entertaining a crowd. His first single, November Rain, was released in 1972, followed by his acclaimed first album, Writer of Songs, a few years later.

In those days he toured with The Honey West Show, a popular country band, and formed his own record label. He had opportunities to be part of the international music scene, but didn’t want to leave the country. As a single dad with a young son, he says, “I decided to write about the people and places in my own backyard. There are a million stories right here at home.”

He made good things happen too, launching the Gatineau Clog, a hugely successful outdoor country music festival that continued for 15 years and that raised funds for community hospitals and organizations.

In 1979 he was tapped to host Country Report, a rural lifestyle show out of CBC Ottawa. The TV program soon became a hit, winning awards for best host, best program and best regional variety series. In 1987, Country Report evolved into On the Road Again, a national CBC series with a mission to profile real Canadians, from every corner of the country, in all their down-home charm and grace. With a TV crew and camera at the ready, Wayne got to meet and know countless fascinating everyday Canadians, and he got to tell their unique stories to the rest of the country. The Friendly Giant from the Valley was a perfect fit for the role. Thanks to his easygoing manner and ready sense of humour, plus genuine curiosity and caring, the half-hour program was made-in-Canada TV gold. It earned many awards, inspired many songs, and served as the impetus for On The Road Again, a national best-selling book Wayne published in 1996 about the characters and communities he encountered. In the years Wayne helped CBC audiences discover the folks and the tales that define who we are as Canadians, it was always more than a job. As he declared in a Globe and Mail story by Roy MacGregor, about the program’s cancellation, “I never went to work” for On the Road Again. “I went to visit the neighbours.” 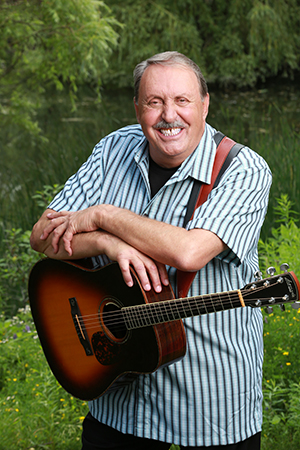 After the cross-Canada show ended, the visits with the neighbours continued anyway. So did the caring. When Wayne was appointed a member of the Order of Canada in 2003, his community commitment was described as “legendary.” His efforts were also honoured with these words: “The warm and unpretentious style that has become his trademark is fuelled by his genuine concern for and interest in people. Over the years, he has generously supported many organizations including the Ottawa Heart Institute, the Children’s Hospital of Eastern Ontario and the Children’s Miracle Network Telethon.”

As folks know, the Valley lad who’ll be 72 in October has a giant heart. He has helped raise millions of dollars for CHEO and throughout his career he has lent his support to a wide variety of other causes. That hasn’t changed. The upcoming “Christmas in The Valley” tour is a CHEO fundraiser. Featuring Kelli Trottier and other talented performers, it’s slated for soft-seat theatres in Pembroke December 4, Brockville December 7, Kingston December 9, Ottawa December 12 and Cornwall December 14. “I’m very excited about it,” he says.

The time away, “confirmed again how important entertaining and music are in my life. If you’re gifted with the ability to perform, there’s a certain responsibility to carry that torch and share it.”

He’s also pleased to share his talents as a spokesperson for Davidson Hearing Centres. “I believe in the company very much,” he says, talking about the honesty, the provision of hearing products to make people’s lives better, and the friendliness of staff members. “They’re a family company and you’re treated like part of the family.”

Wayne’s also glad to be back in front of audiences for September’s Fifty-Five Plus Lifestyle Show. “I continue to do it because it’s a very good show and an important show for people entering their mature years,” he notes, mentioning the tons of great booths, informative experts and top-notch entertainment. Not only do people find out about innovative ways to enjoy life, he says, “They leave with their bellies full of laughter and good times.

“Really, it’s about staying young,” he adds. “It’s not about growing old.”

Wayne Rostad is the perfect example of that. He talks with enthusiasm about songwriting, motorcycling, travelling, and making plans with Trudy. As he puts it, “Here I am in my 70s and once again I am starting anew.”