Travelling along the Loyalist Parkway

Ernestown Township was named after Prince Ernest Augustus, the eighth child of King George III. The township included Bath, Millhaven, and Amherstview. Amherst Island was privately owned for many years.

Arriving with the first contingent of United Empire Loyalists in 1784,William Fairfield, a member of Jessup’s Rangers, built a small empire with his three sons that revolved around milling, shipbuilding and general merchandising. During the War of 1812, they supplied 7,000 to 15,000 pounds of beef per week to the Kingston Garrison. In 1793,Fairfield built a large frame house east of Bath in a clearing used by the Indians for encampments. When the main road passed in front of the house, it became a tavern for the first half of the 19th Century. The home and grounds were donated to the St. Lawrence Parks Commission by the family in 1959 and are now Fairfield Historical Park (613 384-2813), 4574 Bath Road. Evidence of the original tools used and the workmanship are present throughout the house. The house was designated by the Canada Royal Architectural Institute in 2000 as one of the 250 best examples of Canadian architecture over the last 1,000 years. Just east of the Fairfield House are the Eastern Gates of the Loyalist Parkway. These gates were opened by Her Majesty the Queen on September 27, 1984. 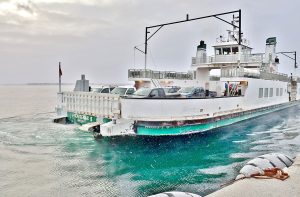 William J. Henderson has been called the “Father of Amherstview. ”He was the Member of Parliament for Kingston and the Islands from 1949 to 1958. In 1957, he teamed up with William Pratt, who had salesmanship and imagination, and Alice McKeown, who had management skills, and they began the further development of the residential community that would become Amherst View and then Amherstview. Amherst Island could be seen clearly across the Bay of Quinte, hence the name Amherstview. His land and power were forces that helped him keep the community in Loyalist County instead of its amalgamating with nearby Kingston. Since Amherstview was intended as a residential community, it has not attracted industry and the businesses are geared to provide for the community’s needs. A larger-than-normal number of dwellings are devoted to seniors, and the number of community-centred facilities reflect a community which cares more than adequately for its citizens.

Five kilometres west is Parrott’s Bay Conservation Area and a plaque honouring Madeleine de Roybon d’Allonne, who came to the Kingston area in 1679 and was the first European female to own land in Ontario. The daughter of a French nobleman, she built a house and outbuildings, raised cattle and crops, and operated a small trading post. 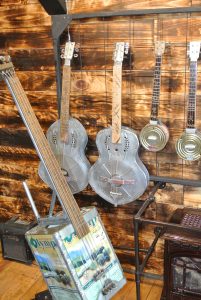 Another famous son of the Amherstview area was Edwin Albert Baker, who was blinded in the First World War and devoted his entire life to assisting blind people. A founder of the Canadian National Institute for the Blind in 1918,he was, for more than forty years, its managing director. 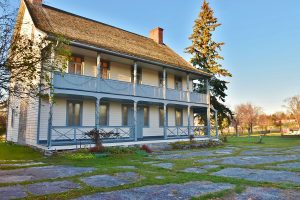 The citizens of Amherstview enjoy a number of annual events. The first Saturday in November brings the Santa Claus Parade. Santa appears again the first weekend in December to throw the switch to light up Fairfield Park for Light Up The Season, along with horse-drawn wagon rides and musical entertainment.

Amherstview has a wonderful branch of the Lennox and Addington County Library (613 389-6006),322Amherst Drive, which can be very helpful in providing local history and information about the community, as can Loyalist Township (613 386-7351), located in Odessa.

In 1794 Millhaven boasted 150 residents, a post office, an inn, some mechanic’s shops, a sawmill on Millhaven Creek, and the branch office
of the Frontenac, Lennox and Addington Land Registry. The post office confirmed the name Mill Haven in 1852, although it did not officially
become Millhaven until 1971. Now, little is left of this once-thriving community. The ferry to Amherst Island leaves from the dock at
Millhaven. The hamlet is best known for its association with the Millhaven Prison. 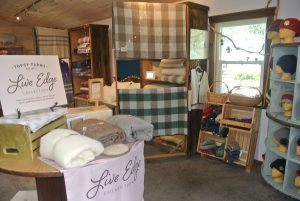 Originally inhabited by Indigenous peoples, the island was named Kaounesgo. Henri Tonti, the explorer LaSalle’s lieutenant, named it Île
Tonti in the mid-17th Century. Later, the Crown granted the entire island to Sir John Johnston in 1788 for military purposes, and his administration as a feudal society dominated the island. In 1792, by proclamation, the island was renamed Amherst Island in honour of Jeffery Amherst, First Baron Amherst, who was commander-in-chief of British forces in North America. In 1823,Johnson’s daughter, is reported to have lost the island in a card game to the Earl of Mount Cashel, who brought many settlers over from Ireland. In 1856, Mount Cashel’s creditors foreclosed on him, and the island was sold to Robert Perceval-Maxwell, many of whose descendants still reside on the island.

The Island has two villages, Stella and Emerald. The main village, which is home to the post office, has been known as Stella since 1860
and possibly was named for a relative of someone on the island or a connection from Ireland. Nothing is known of the origin of Emerald,
either. The island has its own radio station and its own newspaper, The Beacon (613 888-3702).

Amherst Island sports stone beaches, a bird sanctuary accessible by foot for the avid hiker, world-class salmon and trout fishing, excellent
bicycling routes, sailing in the sheltered waters of the North Channel or the open waters of Lake Ontario, and scuba diving on numerous
shipwrecks. The Owl Woods, a privately-owned bird sanctuary is on the migrating route for the Great Grey Owl and the Snowy Owl and is a draw for bird watchers, as are the waters around the island where the Tundra Swans can be seen.

The Island has a number of interesting places to visit, and overnight establishments welcome visitors who would like to spend a few days. A self-catering bed-and-breakfast establishment, Foot Flats Farm (613 634-1212), 570 Front Road, Stella, offers a charming house and a seasonal cottage and has a pebbly beach with good swimming. The Lodge on Amherst Island (613 634-1388), 320 McDonald’s Lane, is a great place with lots of amenities to getaway. Visitors can self-cater, have meals catered, or eat in restaurants. An historic 180-year-old farm home with antiques and old quilts, Poplar Dell Bed and Breakfast (613 389-2012), 3190 Front Road, Stella, is a full-time dairy farm with full or vegetarian breakfasts. The Yurt at Topsy Farms (888 287-3157), 14225 Front Road, Stella, a cozy retreat in the heart of a family farm, this authentic Mongolian structure is nestled in a tree-covered corner of the yard. Back Kitchen open in summer.

During the spring and summer, the Saturday Island Market operates from May until Thanksgiving in Stella at Centennial Park with goods from around the island and artisans. In the summer, the Waterside Summer Concerts (613 384-2153) take place at St. Paul’s Presbyterian Church.

A trip along the waterfront of Lake Ontario is always enticing. You can drive it on the Loyalist Parkway or hike or bike along the Waterfront Trail. It would be impossible to list all of the attractions in this area, so this article is meant to highlight only a few, and the rest are waiting for the visitor to discover. It is wise if you wish to visit specific businesses that you call ahead since many of them are open for restricted hours or seasonally. Also, COVID restrictions have altered many of the schedules of businesses.