Visit the untouched parts of Portugal 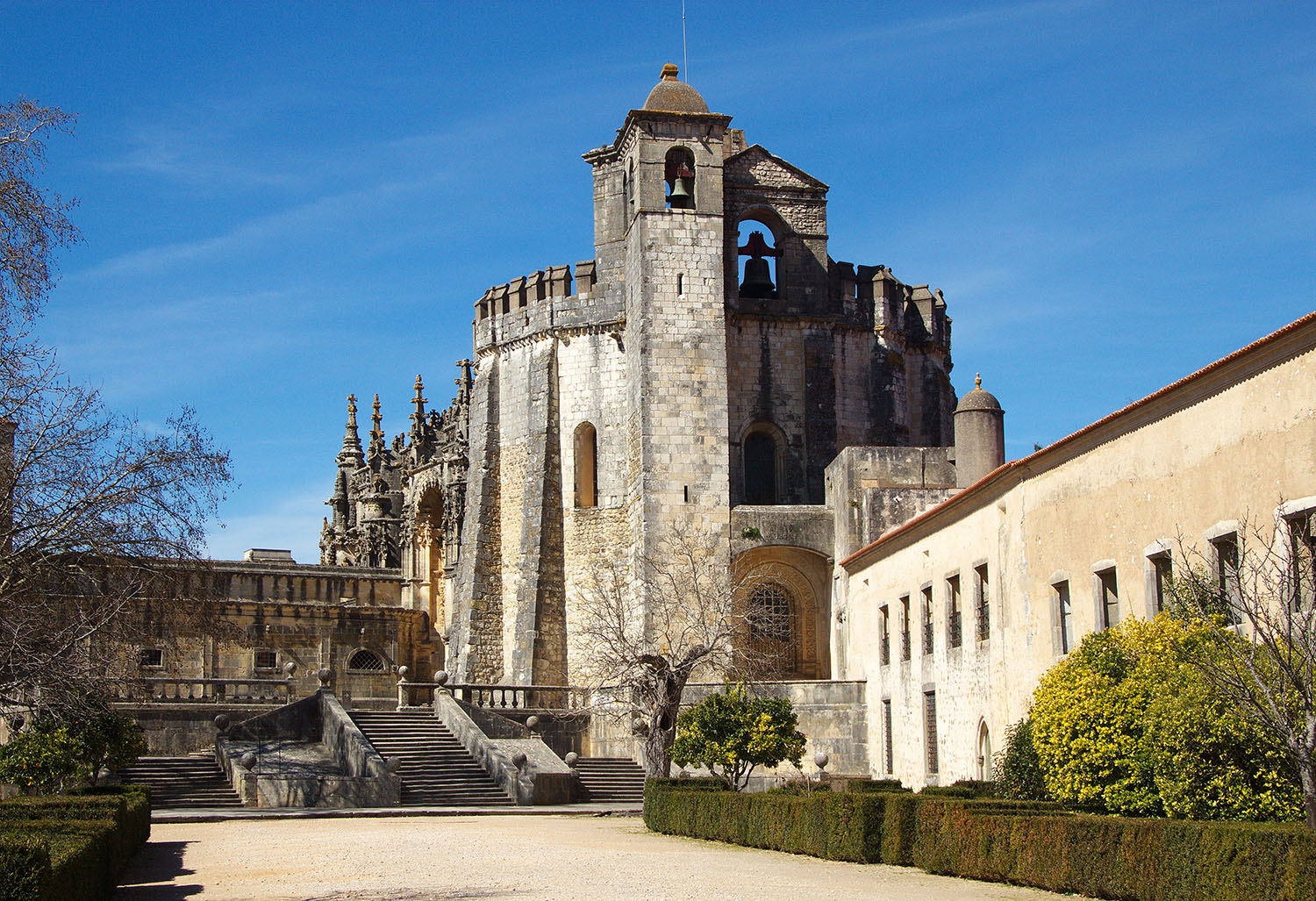 Beyond Lisbon and the Algarve is a part of Portugal that has barely changed over the centuries. Between the Atlantic coast and the mountainous green interior lies a countryside of medieval villages, ancient castles and world-famous vineyards. The rich legacy left by Roman and Moor invasions and Portugal’s emergence as a nation.

UNESCO couldn’t decide which of Évora’s 4000 historic structures to designate as World Heritage and proclaimed everything within the city walls. Walls built by the Romans encircle this well-preserved medieval city they founded. Corinthian columns ring the remains of the Temple of Diana on the hilly city’s highest point. Arched narrow alleyways and tiled patios recall the Moorish occupation. Renaissance fountains and palaces date back to Évora’s reign as the country’s capital and residence of its Kings. Several lived in the 14th-century Palace of the Dukes of Cadaval opposite the Roman temple. The Ducal family still owns the palace. In the adjoining Pousada dos Lóios, formerly a convent, guests stay in a tiny room, an original monk’s cell with a claw foot tub
crammed into the bathroom. In the dining area, three corridors laid out around a pillared cloister offer an ambiance only a historic building can provide. A flamboyant Gothic doorway leads into the convent’s church, São João Evangelista. Stunning floor-to-ceiling blue and white azulejos (tiles) made in 1711 line the nave. Grates in the floor expose a deep Moorish cistern. Portugal’s largest medieval church, the 12th-century cathedral sits on the site of a former mosque. Statues of the apostles on the doorway relieve the austere Gothic-style Sé de Évora’s exterior. Inside, a medley of gilt flourishes, marble walls crammed with paintings and a Baroque altar with a statue of a pregnant Virgin Mary. Flemish artists in the Renaissance period carved everyday scenes of peasants, grape-picking and sheep-sticking on the oak choir stalls. Climb the church’s tower for a panoramic view. Down the steep cobblestoned lanes, the church of Sáo Francisco combines Gothic and Manueline styles. Named after King Manuel, the style unites naturalistic maritime themes with Moorish and heraldic motifs. Behind the Royal church’s nave, the macabre Capela dos Ossos. More than 5000 bones cemented to the walls completely cover the Chapel of Bones. The Francanciscans’ practical solution to free land for development on some of the 42 monastic cemeteries. The chapel also provided the monks with the opportunity to readily contemplate and confront the issue of death in one place. A single white coffin holds the bones of the monk who constructed the chapel. Alongside, a sign says, “Here lies these bones; they await you.” 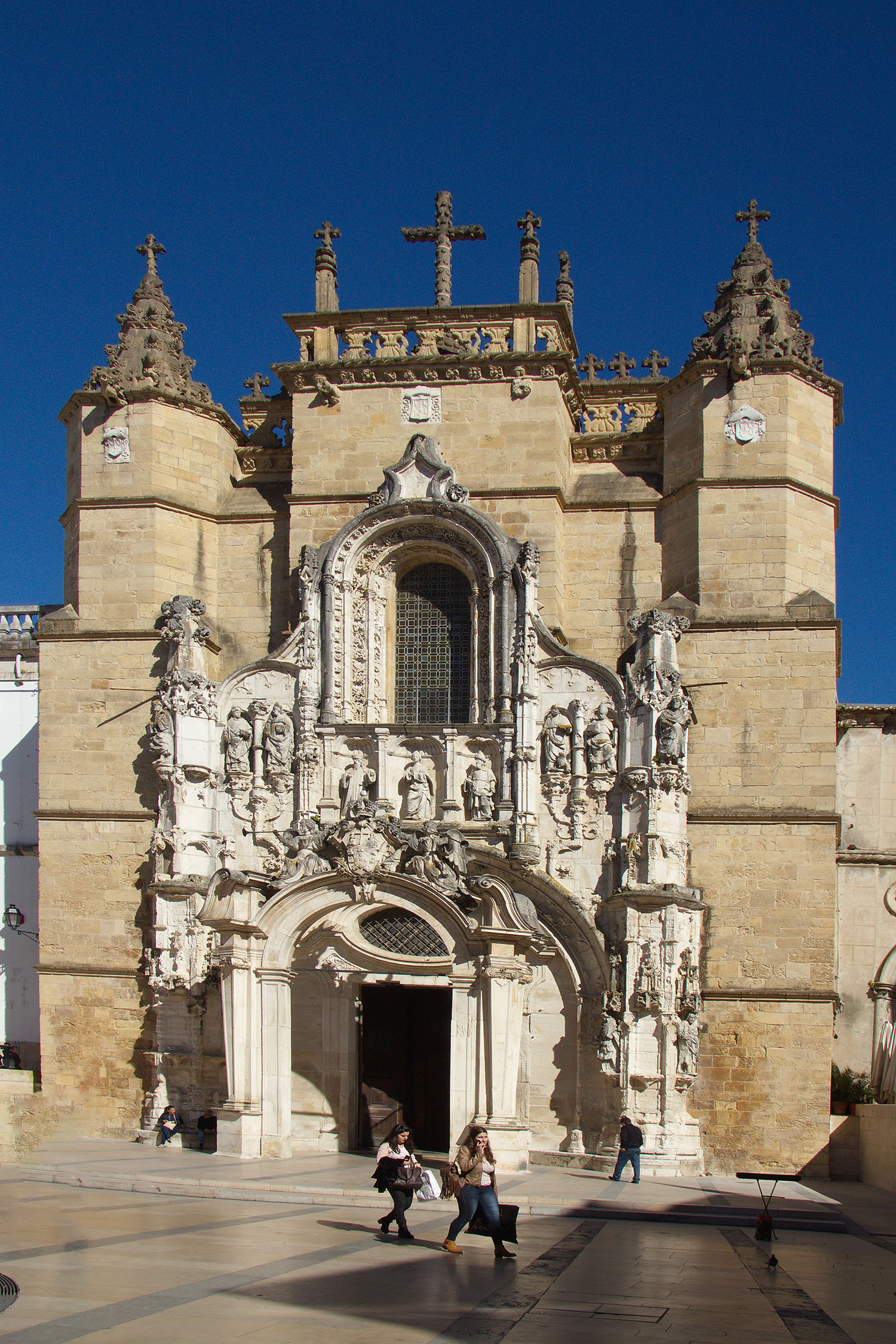 The Knights Templar came to Portugal in the 12th century to help the country’s first King drive out the Islamic occupiers. They made Tomar, north of Lisbon, their Portuguese headquarters. Their massive complex tops a hill above the town. Erected over five centuries, the Convento do Christo contains the ruins of the Templar’s castle, chapel and a convent. Florid Manueline-style carvings of barnacles, anchors and seaweed embellish some doors and windows of this otherwise dull gray exterior. Wandering through this maze of staircases, corridors and cloisters lead to the surprisingly sumptuous round chapel. Modelled after the Dome in the Rock of Jerusalem, the chapel’s Romanesque columns circle richly gilded panels and paintings on the walls and ceilings depicting the life of Christ. A 10- minute walk away is the small town of Tomar. Patterned paving stones in front of city hall circle the statue of Guladim Pais, the Knight’s Grand Master and town founder.

North of Tomar, King Joáo V, known as the Portuguese Sun King for his lavish lifestyle, plowed funds from Brazil’s gold mines into the library’s three Baroque-style rooms. Gilded pillars and scenes of Chinese life are painted on green, red and gilded wood garland oak bookcases. Trompe l’oeil frescoes coat the ceiling. Behind wire screens shielding the shelves, a colony of bats sleeps during the day. At night, they come out and devour any insects. In the basement, the Academic Prison. From 1593 to 1832, an in-house court sentenced badly behaved students to serve time in its cells. The adjacent former royal chapel, Capela de Sáo Miguel, is as richly decorated as the library. Handpainted blue, white and gold tiles from 1613 blanket the walls. 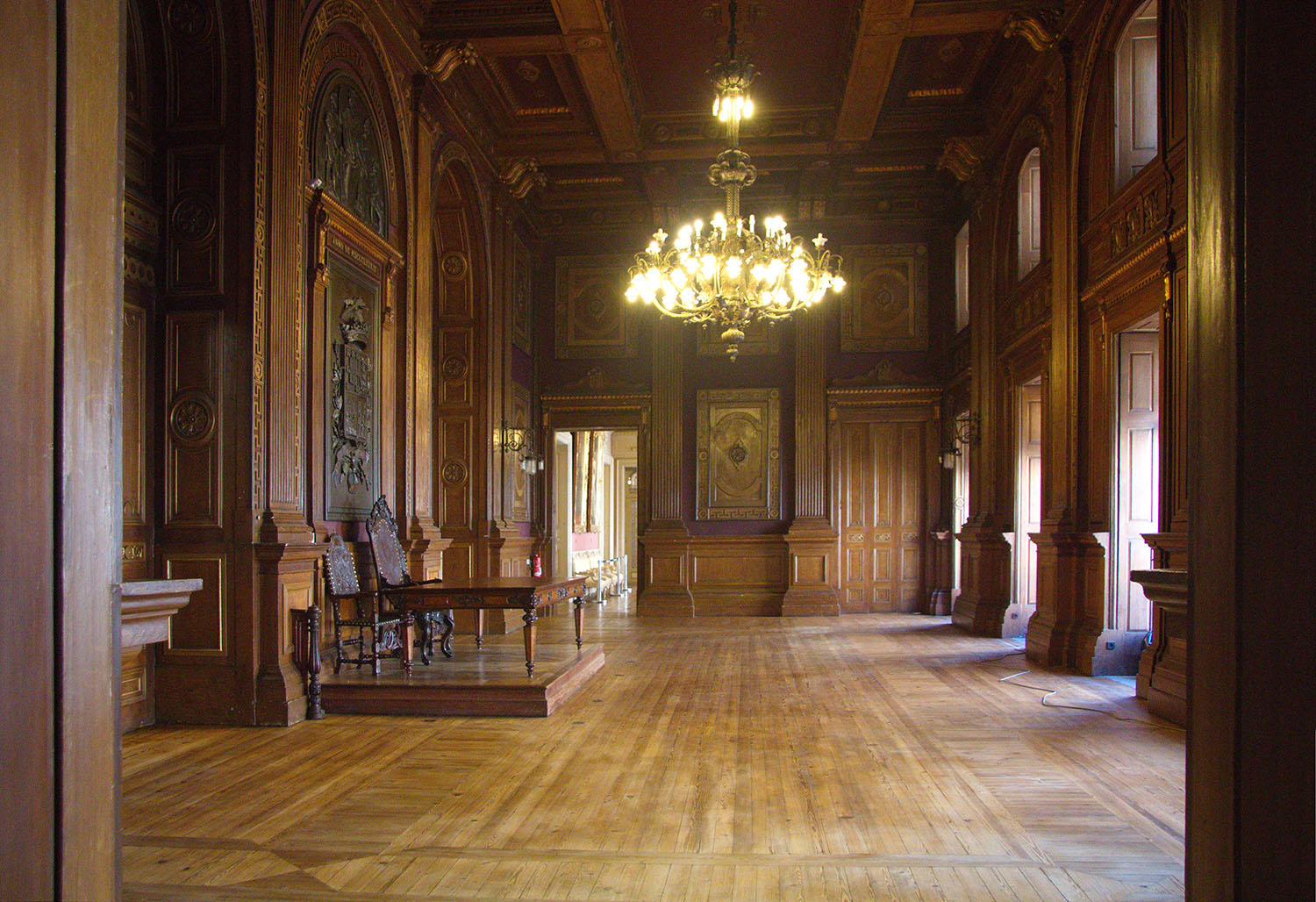 Angels blow trumpets from atop the 2000 tubes of the 1733 Baroque organ. The nearby National Museum, Machado de Castro, a former archbishop’s palace, introduces the city’s history through artifacts ranging from a Roman head to a 14thcentury necklace and 17th-century altar cloth. Beneath, are preserved galleries from the Roman occupation. Enjoy lunch on the attached restaurant’s patio with its views over the city. A six-minute walk downhill takes you to the university’s 18th-century terraced botanical garden. Guided tours start at the arches of the 16thcentury aqueduct. Known for its collection of rare trees, the garden’s magnolias burst into blossoms in February. Down one cobblestoned lane, the 12th-centur y fortress-like Sé Vel ha. The Old Cathedral features a
flamboyant Gothic altarpiece. Further downhill, alongside streets of fashionable shops, the Mosteiro de Santa Cruz with a Renaissance pulpit and the tombs of Portugal’s first two Kings. 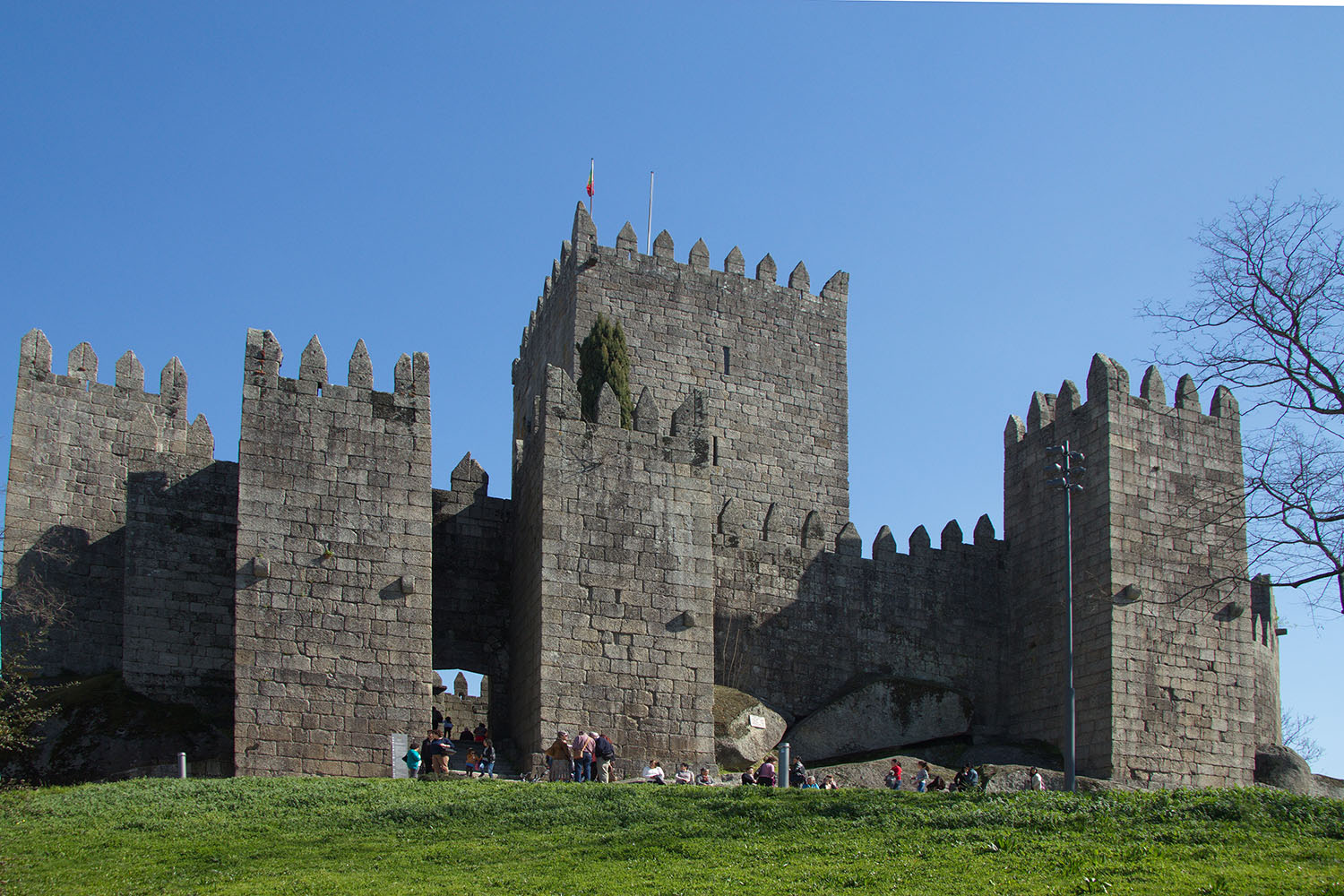 Portugal’s second-largest city is famous for its port wine production developed by Brits after the United Kingdom banned the entry of port from France. Many port producer s remain in British hands. Over two dozen port houses in Vila Nova de Gaia across the Douro River from Porto, welcome visitors for tour s and tastings. Restaurants crowd the riverside, where a few barcos rabelos are moored. The old fashioned sailboats once transported the barrels of port. A one-hour cruise along the Douro gives a glimpse of the oldest vineyards in Europe. Crossing the double-decked bridge brings you to a section of Por to barely changed since the Middle Ages. Squeezed together under a steep cliff are colourful sash houses, the name reflecting their narrow width.

The wealth generated by port is evident up the hill in the Merchants Association’s Palácio da Bolsa (stock exchange). Extravagantly garnished rooms, each in a different style, culminates in the oval-shaped Arabic Room. Duplicating a room in Grenada’s Alhambra, the arabesque columns and gilded wall s resemble mideastern tiles.

Around the corner, in the 14th-centur y Gothic church, Igreja de São Fran cisco, over 350 kilos of gold glitter from elaborate carvings around the tombs of prominent families. 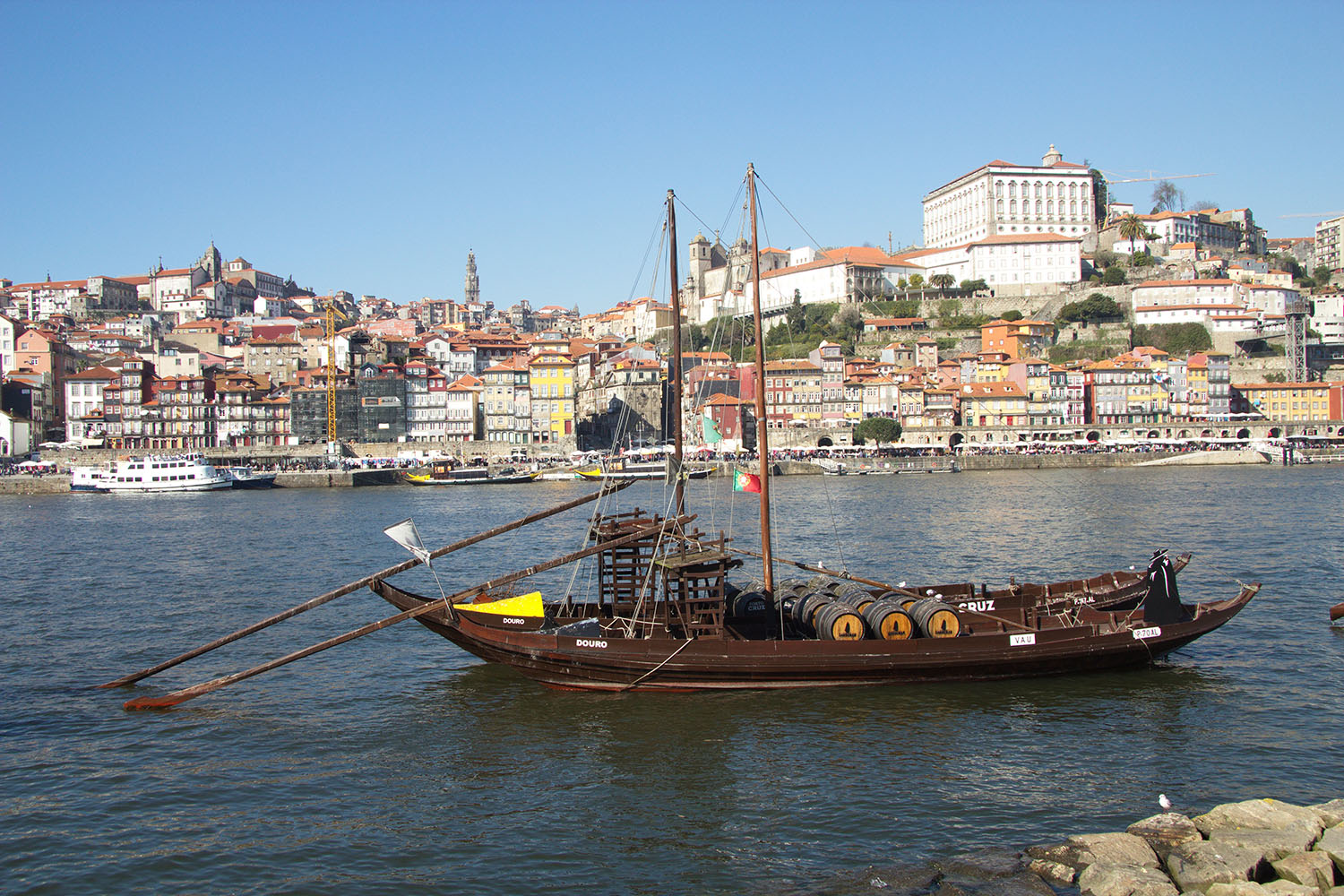 A one-hour train ride from Porto—free for me, the custom apparently on International Woman’s Day—is Guimarães, the birthplace of the Portuguese nation. About 1128, 18-year-old Alfonso Henrique proclaimed independence from the kingdom of Leon and Castile. On a hill above the preserved medieval town centre are the ruins of the castle erected for Alfonso’s father, Henry of Burgundy, and an adjacent ancient church. Nearby, the Duke of Bragança’s 15th-century Gothic palace and the official residence of Portugal’s president. Vast rooms heated by massive fireplaces with exhibits from weapons to Chinese porcelain. The banquet hall holds the original tin tableware. A 17th-century tapestry adorning the family dining room is one of many tapestries. Stained glass windows brighten the palace chapel.

If you go:
The only direct flights to Portugal via Lisbon are through Montreal and Toronto.

Getting around
Portugal has excellent train service and long-distance buses.