OFF THE BEATEN PATH
By Madeline Kallio

Early explorers and settlers who came to this region marvelled at the magnificence of the unending forests that fringed the mighty Ottawa River. Logging in the 19th century eroded much of the forests, except for a few spectacular pockets along the river. It is not surprising that cottagers flocked to these areas to enjoy the woods and the beaches; nor that those escaping the city would settle here. For those who choose to live in more urban areas, the scenic streets, the businesses and beaches here, off the beaten track, provide a pleasant way to spend a day.

CONSTANCE BAY:
A sketch of the Ottawa River in 1832 called the area Constantine after Algonquin First Nations chief Simon Constant, who was there long before white settlers. The actual bay was named by French fur traders. It was also called Sand Bay and Constance Pond. It may also have
been in honour of the daughter of Hamnet Pinhey, a noble Englishman who was granted land along the Ottawa River. Evidence of historic native habitation was further established by Gordon Watson, an archaeologist, who excavated a site on his property and identified an item dating back about 2,500 years.

Hidden from the well-traveled Dunrobin Road, the village of Constance Bay is a veritable oasis. Graced by magnificent trees, the community is located in and around Torbolton Forest, bordered on one side by the Ottawa River and partially on the other side by Buckhams Bay. The Torbolton Forest is home to rare plant life, animals and birds, and has been designated as a provincially significant area. Cottages and magnificent homes intermingle on quiet, shaded streets. The calm is shattered on summer weekends when visitors pour into the community to enjoy the beaches on the Ottawa River. There are three beaches accessible from the main road: The Point Beach is the one most frequented, while Auger’s Beach and Wicken’s Beach are less used. The Point and Auger’s Beach have parking and toilets while Wicken’s Beach has only garbage cans.

Constance Bay General Store is a go-to place for snacks and drinks, as well as beer and liquor. The newly-renovated The Point Dining Lounge is on the corner of Lane Street leading to the beach. It serves creative pub fare and a wide range of drinks in the lounge and on the Bikini Beach Bar patio which has live music and overlooks the Point Beach, the Ottawa River and the Gatineau Hills.

You can’t beat the prices on the menu at the Lighthouse Restaurant and Grocery, which serves Chinese and Canadian food, pizza, soft ice cream and desserts. The Bay Café offers an eclectic selection of coffees and teas, a scrumptious variety of baked goods and meals to go with live entertainment on Thursdays.

Enjoy locally produced ice cream at the colourful Carp Custom Creamery truck. For those with special dietary needs, lactose-free and vegan flavours are available. Enthusiastic actors have sparked the excitement of theatregoers since 2005 in Rural Root Theatre Company’s spring and fall productions at the NorthWind Wireless Fibe Centre. The plays chosen by the non-profit volunteer company are mostly comedies, but dramas, musicals, farces and dark comedies have also been performed. A part of the larger theatre scene in the Ottawa region, Rural Root has maintained close ties with other local theatre companies such as Kanata Theatre and the Lakeside Players.

A scenic drive down Ferry Road leads to the river and the Quyon Ferry to Quyon, Quebec. For over 100 years, the ferry has carried cars and passengers across the river from April to November for a scenic five-minute ride. Just up from the ferry in Quyon is Gavan’s Hotel, well known on both sides of the river for entertainment and singer Gail Gavan. 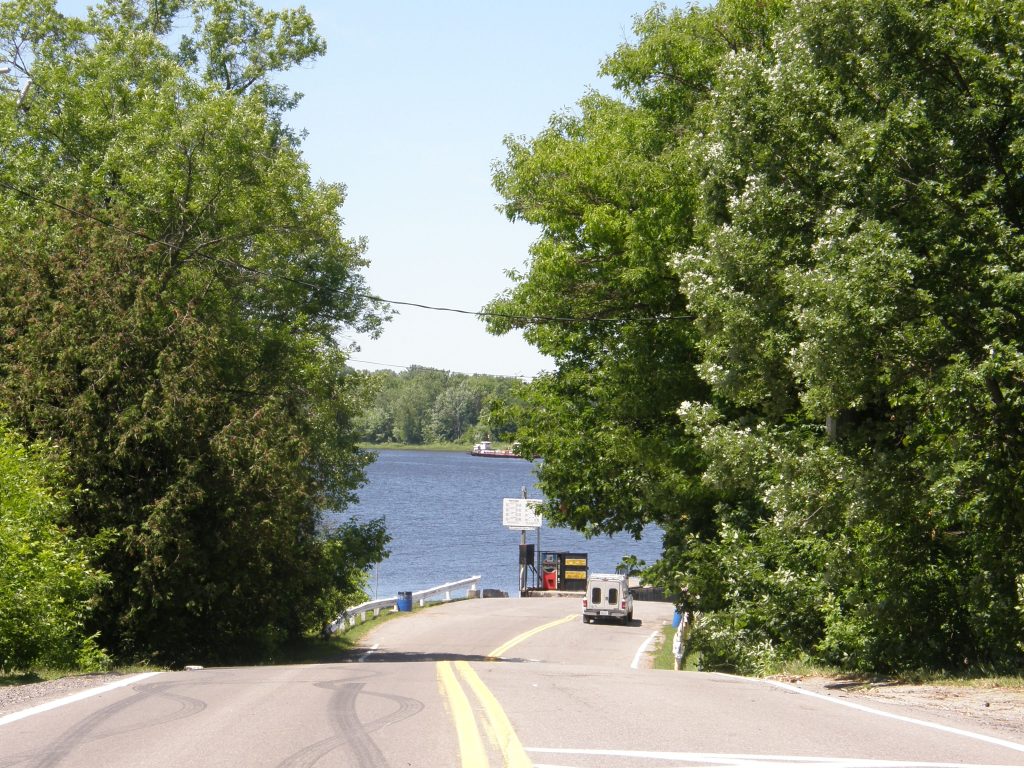 Charles Shirreff , believed to be the first settler, built a home in 1818. He expected a waterway connecting east and west, dubbed the Huron route, would pass by the settlement. There was no further settlement until 1823 when boats began to use the route between Aylmer and the Upper Ottawa River. A centre for the timber trade in the 19th century, the community was first known as The Chats. Then it was named Fitzroy Harbour after the township in which it was located. The township had been named after Sir Charles Augustus Fitzroy, son-in-law of Charles Lennox, 4th Duke of Richmond and Governor-in-Chief of British North America from 1818 to 1819.

The magnificent white pines of the Ottawa Valley have survived for a hundred years in the 460-acre Fitzroy Provincial Park as has a stand of 200-year-old bur oak. Located on the shores of the Ottawa River where the Carp River empties into it, the park offers camping sites and picnicking areas, as well as a boat launch and a comfort station. If you have forgotten anything, the park store offers a multitude of items.

Just south of the Fitzroy Forest, Fitzroy Harbour is a quiet residential community on the river. At the centre of the community is The Harbour Store, home to Harbour Pizza with its wide selection of pizzas as well as salads, chicken and more. Take along a snack while you are enjoying the incredible scenery. There are many exciting places to discover and it’s well worth a trip to enjoy nature’s wonders in this area.

7 Useful Tips On Comfortably Camping Around The Country