Chelsea has a wonderful small-town feel, but larger-than-life culture, food and scenery 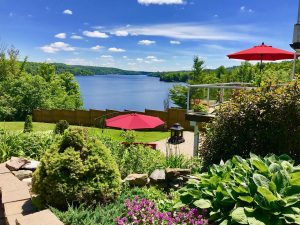 The Municipality of Chelsea encompasses the stretch of land along Route 105 on the west side of the Gatineau River from the City of Gatineau to the Municipality of La Pêche (Wakefield), and much of the southern and eastern parts of Gatineau Park. The two major settlements in the municipality are Chelsea and Old Chelsea. A mixture of French and English reflects the past when the Irish, Scottish and English settlers first arrived.

Previously populated by indigenous peoples and fur traders, in 1800 the first European settlers arrived and began farming, harvesting the native white pine, and establishing other businesses. The first settler, Thomas Brigham, came from Chelsea, Vermont, and the settlement was named for his former residence. The first mayor of Chelsea, Timothy Moffatt from Ireland, arrived in 1822. Several of these early settlers are buried in the two historical graveyards, notably Thomas Wright who died in 1801 and whose grave is in the Protestant Burial Ground in Old Chelsea. The other small Pioneer Cemetery off Route 105 is in a peaceful grove of woods and contains the grave of Private Richard Rowland Thompson, recognized for his bravery in the Boer War, and who was one of eight people in the world to receive the scarf of honour hand-crocheted by Queen Victoria herself. Part of the movie, Grey Owl, was filmed here along the Gatineau River. 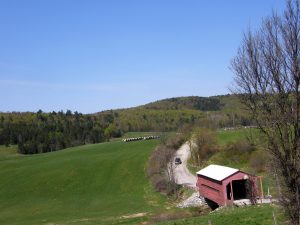 For over 30 years, the Chelsea-Wakefield Studio Tour (tourcw.com) has brought visitors through the backroads of the Gatineau Hills to visit the 25 or so artists on the last weekend in September and the first weekend in October.

Following Route 105 out of Gatineau, you will see the sign for Chelsea. Just up the road, Bistro Pub Manchester (819 827-7727), 474 Route 105, serves a large variety of pub foods. On the left is Generation Reproduction (819 827-6605), 501 Route 105, which crafts custom-made furniture in shabby-chic style. In the same plaza is Chelsea Shawarma and Pizza (819 827-6666), 7 Old Chelsea Road, which serves shawarma, chicken and pizza. The Chelsea Freshmart (819 827-8001), 528 Route 105, offers produce, meat, dairy and more. At the same address is Le Resto Chelsea (819 8275559) which serves fish and chips, other casual seafood and Portuguese dishes. The Boucanerie Chelsea (Smokehouse Chelsea) (819 827-1923),706 Route 105,specializes in retail and wholesale sales of fresh smoked fish and seafood. It is reported that Jean Chretien took smoked goods from the Smokehouse with him when he travelled, to share with other heads of state. Nestled in a beautiful maple wood with a garden visible from the restaurant is the fine-dining establishment, Les Fougères (819 827-8942), 783 Route 105, a fine dining establishment which serves the best regional produce available with a wine list that is chosen to complement menu choices. The restaurant also has a store which sells decorative items, gifts and gourmet products. The Galerie Old Chelsea (819 827-4945),
above the restaurant, displays works by regional artists who work in all mediums. Florist Avant Garde (819 827-6308), 4 Larouche Road, offers a unique selection of flowers, plants and and accessories. Auberge TOM B&B (819 9180024), 1090 Route 105, is a high-end bed and breakfast on the Gatineau River exclusively for adults, breakfast included. 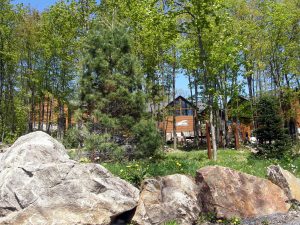 At the crossroads of Routes 5 and 105 is La Vallée Restaurant and Motel (819 827-0524), 1418 Route 105. Since the early 1970s, the motel has provided accommodation. The restaurant serves an interesting mixture of Canadian, Dutch and Indonesian cuisine. The Gatineau River Road begins to the east of the facility and provides a scenic drive along the Gatineau River to Wakefield.

Old Chelsea
Old Chelsea Road, off Route 105, the Village of Old Chelsea is the gateway to Gatineau Park on the east. The picturesque setting is home to interesting stores, restaurants, art galleries and the old Protestant Burial Ground. The Gatineau Park Visitor Centre (819 827- 2020), 33 Scott Road, provides information, maps and displays on the plants, trees, bird and mammals, which are found in the park, as well as the 165 kilometres of hiking trails, the three lookouts and other features of this incredible 361 square kilometres of preserved land at the edge of the
Great Canadian Shield. Gatineau Park has for over 30 years hosted the Gatineau Loppet (819 595- 9001, ext. 4), the premier cross-country ski race in Canada with over 1,100 skiers and snowshoers. In an old farmhouse with its outbuildings at the entrance to Gatineau Park, nestled in a secluded stand of mature trees, you will find the unique fine dining establishment of L’Orée du Bois (819 827- 0332),15 Kingsmere Road, which serves French and regional dishes, including fresh produce and herbs, in-house smoked fish, poultry and meat, and a well stocked wine cellar. The restaurant is open for dinner with reservations. 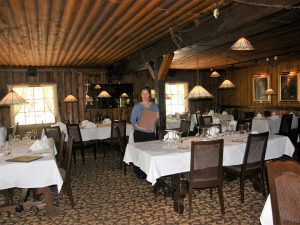 The roads and lakes in Gatineau Park are named after original settlers.  The road to Meech Lake will take you past the original home of Asa Meech. O’Brien Beach is also named for an original settler and, when you reach the beach, you will see on top of the hill the stately O’Brien and Wilson houses. The Wilson house has hosted many important meetings for top government officials. Backtracking along the parkway, a left turn on Dunlop Road will take you to Camp Fortune (819 827-1717), a well-known ski hill with several downhill runs, as well as a summer aerial park with zip lines. Named for original settler, Garret Fortune, Camp Fortune sits on land that was originally purchased by the Ottawa
Ski Club in 1920 and became a popular cross-country ski facility in the 1930s.

The boutiques along the main street are filled with treasures for the visitor to discover. The Bougie Doozy Candle Shop (819 827- 1636), 181 Old Chelsea Road, manufactures and sells exquisite handcrafted original art candles in all shapes and sizes. The premises also showcase a fine leather goods room for James M. Brooks Leatherworks and pottery for Cathy Payne. The Marché Old Chelsea Market, 212 Old Chelsea
Road (for 2020, 23 Cecil Road), is a community market outlet for local farmers, artisans, bakers, canners and musicians and is open Thursdays from June to October from 4 p.m.to 7 p.m. Nordik Spa-Nature (1 866 575-3700), 16 Nordik Road, provides a peaceful setting among the trees for a unique relaxation experience. Along with spa facilities, the Spa also offers overnight accommodation packages, gourmet cuisine and a boutique which sells luxurious items. 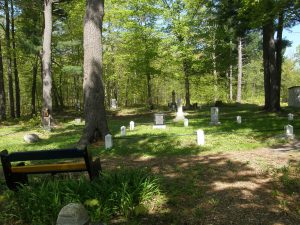 With so much to see, you might want to stay at the Auberge Old Chelsea B and B (819 827-1316), 213 Old Chelsea Road, which offers an amazing breakfast. Through the garden, a path meanders through the undisturbed nature of the Gatineau Hills. The owner also operates The Old Chelsea Slipcover Company which creates and markets custom-made slipcovers, cushion covers, outdoor fabrics and bedding. No area could offer as scenic a countryside as the Gatineau Hills and Gatineau Park. The people that live along the river and in the park are truly blessed. Chelsea is such a large area with so many places to explore that this article cannot hope to introduce the visitor to all of them; and its main purpose is to encourage day trippers (or overnighters) to visit and enjoy what the people and the natural world have to offer. For further information on this great area, you can contact Outaouais Tourism (819 778-2222), 103 Laurier Street, Gatineau, or the Gatineau Park Visitor Centre (819 827-2020), 33 Scott Road.