Prince Edward County has been endowed with an abundance of natural elements that under normal conditions draw visitors from around the world. Sandbanks Provincial Park lies just south-west of Picton. It has the world’s largest bay mouth barrier dune formation, three expansive sandy beaches, walking trails and is a bird migration hotspot in spring and fall. Picton Harbour, a sheltered mooring place, surrounded by architectural and natural beauty, has been a favourite spot for boaters for two centuries with fishing year-round. The perfect soil for growing the grapes give the wineries that abound in the region, an international reputation for excellence. The picturesque towns and villages that host a plethora of interesting business establishments, provide support for the natural beauty of the region. 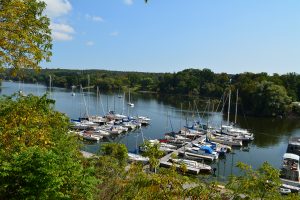 The flourishing community of Hallowell Bridge was well-established around 1800, on the northwest side of what is now Picton Bay and later was known as Hallowell Village. The area around the bay became known as “Delhi” because of the large number of Native Mohawks who worked on the boats. William Macaulay inherited 500 acres of land beside Hallowell Bridge and, around 1816, set-up a settlement on the other side of the bay, which he named “Picton” after General Sir Thomas Picton who served as the Second in Command to the Duke of Wellington and was killed at the Battle of Waterloo.

Although a public meeting to consider the amalgamation of the two villages was held in 1834 and “Port William” was chosen as a compromise, through Macaulay’s influence, Hallowell and Picton were united and incorporated as Picton in 1837.

Several stately buildings that Macaulay built are still in evidence as a monument to the great churchman and developer. Macaulay’s own house and St. Mary Magdalene Anglican Church are now part of the Macaulay Heritage Park (613 476-2148 ext. 2524). The Crystal Palace in the Fair Grounds on Main Street was built in 1851 as a scaled-down version of Joseph Paxton’s Crystal Palace in London, England.

The Regent Theatre (613 476-8416), 224 Main Street, is a fine example of a restored Edwardian opera house. Opened in 1918 by George Cook to rival the Royal Alexandra Theatre in Toronto, the theatre offers live events, shows via satellite, movies, and more. 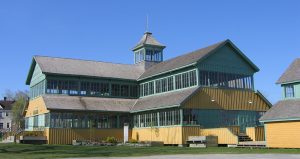 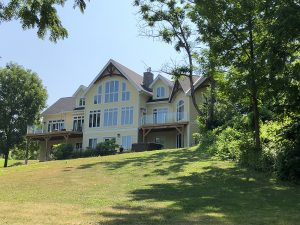 In addition to the plethora of excellent bed-and breakfast accommodations in and around Picton, the area is also home to a number of exquisite inns. Close to the site of an inn established in the 1790s, the Picton Harbour Inn (613 4762186),33 Bridge Street, has guestrooms with balconies and The Lighthouse Restaurant is famous for its breakfasts and lunches and a waterfront patio. The Manse Boutique Inn and Spa (613 4761006), 10 Chapel Street, has an outdoor saltwater pool and hot tub, breakfast prepared by their in-house chef, and a dining room for guests or by reservation. French cuisine, sumptuous breakfasts and a meticulously curated wine collection, the Merrill House (866 567-5969), 343 Main Street East, an 1878 Gothic Revival mansion, is furnished with
a balance of fine antiques and modern appointments. A replica of a building from 1835 that previously occupied this site, The Queen’s Inn (888 476-8618), 145 Main Street, has coffee makers and WiFi in rooms. Built by Irish immigrants in the 1860s and surrounded by beautiful gardens, The Waring House (613 476-7492), 395 Sandy Hook Road, houses art and artefacts collected from
around Prince Edward County. At the inn, there are two popular restaurants, The Barley Room, a gastropub and Amelia’s Garden Restaurant, which offers seasonal and regional cuisine. The
Isaiah Tubbs Resort and Conference Centre (613 393-2090), 1642 County Road 12, offers a sandy beach and dining at two restaurants, the Restaurant on the Knoll and the Sandbar Lounge. 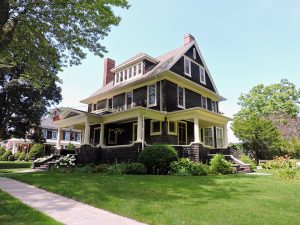 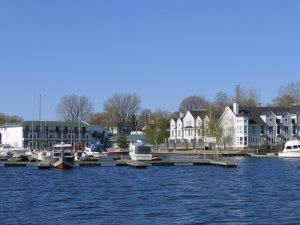 Art, music, food and entertainment highlight events in Picton. Mid-April is the time for the The County Reads Authors’ Festival. Countylicious, celebrates maple, new wine and fixed-price dining at exquisite restaurants in the county during the month of April. The County Antique Show and Sale (613 966-3937) is held twice annually, in May and September, at the Crystal Palace and showcases a wide range of antiques and collectibles. The beginning of June brings the County Terroir, a celebration of newly released wines. Held annually from mid-June to the first week of July, Art in the County (artinthecounty.com) showcases original works by County artists and artisans. Arts Trail is a year-round discovery tour of artists and artisans who can be contacted individually
from the map on the website at artstrail.ca at any time. In mid-August, the Prince Edward County Jazz Festival takes over the Regent Theatre and other venues in Prince Edward County. On the third weekend of September, artists throughout the County are ready for visitors at the Prince Edward County Artists Studio Tour. For three days in September, the acoustically superb Church of St. Mary Magdalene hosts the P.E.C. Music Festival (613 393-3798),which brings together acclaimed performers from around the world and features the works of a living composer. Also for three days in September, the Picton Fair (613 476-6154) provides agricultural exhibits, a midway, entertainment and something for everyone at the Picton Fairgrounds. Held annually in November at the Picton Fairgrounds, 375 Main Street, The Maker’s Hand is a show and sale of Eastern Ontario’s finest artists and artisans. The year finishes with the Festival of Trees (613 476-4696) and the Santa Claus Parade.

This article cannot possibly list all of the businesses, attractions or accommodations that take place in such a vibrant community. There is certainly something here for everyone! Because of COVID-19, it is possible that some businesses may be operating with reduced hours or services. So, call ahead.