The Colosseum in Rome (Colosseo) is one of the most visited attractions in the world. From the moment it was created as the Flavian Amphitheater, it became a symbol of the city and has retained that status to this day, 2000 years after its construction. It is included in UNESCO’s list of world heritage sites, and it is also on the list of 7 wonders of the world. It is visited annually by about 7 million tourists, which means about 20,000 per day. Only 3,000 visitors can stay inside the Colosseum at the same time. We say “only” because if you do some quick math, you’ll understand why the lines to enter the Colosseum are so long.

If you have not yet found yourself among these tourists, you must change that by visiting Italy as soon as possible, because there are many reasons to visit the Colosseum, and we have listed them below. 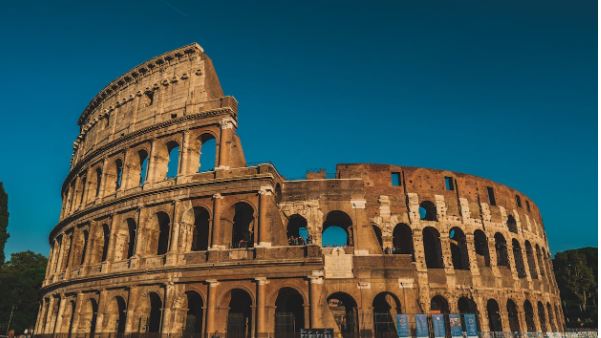 Do you know that the Colosseum was built in just 10 years? Construction began around 72 AD during the reign of Emperor Vespasian and was completed during the reign of his son Domitian and after his father’s death, in 80 AD. e. The name of the architect who designed it is still unknown. The inauguration of the Colosseum lasted 100 days, with which Domitian most likely tried to win the favor of both his subjects and the gods. With the money spent on the construction of the Colosseum, a smaller city could be built.

It is built in the form of a large cylindrical body on an elliptical base with seats that slope down towards the arena. The wall envelope almost disappeared into the openings of the arcades that divided it into three floors and through which the corridors received light and air and were decorated with whole sculptures. It had 50,000 seats (or 80,000 standing), and even a movable canvas roof. Spectators in the stands were strictly divided by status. The best seats belonged to the emperor, then the senators who sat in the first rows, and so on towards the top, where the common people were. It was a magnificent complex of construction and sculpture that served numerous performances.

The Colosseum at Night Is a Must-See

The Roman Colosseum has opened its labyrinth of underground chambers and tunnels for nighttime visits. Visits to the underground rooms of the Colosseum will be open every Friday and Saturday evening from 8 pm, as part of the annual initiative “Luna sul Colosseo”, which lasts until October 30.

This year, there is a new itinerary through a specially lit underground that takes visitors into the heart of the area where the gladiators and wild animals were housed before the fight. As folks at https://romecolosseumtickets.tours/colosseum-tours-rome/night-tour/ cite, the magic charm of the city’s iconic monuments is illuminated at night. Guides lead a multi-hour tour in Italian and English, and the tour itself is designed for groups of up to 20 people. Access to the Colosseum Underground and Arena, headsets to hear your guide clearly, and all taxes, fees, and handling charges are included in the price. 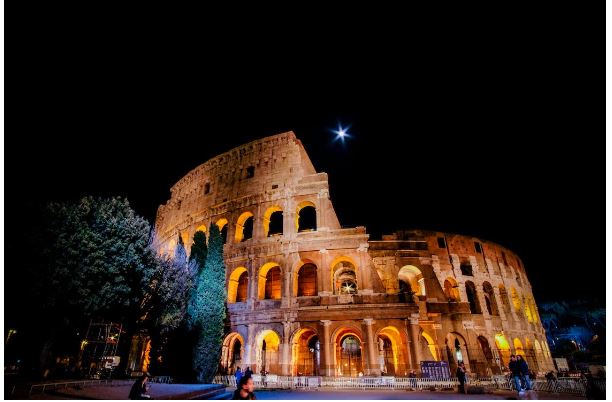 It’s the Largest Amphitheater in the World

According to the Guinness Book of Records, the Colosseum is the largest amphitheater in the world, 187 m long, 157 m wide, and occupying a total area of 5 hectares.

Historians are still debating numerous facts surrounding the Colosseum, but almost everyone agrees on one thing: it was the place where a huge number of people and animals died. Experts estimate that about half a million people and about a million animals lost their lives in the arena just for someone’s entertainment.

It Has Impressive Dimensions

The Colosseum is not a circle but an ellipse; it is 189 meters long and 156 meters wide, 48 meters high, and occupies an area of 24 thousand square meters. Today, however, only about 30 percent of the original building has been preserved. It is assumed that at the time of construction, it looked significantly different than it does today.

We hope that all this information and interesting facts will make you want to visit the Colosseum, because anyone who has the opportunity has no good enough reason not to.