Reaping the rewards of day-tripping

Years before COVID-19 made such things difficult, my wife Oxana and I drove to a friend’s cottage near Lachute. We were dropping by unannounced. Of course, he wasn’t in, so we left a note and headed home. At least that was the plan. 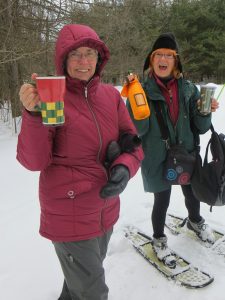 But as we neared a turnoff to Ottawa, we looked at each other and decided in a heartbeat: we’d cross the U.S. border at Cornwall, drive along the picturesque St. Lawrence River, and return home via the international bridge at Ogdensburg. Once in America, we changed plans again. With no commitments the next day, we checked into a roadside motel and the next morning meandered past
Ogdensburg to the Finger Lakes. For two nights, equipped with new clothes and toiletries from a discount store, we explored wineries down pastoral back roads. Our only destination: our inn each
evening.

Delighted with how our afternoon visit to Lachute turned out, we finally headed home, three days later.

I revel in such carefree abandon: to visit a place both familiar and new, close enough to be enjoyed when the spirit moves. Olympics cyclist Kristin Armstrong once expressed that feeling well, “Be old enough to appreciate your freedom, and young enough to enjoy it.”

The roots of this passion were planted by my parents, I suspect. They owned a corner store in Prescott during construction of the St. Lawrence Seaway. Prosperity was robust then, but my folks were tied to the store six days a week. That meant none of the family vacations to Muskoka or Florida that other families took. The best they could do was spirit us away on holiday weekends, when the store was shuttered for two whole days. That limited the choice to nearby destinations, especially the Adirondacks. It became a cherished tradition to bunk down in housekeeping cottages near Saranac Lake or Lake Placid.

If a love of travel is tattooed into one’s psyche at childhood, then my affection for exploring close to home surely comes from childhood. There’s no question I revel in foreign trips, but always—and
especially in these pandemic days—I’m grateful for the small pleasures that short trips bring, even a quick day’s outing. What animates those day trips and weekend getaways is as varied as what fosters long haul travel. 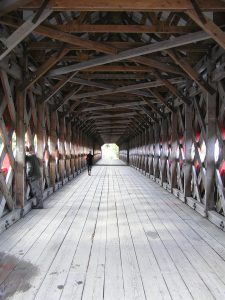 Sometimes I’m a child of Albert Einstein, who said, “Curiosity has its own reason for existing.” (Yes, that’s as close to Einstein as I’ll ever be.) I trek, as the name of this column declares, because I’m curious. Curious to see how things work or how it feels to do something I’ve never done.

I’ve shared some of those experiences in these pages—learning to make soap, a canoe paddle, and hand-spun wool. In recent years, Oxana and I learned to harvest grapes at two area wineries (you quickly discover that spotting rotten fruit is easy but crouching to get at it is hard).I’ve crafted glass beads from thin filaments of glass, melted over a 1,100°C flame (Oxana wears them, so they can’t be that ugly). I’ve gone clay pigeon shooting in the secluded Kenauk Nature wilderness resort (embarrassed to hit nothingover a 90-minute outing, I left with new-found admiration for those who can).

Similarly, one might travel to see the familiar in a new light. As French writer Marcel Proust said, “The real voyage of discovery consists not in seeking new landscapes, but in having new eyes.” After living in our lovely capital for more than 50 years, I thought I knew it. But one of my most memorable days led to “new eyes. ”On a downtown street map, I drew a maple leaf, then walked
the path. It took me to the grotto in the basement of St. Patrick’s Basilica, modelled on the one at Lourdes; to the fountain in Confederation Park, which I learned had stood in London’s Trafalgar Square for more than a century; to a huge mosaic mural in the Ottawa police station by celebrated artist Jerry Grey; to the Golden Triangle home where Paddy Mitchell, leader of the infamous Stopwatch Gang, hid stolen money behind the walls. I realized, in short, how much of Ottawa I’d neglected to truly see.

One might also travel to test oneself, to push personal boundaries. I’m no athlete and I have a fear of heights. Even so, I’ve gone whitewater rafting, taken a scenic ride on an airplane glider, swooped down an Olympic calibre bobsled track. I started with baby steps, though: an afternoon ride through a winter woodland in an all-terrain vehicle near Killaloe. The reward: thrillingly difficult trails, Christmas card scenes through otherwise  inaccessible terrain, exhilaration, exhaustion, and a sense of accomplishment from completing something so challenging without giving up. In the words of Helen Keller, “Life is either a daring adventure or nothing at all.” 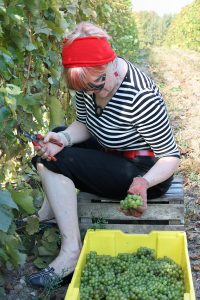 Of course, one might trek just to enjoy what makes our region special—a weekend art tour in Merrickville, the panoramic beauty of Eagle’s Nest near Calabogie, the covered bridges of the Gatineau, the scenic splendour of the 1000 Islands, the peace of a forest hike anytime. “Not all those who wander are lost,” wrote J.R.R. Tolkien. Certainly not I.

Admittedly, not all memories are pleasant. One weekend we joined friends for a houseboat cruise on the Ottawa River. The rental couple were new to the business. As a sailor, so was I. On Saturday afternoon, threatening black clouds and gale-force winds ripped down the river. Our boat’s owner came racing to us in a motorboat, led us to a sheltering cove he knew, and staked the boat to shore with less than a minute’s grace. Had he not, I might be telling this only in the afterlife. By morning the storm had passed, but both the land and boat were unpleasantly soggy. We stayed aboard, where our radio could pick up only the local station from Pontiac, Quebec. It broadcast a church service. Among the hymns: “Will your Anchor Hold in the Storms of Life?”

Such close danger, too, becomes a reward of travel. Philosopher George Santayana once suggested that people need to escape sometimes to “some pure hazard, in order to sharpen the edge of life.” You don’t have to travel far from home to do that.