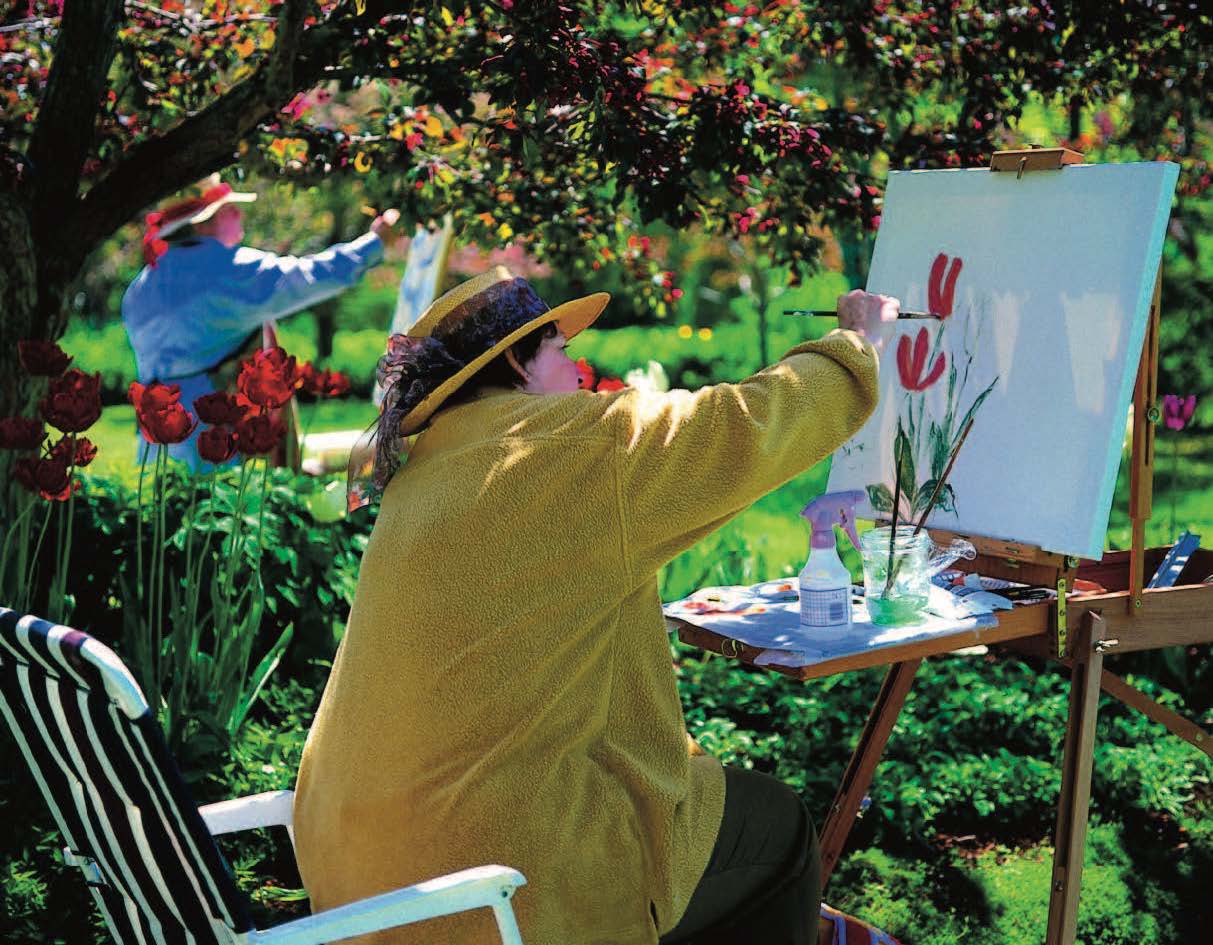 20th anniversary of the International Garden Festival in Gaspésie

Award-winning tour operator Eating Europe has launched a tasty new food tour in Europe. The three-and-a-half-hour walking tour takes place in the medieval town of Haarlem, hailed by many as the gastronomic capital of the Netherlands due to its food markets, cafes and restaurants. Featuring seven authentic tastings at stops such as cafes, cheese shops and a church-turned-brewery, the food tour offers the opportunity to experience culinary insights into the quintessential Dutch lifestyle by meeting vendors and sampling regional dishes such as kibbeling (a snack consisting of battered chunks of deep fried fish), bitterballen (a meat-based finger food) and drop (licorice in various flavours). Eating Europe also offers culinary walking tours in Italy, London, Amsterdam, Prague and Paris. eatingeurope.com

Summer by the sea in Kennebunkport, Maine

For a relaxing summer by the sea, head to the quaint coastal town of Kennebunkport, Maine where nine luxury properties in the Kennebunkport Resort Collection make the perfect base to enjoy beaches, whale watching and sailing excursions. New on the scene is the Yachtsman Hotel and Marina Club featuring harbourfront views and a unique floating barge swimming pool. It’s also walking distance to major attractions and restaurants such as The Burleigh featuring a brand new brunch menu. Hidden Pond, another resort in the collection, features private one and two bedroom cottages with screened porches, floor to ceiling stone fireplaces and outdoor rain showers. Hiking trails, a beach shuttle and spa set in the treetops round out the amenities. kennebunkportresortcollection.com

Frontiers North Adventures, a leader in sustainable travel in Canada’s North, has released their 2020 Trip Collection. The adventures feature journeys to extraordinary locations within Manitoba, including Riding Mountain National Park, a diverse wilderness that’s home to rolling valleys, numerous rivers, lakes and waterways as well as a range of wildlife such as moose, black bears, bison and more. Frontier North’s Big Five Safari features Riding Mountain National Park and the deep gorges of the Manitoba Escarpment, followed by Churchill where the boreal forest gives way to the barren tundra and Hudson Bay, habitats for the mighty polar bear and beluga whales. The tour is led by a professional interpretive guide and has a maximum group size of 18 people. frontiersnorth.com

Situated in the heart of the Alps between Switzerland and Austria, the principality of Liechtenstein is the sixth smallest country in the world. In 2019, this tiny alpine country will be celebrating its 300th anniversary with a range of special events leading up to its State Holiday on August 15, 2019. Highlights of the Jubilee celebrations include museum exhibits, a traditional party in the capital city of Vaduz as well as the launch of a mobile app showcasing special historical spots along a 75-kilometre trail travelling through 11 municipalities. 300.li

Michele Peterson is an Ontario-based travel writer. She can be reached via michelepeterson.com.