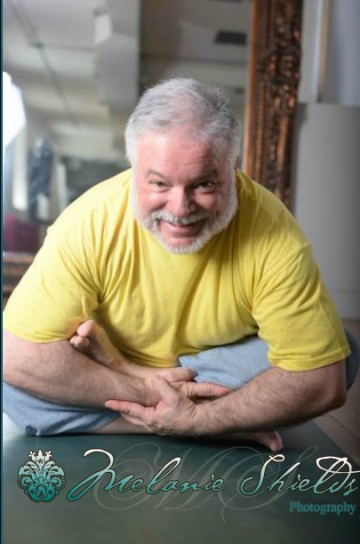 The year 2015 is a lost year for me. Three different cancer operations in January, June, and December will do that. I made it through… surviving cancer. However, I found that I re-emerged not as a cancer survivor but as a thriver.

It is funny how the mind works. I seem to remember not only the dates of my surgeries and medical appointments but also every detail. Yet, I must always calculate my kids’ birthdays based on when Sweetheart and I got married. I guess traumatic experiences heighten our awareness of “now”.

It was November 19, 2014, when I was given the straight up diagnosis from my family physician – renal cell carcinoma. I drove home in a daze, shocked as I translated it over and over in my mind… kidney cancer.

I sat Sweetheart on a chair in the dining room. “Honey, I have cancer.” There it was – in the open – and we cried. Two days later I turned 56… “Happy Birthday to me,” I exclaimed angrily.

Within the next week, I saw two urologists. Each added another diagnosis; two bladder cancer nodes and prostate cancer.

Now we were really in shock.

One of the many characteristics of Sweetheart that I love is her practical sense – she kept me from panicking all over the place. She has lived by always taking one step at a time and not overthinking situations.

December 21 is the winter solstice – the darkest day of the year – and it was the day I saw my future vanish. It was my darkest day. I let go of any future outcomes, life plans or hopes. I focused on the next steps.

A plan unfolded. I underwent bladder surgery to remove the two nodes on January 14, 2015. In February, I had two biopsies. The kidney one confirmed the need to remove the mass and a surgery date was set. The prostate one was not conclusive and it was decided to retest in six months.

On June 29, 2015, my right kidney had a mass removed the size of a cherry tomato. The laparoscopic procedure was painless enough. I had a one week stay in hospital and nine weeks off work.

The follow-up prostate biopsy in September, 2015, confirmed that I had prostate cancer. It was removed by open surgery on December 1, 2015. That one really hurt.

Although, I was physically healing… I was an emotional wreck. What was I to do now? I still had a wait and see outlook. Many follow-up tests would ensue. It would take some convincing for me to believe that it was all gone.

In my mind, I still had no future. Yes, I survived… so far. I guess that is it. I always felt like I had Damocles Sword overhead, never knowing when it would fall.

Surviving – a residue of an experience, the leftovers of trauma, a legacy to live with.

Surviving – is not a way to live.

January 10, 2017, seemed to be the turn-around date. My urologist gave me an all clear result on the prostate test – the fourth one. I have no recurrence of either the bladder or kidney tumors.

I sought psychological help to work through my residual fears. And now, I am at a place where I am not surviving. I have left that behind me.

I have a future again, a bright future, that I will share with my Sweetheart. I am thriving – blossoming, growing, prospering, flourishing, and succeeding.

I am not a cancer survivor – I am a thriver.