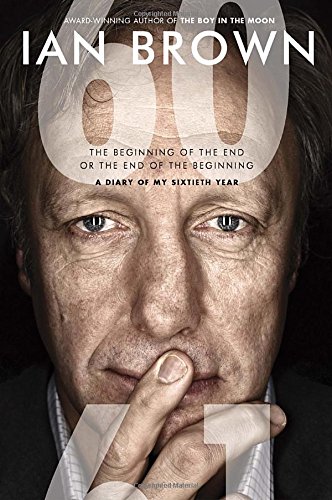 From the author of the award-winning, The Boy in the Moon, comes a wickedly honest and brutally funny account of the year in which Ian Brown truly realized that the man in the mirror was actually…60. This book is a report from the front, a dispatch from the Maginot Line that divides the middle-aged from the soon-to-be elderly. As Ian writes, “It is the age when the body begins to dominate the mind, or vice versa, when time begins to disappear and loom, but never in a good way, when you have no choice but to admit that people have stopped looking your way, and that in fact they stopped 20 years ago.”

Ian began keeping a diary with a Facebook post on the morning of February 4,2014, his 60th birthday. As well as keeping a running tally on how he survived the year, Ian explored what being 60 means physically, psychologically and intellectually. “What pleasures are gone forever? Which ones, if any, are left? What did Beethoven, or Schubert, or Jagger, or Henry Moore, or Lucien Freud do after they turned 60?” And most importantly, “How much life can you live in the fourth quarter, not knowing when the game might end?” With formidable candour, he tries to answer this question: “Does aging and elderliness deserve to be dreaded – and how much of that dread can be held at bay by a reasonable human being?” For that matter, for a man of 60, what even constitutes reasonableness?