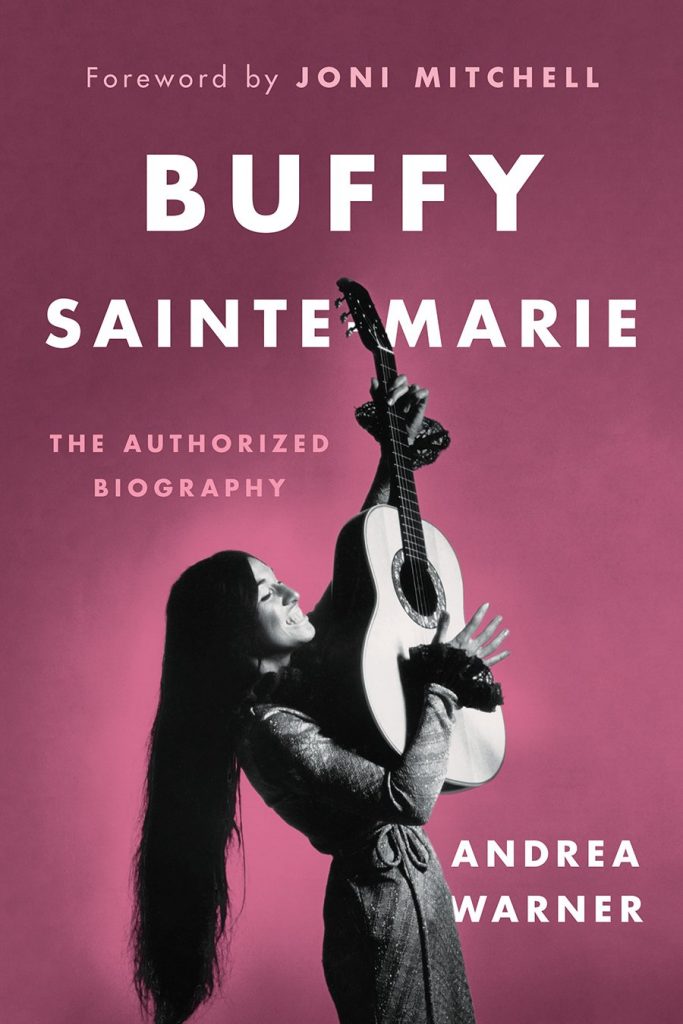 Longlisted for the 2019 George Ryga Award for social awareness, this biography about Buffy Sainte-Marie is a powerful, moving study of the iconic Cree singer-songwriter. Written by acclaimed Canadian music journalist Andrea Warner, with a forward by Joni Mitchell, the book is described as offering “an unflinchingly honest, heartbreakingly real portrait of the woman herself, including the challenges she experienced on the periphery of showbiz, her healing from the trauma of childhood and intimate partner violence, her commitment to activism, and her leadership in the protest movement.” For 55 years, since her debut of It’s My Way! in 1964, Buffy Sainte-Marie has redefined activism through music. In April, she was inducted into the Canadian Songwriters Hall of Fame, and in February she was honoured with the People’s Voice Award at the 2019 International Folk Music Awards. Over the years she has been blacklisted by two U.S. presidents, earned an Oscar — the only Academy Award won by an Indigenous artist to date, and released 20 albums.