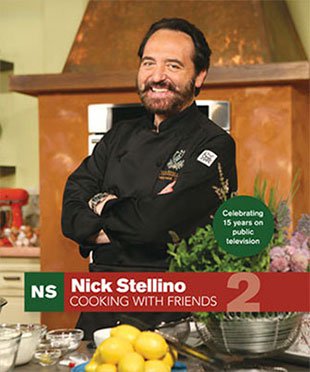 Nick Stellino is an Italian-American TV chef and cookbook author whose cooking shows on public television have included Storyteller in the Kitchen, Cucina Amore and Nick Stellino’s Family Kitchen. Born and raised in Palermo, Italy, he grew up in a family of talented cooks who passed along their cooking passion and know-how. After moving to America in 1975, he went on to publish 12 cookbooks and star in multiple television cooking shows. To celebrate 25 years on the screen, he’s now offering a free download of his electronic cookbook, Nick Stellino: Cooking with Friends 2. Humorous, helpful, and appetizing, this culinary guide features expert tips and recipes for home cooks of all levels. The giveaway is available through August 11 at createtv.com/nick.