The good news for seniors considering moving to a retirement community is that the majority are pet-friendly these days. Knowing the connection with a much-loved animal will not be affected by what will probably be the final move makes the decision much easier. 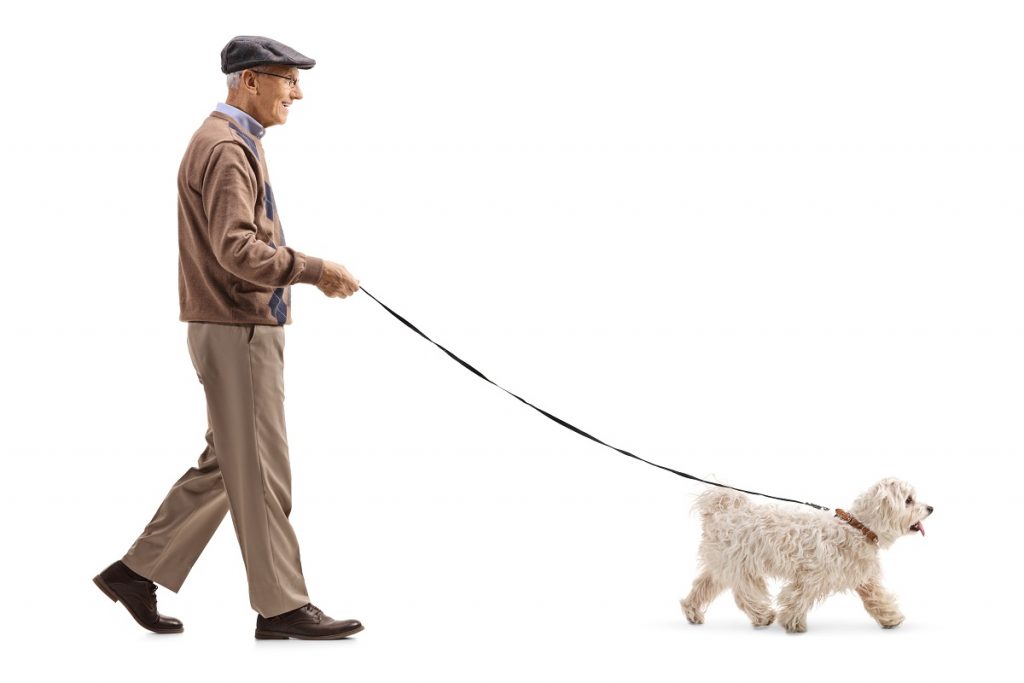 It is also good for a person’s health. Numerous studies over the years have demonstrated that the responsibility of owning a pet gives someone a sense of purpose, quite apart from the direct health benefit of exercise on regular dog walks. The companionship and love provided by the animal counters loneliness and makes a huge difference to any day. Even simply stroking a furry being is calming and has the added health benefit of lowering the human’s blood pressure. 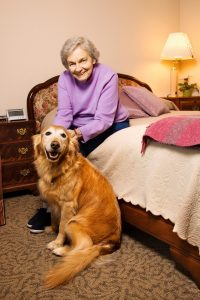 Recognizing that people connected by the human-animal bond generally live longer and happier lives makes being pet-friendly the norm most of the time today. But be aware that the term can be interpreted differently. Usually, residents in senior homes are able to bring one or, perhaps, two pets provided they are able to care for the animals’ needs themselves and the animals do not bother other residents. There may also be restrictions on just where on the property animals are permitted.

At the other end of the pet-friendly spectrum, some retirement communities include helping to look after residents’ pets as part of the customized care programs they offer. The care might include such essentials as ensuring the person’s animal has fresh food and water and kitty litter boxes are cleaned regularly.  It may also entail providing company for dog-walking or assuming dog-walking duties if a resident becomes housebound or too weak to walk the dog alone.

Other interpretations of the pet-friendly designation include a property having one or two mascot pets or ambassadors, usually owned or cared for by a senior member of the staff. A residence may also welcome periodic visits from therapy dogs and their owners. Both are ways to give residents at least some regular connection with animals and keep them smiling.

The only pet-friendly limitation that seems very unfriendly to me is imposing a restriction on weight. Some retirement communities and some general rental properties include a “25 pounds or less” clause while claiming to be pet-friendly.

This seems particularly unfair when the majority of larger dogs seems so much calmer than the little guys. I am not trying to set up a big-versus-small competition here. I’m just pointing out that categorizing by weight is just as unfair as imposing a breed-specific ban. Any banning should be saved for a particular animal that might cause harm through aggression or possibly excessive noise. 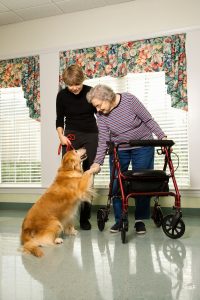 Various studies have noted that smaller dogs tend to be much more excitable and often more pugnacious or territorial than larger dogs. They are more likely to bark at strangers and be fearful of loud noises, such as thunder or exploding fireworks, where larger dogs take such disruptions in their stride.

Many smaller dogs also tend to less obedient than larger dogs. This may be partly because it is far more important to ensure that an 80- or 100-pound dog such as a bloodhound, golden retriever or rottweiler should not jump up and knock someone over than to worry about a 10- or 15-pound chihuahua, Yorkshire terrier or very energetic Jack Russell trying to climb up a person’s leg. Such differences may have less to do with the innate characteristics of a breed than with the owners’ attitude towards the value of consistent training because of the huge discrepancy in size. But the differences in behaviour remain, nonetheless, as does the unfairness of penalizing a large animal simply for being true to his larger-breed status.

One of the justifications for the weight/size restriction may be a concern that large dogs require more exercise than the smaller canines who expend energy by rushing around indoors. Perhaps there is some truth in this, but many low-energy, large breeds, such as various types of mastiff, require a comparatively small amount of exercise in relation to their size. Further, when we are talking about long-time canine companions going with their owners to a retirement home, the animal is likely to be a senior dog, so will have slowed down considerably from the days of his youth.

Administrators of truly pet-friendly establishments should consider the personalities and stages of life of individual animals rather than relying on such generalities as weight. And anyone thinking of moving into a retirement community with their pets should check the interpretation of pet-friendly at a residence very carefully before they and their animals make the move.

Almonte, Ontario, writer Iris Winston is a former Executive Director of the Canadian Federation of Humane Societies. She has been an animal lover all her life. Her pets have always been important members of her family.