Is it the right approach?

The current trend in an increasing number of municipalities across Canada is to call for cats, as well as dogs, to be licensed. Such licensing
bylaws are frequently accompanied by poop-and-scoop, no-roam rules and leash requirements for any cats permitted outside. 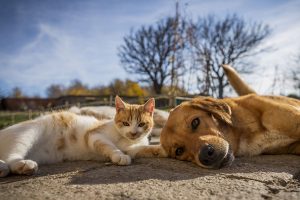 Prescott, for example, now imposes hefty fines on cats or dogs found roaming or not wearing licence tags. Peterborough, Sudbury and Guelph are among several other Ontario municipalities to require cats to be licensed, while Toronto and Ottawa were early adopters of legislation calling for licences for cats over four months old. Montreal has also joined the call for cats to be licensed.

Across the Prairie provinces, Calgary, Edmonton, Regina, Saskatoon and Winnipeg mandate similar legislation. Some B.C. municipalities, such as Victoria, also require cats to be on leashes, while Nanaimo recently passed an indoor-only cat bylaw. Richmond Council, on the other hand, rejected a motion to keep cats indoors and wisely focused its attention on an education campaign promoting responsible pet ownership.(There is some evidence that the rodent population, particularly mice and rats, has increased in some of these cities since bylaws requiring cat confinement have been in place.)

Unquestionably, cat owners should take as much responsibility as dog owners in caring for their animals. But any legislation should take the
differences in dog and cat behaviour into consideration. While microchip identification works well for either species, leashes and collars are not nearly as effective for the majority of cats as they are for dogs. Many cat collars, for instance, are made with a breakaway. This means that if a climbing cat is caught on a tree branch, the collar will snap open. Without the ‘break’ design, he might choke. This type of collar keeps the cat safe but may not have a long life around his neck. It also goes without saying that it is far easier to leash-train a dog than to expect similar discipline from the majority of cats. It is also extremely difficult to deal with poop and-scoop rules for cats, who are usually meticulous about covering and, therefore, hiding their feces. In addition, when constrained by a leash, they may refuse to perform as required. All this to say, cats and dogs are different, so bylaws should respect that difference. A spacious, enclosed outdoor run, complete with turf and toys would, for example, generally be more effective than leash-and-collar rules and would make the cat happier.

One of the reasons for the recent emphasis on legislation affecting cats is a continuing decline in the bird population. Fingers are regularly pointed at cats as the culprits for this. It is true that cats hunt instinctively and that outdoor cats roaming free have more opportunity to kill
small rodents and birds that cross their paths. However, feral cats, rather than well-fed domestic cats, bear more of the responsibility than domestic animals with good homes, and any cat-focused bylaws will not bring about changes in the behaviour of feral animals. There is also evidence to suggest that cats tend to take mainly weak or sickly birds, many of whom would probably have died anyway or have been attacked by another predator. Millions of birds die naturally through starvation or disease, often before they reach breeding age.

Programs directed at spaying and neutering both domestic and feral cats would have a more positive effect simply by reducing the number
of unwanted kittens being born and, therefore, the number of cats without homes. One of the best ways to control the cat population is for municipalities and veterinarians to come together to offer subsidized spaying and neutering rates.

In any case, the severe reduction in Canada’s bird population cannot be attributed to cats alone. The major cause—and this applies to many
species—is loss of habitat. Simply put, human land development leads directly to the demise of millions of birds.

Land clearing, urban spread, agricultural growth, and oil and gas development constantly encroach on wildlife habitat. Add logging, wildfires, pesticide use, climate change, rising sea levels, collisions with buildings, cell phone towers, wind turbines, and power lines; and it is no surprise that the bird population has dropped drastically. According to most research, the population decline is around 30 per cent, with an even greater drop to more than 40 per cent in grasslands since 1970. A positive approach to saving birds is needed. Preserving habitats,
particularly for endangered species, developing bird sanctuaries, and even such simple measures as making the window glass on buildings
more visible to birds would have a much greater effect than imposing largely unworkable restrictions on cats.

Almonte, Ontario writer, Iris Winston, is a former Executive Director of the Canadian Federation of Humane Societies. She has been an
animal lover all her life. Her pets have always been important members of her family.